Who are Rishi Asita and Devala?

Recently, while searching for the information about Pravara (प्रवर​) regarding this question, I found that Pravara refers to best among Rishi who are seer of Vedic hymns.

Following is some useful information regarding Pravar from the article (the article is in Hindi language, I'll try to provide English translation if needed) I mentioned in comment:

Now it shows three Pravara of Shandilya Gotra as follows:

I want to know Who are Rishi Asita and Devala? Is there any mention of him in Vedas (as a Mantra Drashta Rishi?) or Brahmanas of Vedas? Is there any information about him available in any Brahmanas or Puranas?

Who are Rishi Asita and Devala

Its said in Kurma Purana -Chapter 19 -that sage Kashyapa performed great penance for sons and as a result of his penance Sage Asita was born.

Suta said :- With the desire of begetting more sons for the increase in the worldly population Kashyapa performed great Tapas for the continuity of Progeny.

As a result of his performing so severe penances , he produced two sons namely Vatsara and Asita. Both of them were well versed in Vedas.

So Rishi Asita was son of Sage Kashyapa.

Sage Asita has the distinction of declaring Baby Krishna as eternal divine person , as written in English Translation By Swami Gambirananda Gita verse 10.13

Rishi Asita is also mentioned in [**Bhagavat Purana**][3] Skandha 11 Chapter 1 – verse 12 – here its said that along with other Rishi’s sage **Asita** was called to Vasudeva’s house to perform such auspicious religious activities.And later sent to Piṇḍāraka by Shree Krishna The Sage Asita and Devala are related as **father and son** .The Kurma purana Chapter 9 -Verse 5 -contains following reference about them.

Asita produced a son who was well versed in Vedas from his wife Ekaparna .He was known as devala ,who was great preceptor of Yoga as well as performed great penance.

Rishi Kashayapa Devala is the Rishi of some 20 suktas of **Rig-Veda 9.5 to 24** , Asit Kashayapa rishi is substitute Rishi in it.He was the son of the Rishi Asti and Ekaparna and the disciple of Ved-Vyasa .He composed deval smiriti.He is the rishi who cursed Gandharva Huhu to become a crocodile who is the villan of the famous Gaja-grahya Yuddha .

Vaishampayana said, "In that tirtha lived in days of yore a Rishi of virtuous soul, named Asita-Devala, observant of the duties of Domesticity. Devoted to virtue, he led a life of purity and self-restraint. Possessed of great ascetic merit, he was compassionate unto all creatures and never injured anyone. In word, deed, and thought, he maintained an equal behaviour towards all creatures. Without wrath, O monarch, censure and praise were equal to him. Of equal attitude towards the agreeable and the disagreeable, he was, like Yama himself, thoroughly impartial. The great ascetic looked with an equal eye upon gold and a heap of pebbles. He daily worshipped the gods and guests, and Brahmanas (that came to him). Ever devoted to righteousness, he always practised the vow of brahmacarya. Once upon a time, an intelligent ascetic, O monarch, of the name of Jaigishavya, devoted to Yoga and rapt in meditation and leading the life of a mendicant,

It’s said in the Bhagavata Purana that Rishi Devala cursed a Gandharva named HUHU and he became the crocodile of famous Gajendra-Moksha story.

The best of the Gandharvas, King Huhu, having been cursed by Devala Muni, had become a crocodile. Now, having been delivered by the Supreme Personality of Godhead, he assumed a very beautiful form as a Gandharva.

Here is What this ShodhaGanga article says about Rishi Devala - 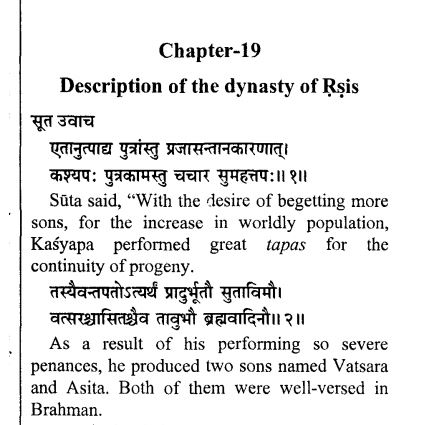 Not the answer you're looking for? Browse other questions tagged rishi gotra .

6
Which characters of Mahābhārata are also mentioned in the Vedas?
6
What are the Pravaras used at the time of sankalpam?
3
What were the Buddha's agreements and disagreements with Hinduism?

6
Why are there no Rishi in the current time?
11
Who was Maharshi Garga?
5
Who was the Rishi Katyayan who became father of Goddess Katyayini?
2
Who was Sankhyanasa rishi and what is his gotra pravara?