What do we know of the lives of Parvati's sisters Ekaparna & Ekapatala?

The Vayu Purana mentions Parvati as having four sisters: 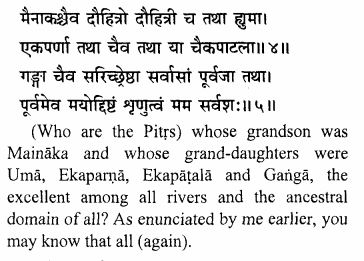 I also came across the following passage in the Harivamsha:

The king of the mountains had three daughters through Mena: Aparna, Ekaparna and Ekapatala as the third. These three performed austerities that were extremely difficult even for the gods and the danavas. They thus tormented the worlds, with their mobile and immobile objects. Ekaparna had only a single leaf for food. Ekapatala only ate a single patala flower. One of them ate nothing at all. Miserable and driven by maternal affection, her mother said, “Uma” and tried to restrain her. The goddess, the performer of extremely difficult austerities, was thus addressed by her mother. In the three worlds, the beautiful one came to be known as Uma.

The great-souled and intelligent Asita-Devala was a great brahmana and a preceptor of yoga . Ekaparna was given to him as a wife.

Know that, in a similar way, Ekapatala was bestowed on Jaigishavya.

We know enough stories about Ganga but does any other scripture mention any details about the other two sisters of Uma and their spouses?

5
What is the significance of deity forms of navrathri?
12
Is Mahishasura Mardini Lakshmi or Durga?
2
Is Bala Tripurasundari the daughter Parvati?
8
What is Siddha Kunjika Stotra?
5
Does anyone know the name of this goddess?
6
What is the actual name of these mysterious goddesses?
8
Was Goddess Gayatri really a cowherdess?