Whose avatar was Sri akkalkot swami?

He was a famous saint from maharastrian bhakti movement. He used to live in akkalkot which is a pilgrim place now

Sri Swami Samarth Maharaj of Akkalkot is considered as an incarnation of Shree Dattatreya. In this incarnation Shree Narasimha Saraswati had also personally manifested.

In the year 14th or 15th century, there was a serious calamity due to Muslim invasion in India. During this transitory period Sri Narsinha Saraswati, by his actions advised Brahmins to carry on the duties as prescribed in the Shastras . Sriguru gave relief to the lowest category of the people from their misery and directed them towards the devotional path. He even enlightened Muslims and the rulers of their period. Later on in the 18th century manifested himself in the form of Sri Swami Samarth. This was the transition period of British invasion in India, and hence Sri Swami Samarth manifested himself in the most unusual form of an accomplished ascetic. Therefore, during the period of his incarnation he exerted more importance on good conduct and devotion than the duties in regard to the four castes and four stages of life. Page No -65

The role of this incarnation was to morally uplift all classes of people especially those who are at lower level. 18 th century was the transition period of British invasion . And at that time Shree Narsinha Saraswati manifested himself as Swami Samartha to guide the people on good conduct.

The book describes many miracles and various other simlar instances where his devotees , including royal families accepted his divinity. And from his own teachings and sayings his devotees came to know about this incarnation. 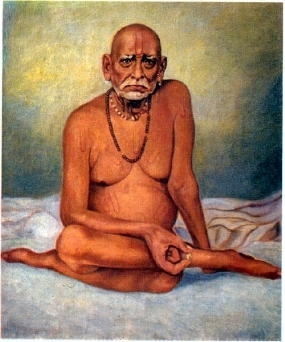 Not the answer you're looking for? Browse other questions tagged avatars saint .

21
Why do Gods take avatar?
3
Whose avatar was Sri RAghavendra Swami?
5
Whose avatar was saint Jnaneshwar?
3
What are the miracles associated with Sri Trailanga Swami?
3
What is the story of chokha mela?