What were the special powers of MeghanAda?

Ravana's son MeghanAda was believed to possess mighty special powers and siddhis which made him almost impossible to defeat.

These shaktis also made it difficult for lord Rama's army to defeat him.

What were those special siddhis or maayaavi powers which made him invincible? 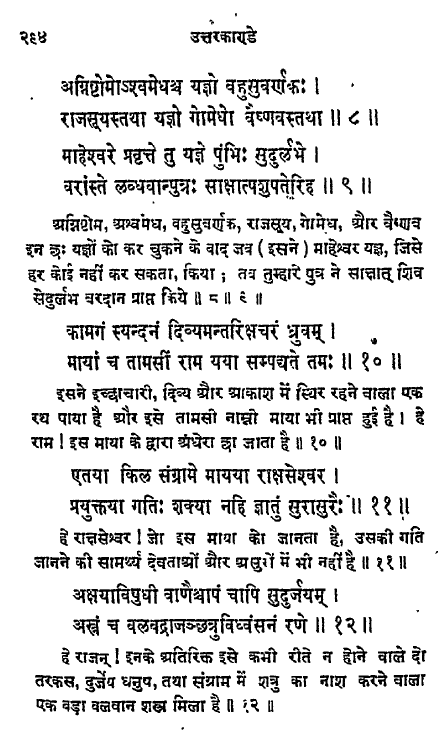 O king ;thy son hath met with the fruits of many a sacrifice Agnistoma, Asvamedha, Bahusuvarnaka. Rajasuya, Gomedha and Vaisnava. And being engaged in this Maheshvara sacrifice, which is incapable of being celebrated by men, thy son hath obtained boon from Pasupati himself. He has also obtained illusory powers which create darkness or ignorance namely of ranging in the sky, of being eternal, of ascending a celestial car which curses at will and of creating darkness.

O lord of Rakshasas, these illusory powers being usued in a conflict, even the Devas and Asuras shall not be able to perceive his course. Besides he has obtained a quiver, the arrows whereof shall never be exhausted, a bow, which is hard of being got by and a dreadful weapon which destroys enemies in a conflict.

And having resorted to the illusory powers, conferred upon him in yore by Pasupati he entered into the enemies camp and belaboured them. Being invisible in the welkin by virtue of his illusory powers and having brought Indra under the influence thereof he struck him with hundreds of arrows. When Ravana's son came to know that Indra was exhausted he, having bound him up by virtue of illusion, proceeded towards his army. That conqueror of Sakra and subduer of enemies, conversant with illusory powers, was not visible, by whom, Indra, although master of many illusions, was carried away by force.

2 Along with those weapons and boons he got siddhis and a boon of invincibility (in special conditions) from Lord Bhrahma: 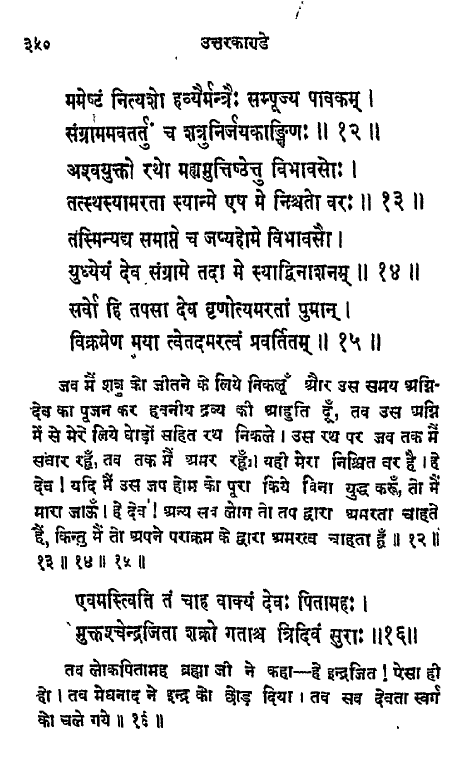 Thereupon the highly powerful Indrajit the subduer of enemies, said "If dost thou say so, O god, I pray for immortality."Thereat the highly powerfulpatriarch said to Meghanada "There is none perfectly immortal on earth amongst created beings birds, quadrupeds and other highly powerful beings." Hearing the words uttered by the grand father the highly powerful Meghanada said to the eternal lord "Hear, then, what I want in exchange for releasing Sakra. May a chariot with horses rise up from fire when I shall offer sacrifices unto it, being desirous of vanquishing my enemies in the conflict. And may I be immortal as long as I shall remain on that car. This is the boon I have resolved upon praying for. May I meet with destruction, O deity, whenever I shall engage in fight without finishing my offerings unto fire. All others, O god, attain to immortality by virtue of devout penances but 1 shall acquire that by dint of my own prowess." Whereto the grand father replied saying "so be it".

5
Who is the Rakshasa named Ravani in Ramayan?

25
When was Ravana hit by the Sudarshana Chakra?
9
Who eliminated Manmatha - Lord Indra?
14
Ramayana ➡ Mahabharata: 31 Ikshvaku Kings. What was the (average) age of those kings?
9
Is invincibility in a battle dharma or adharma?
15
When did Vibhishana stop being king of Lanka?
5
Is it necessary that an enlightened man should possess Siddhis or special powers?
6
Where does the `real Ayodhya` lies and where does the Lord Ram born?