Answer of the question Do Saptarishi exist in today's time? says:

Saptarshis live for a period of Manvantara. So, they are alive now.

Now I have two questions:

I. Jamadagni was killed by Kartvirya Arjuna's sons (Haihayas/Yadavas), so how he is alive?

In olden days, Rama, the son of Jamadagni, in anger at the death of his father, slew with his battle axe the king of the Haihayas. (Source)

How great is the crime that they have committed, in slaying with their deadly shafts an old man like you, wholly occupied with pious cares, and engaging not in strife! Much have they to boast of to their fellows and their friends, that they have shamelessly slain a solitary hermit, incapable of contending in arms!' Thus lamenting, bitterly and repeatedly, Ráma performed his father's last obsequies, and lighted his funeral pile. He then made a vow that he would extirpate the whole Kshatriya race. (Source)

Vishvamitra was a kshatriya king earlier. But when Vasishta destroys all the weapons employed by Viswamitra (including Pasupata and Brahmastra) with his Brahmadanda, Viswamitra uttered these word:

Shame Where is the might of a kshatriya? The energy of a brahmin is the real energy. The staff of Brahma has singly destroyed all my weapons. Now I have realised the reason. With clear mind and senses, I shall undertake intense penance which will earn me brahminhood. (Valmiki Ramayana 1.56.23/24)

As I mentioned in my comment, Jamadagni was revived by Bhrigu and the reference story comes from the Brahmanda Purana Madhya Bhaga Upodghata Pada Chapter 30 (The relevant text can be found on page 512 : 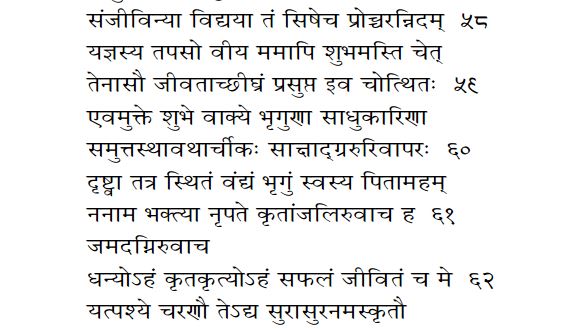 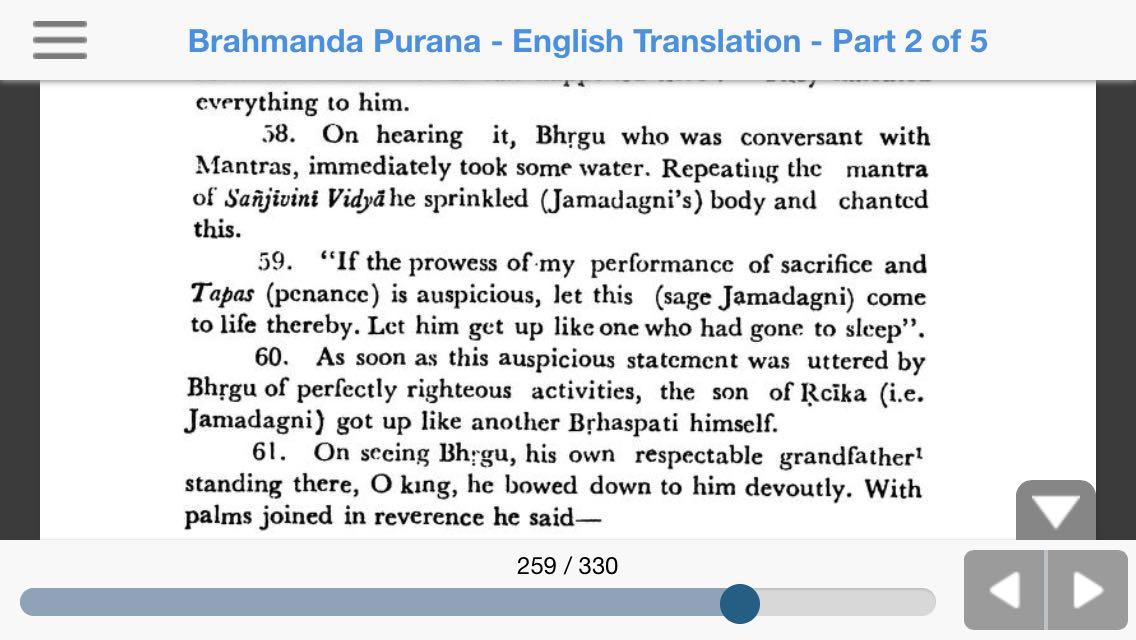 As regards the question about Vishwamitra, I am not able to get any scriptural references but shall update the answer if I do.

Not the answer you're looking for? Browse other questions tagged mahabharata ramayana rishi vishwamitra saptarshi .

10
Resurrection stories in Hindu scriptures?
14
Why did Lord Krishna give another life to Parikshit? Was it the only way? Why didn't Pandavas plan another child?
13
Do Saptarishi exist in today's time?
6
Brahmarshi Maharishi Rajarshi Devarishi

8
Did Ravana kill Brihaspati's brother?
6
Why did Vishwamitra approach only Lord Rama to kill Mareecha and Subaahu?
8
Who eliminated Manmatha - Lord Indra?
15
Did Rama know that he was Avatar of Lord Vishnu?
9
On Identity of Sage Valmiki
5
Exactly when did Vishvamitra become Brahmarshi?
3
How many times did Lord Paraśurāma extirpate kṣatriyas?