KalaSarpa Dosha - A Myth or Reality in Astrology?

What exactly is the Kala Sarpa Dosha or Yoga? Does it actually exist in Vedic astrology?

According to Astrology, what is the mystery behind this?

Kala Sarpa Yoga is formed when all the planets lie on one side of the nodal axis (Rahu-Ketu axis) in the horoscope.

Even modern masters like B. V. Raman and K.N. Rao also dismissed its role in natal chart analysis.

The widespread belief in Kala Sarpa Yoga is really unfortunate. 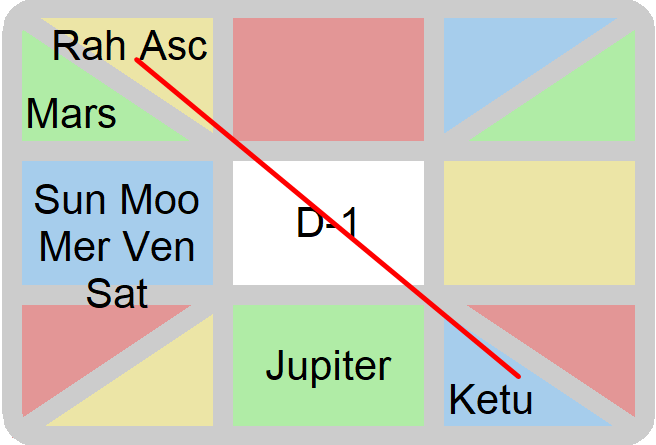 Notice that five consecutive houses on one side of the Rahu-Ketu axis are empty.

Not the answer you're looking for? Browse other questions tagged vedas astrology kundali horoscopes .

4
What is "kaal sarpa dosha/yoga"? What are the solutions?
2
Is doing shanivaar(Saturday) vrat found in any scripture?

2
what is Nadi Astrology(nāḍi jyotiṣa) in Hindu astrology
6
Is the practice of kundalis matching part of the core Hindu doctrine?
11
Which scriptures mention about Sutak dosha (various prohibitions on child birth)?
7
How is birth time rectification done in astrology?
2
Vedic astrology And Lal kitab