What is the story of the Lakshmi Narayana statue in Srivilliputhur?

I'm currently visiting India, and I just went to Srivilliputhur, which is the birthplace of two of the 12 Alwars, namely Periyalwar and his daughter Andal. Srivilliputhur has two Vishnu temples: the Andal temple, where Andal was born, and the Vadapatrasayee temple, which is the actual Divya Desam of the place and inside which Periyalwar was born. Now the main statue of the latter temple is Vadapatrasayee Perumal, a green-color statue of Vishnu lying down on the serpent Adiseshan. The story of the temple is that once Vishnu took an incarnation as Varaha to defeat the demon Kalanemi, then he turned back into Vishnu and took rest, lying down under a banyan tree. 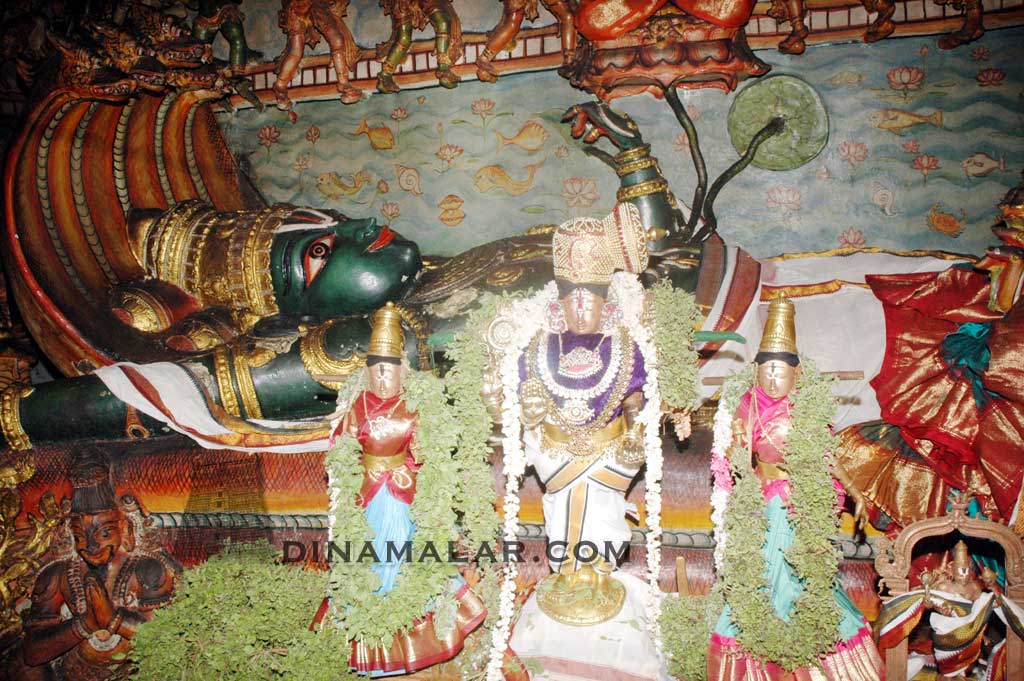 But there is one more Vishnu statue in the ground floor of the Vadapatrasayee temple. It's called Lakshmi Narayana Perumal, and it depicts Vishnu sitting with Lakshmi on his lap. It's a very ancient statue, in fact it was Periyalwar's Kuladevata.

My question is, what is the story of the Lakshmi Narayana Perumal statue in Srivilliputhur? Is it also connected to the story of Vishnu killing Kalanemi? Or was it installed by Villi, who built the Srivilliputhur temple? It has to be quite old if it was worshiped by Periyalwar's family for generations.

9
What is the story of Vishnu appearing to sage Markandeya in Thiruvidanthai?
4
What scriptures describe the story of Vishnu's “subservience” to Lakshmi in the Nachiyar Koil temple?
3
Why does Thirumazhisai Alwar say the Pandava Thoothar statue of Krishna is older than him?