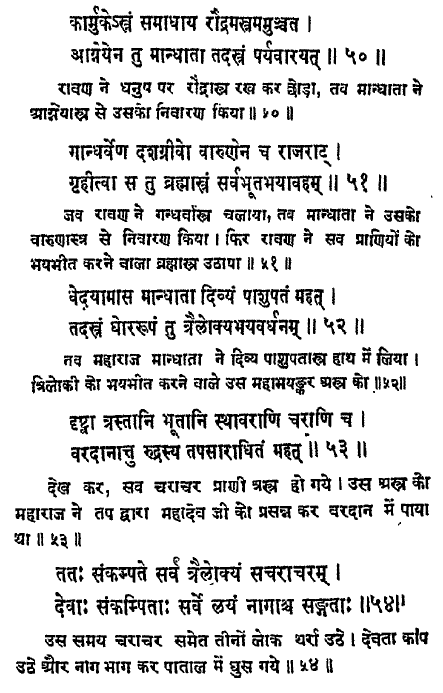 14
Did Ravana ever attack the Ikshvaku king Dasharatha?
8
Why is it forbidden to marry a person with the same Gotra?
5
What was Ravana's age when Sri Rama killed him?
10
What was the purpose of Vishnu's incarnation as Rama's ancestor Mandhata?
0
Did Ravana's boon of invulnerability include the trimurtis?

28
Was Ravana actually a villain? Or was he a devotee of Lord Vishnu?
25
When was Ravana hit by the Sudarshana Chakra?
2
Why there was Amrit under the Naabhi(Navel) of Ravana? Is it true?
1
Which king was more powerful between Kārtavīryārjuna and Rāvaṇa, and did they ever share their thrones with each other?
6
Was Rishi Agastya the uncle of Ravana?
12
Was Ravana a vegetarian?
3
Which scripture mention an encounter between Ravana and Ikshvaku king Raghu?
14
Did Ravana ever attack the Ikshvaku king Dasharatha?