Is the name Kabeer mentioned in the Vedas ? Is Kabeer Das a god According to the Vedas?

I was challenged by a person who told me that kabeer das is a god. According to the Vedas and that he contributed a few Vedic lines but I don't know much about the Vedas, but have a huge respect for it. Please clarify. 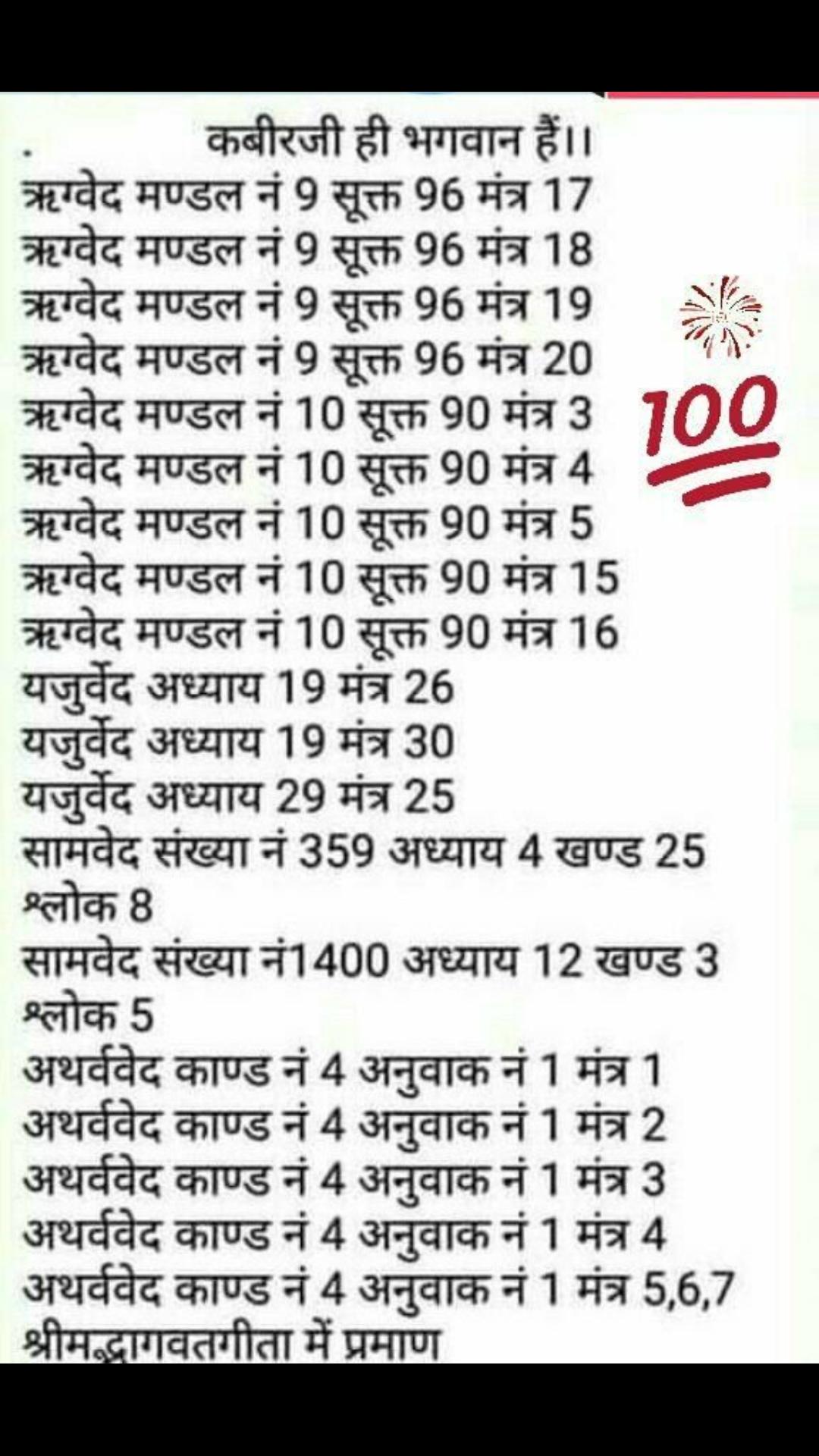 The short and definite answer is NO. There is not a single word about kabir in vedas.

All those above references are false interpretations. For example: Rigveda mandal 10 Hymn 10 mantra 3(as in above list) is https://en.wikisource.org/wiki/The_Rig_Veda/Mandala_10/Hymn_90

The original sanskrit mantra is available in pdf file http://www.sanskritweb.net/rigveda/rv10-006.pdf

There is no mentions of kabir there.

What trick Rampal does is that he will (intentionally) mis-interpret "greatness"/mighty/Purusa literal words in above like mantras as talking about "kabir" word (The literal meaning of the arabic word 'Kabir' is: "Magnificent; great; big"), and then he will now say that this mantra mentions/points to "kabir" named individual. This is the same trick, which is used by zakir naik too.

In the same way, none of the mantra referenced above contains kabir word in any form. Word "kabir" from Arabic language can in any case how come be in vedic ancient sanskrit language.

Not the answer you're looking for? Browse other questions tagged vedas yajur-veda .

0
Why many people say that supreme god is kabir?
0
What is the origin story of Kaal Brahm in our scripture?