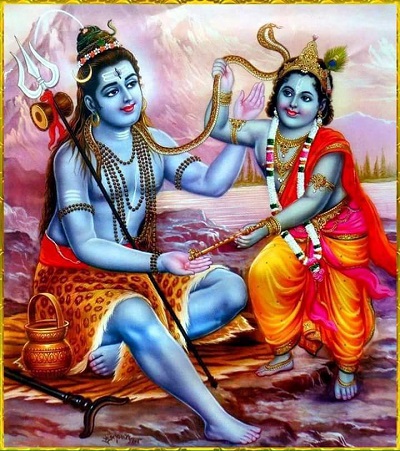 11
Where is it mentioned that Krishna and Rama Worshipped Shiva Lingam?
10
What Scriptures describe Rasaleela of Rudra (Shiva) with Krishna?
2
What's the difference among "Shiva" vs "Shankara" vs "Rudra"?

29
Why Shiva (an asectic god) has family while most other Gods don't?
10
Is Pandu's last wish, not to burn his body but eat it away, real?
13
Why does Vishnu have eight arms when Krishna and Arjuna go to see him?
9
Is there any account of life stories/life styles of ganas of Lord Shiva?
10
How does the names and events reoccur in different manvantara or Kalpa or different universes?
10
Do Vedas or Shruti describe Lord Shiva as Sattva (सत्व)?
11
What is the story of Vyuptakesha incarnation of Lord Shiva?
11
Are there any Puranas that corresponds to a Kalpa where Brahma creates Vishnu?