Do stars come back to the exact same positions after completion of the axial precession cycle?

If the former is true would it imply the exact same star positions mentioned in Vedas, Puranas, Ramayana, Mahabharata repeat again in each axial precession during the same ruling stars?

Let me first mention what exactly Axial Precession is for the benefit of those who may be reading this discussion but may not be aware of the phenomenon:

Simply put, Precession, is the wobbling of the Earth which causes the direction of its axis to change over a period of roughly 26,000 years.

The stars we see from earth do not ACTUALLY move rather this is just the apparent movement because of our planet's various assorted motions including the precession. For anyone watching the night sky from Earth the position of the stars changes little by little and as mentioned in this research paper, the star positions change at a rate of roughly 1 degree every 71.6 years or in simpler terms 1 day per 71 years. 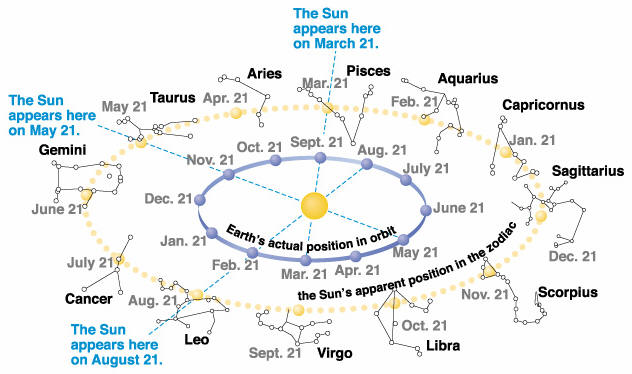 The North Star around 3000 BC, for instance, was Thuban in the constellation of Draco, while today it is Polaris in Ursa Minor, and in 14,000 AD will become Vega in Lyra, before becoming Thuban again sometime around 23,000 AD.

This article from the University of Michigan Astronomy Department confirms that over 26,000 years, we see the entire sky precessing around the axis of the ecliptic. This would mean that all the constellations visible from earth would return to their exact position after roughly 26000 years.

However, not ALL celestial bodies might return to the same position as before:

While the stars and constellations looks exactly the same on any one night as they did a year earlier, the same cannot be said about the Moon and planets which have their own schedules and do not return to their same night sky positions on an annual basis. In ancient cultures, the “fixed” stars were therefore considered different to the few strange “stars” which seemed to vary in brightness and wander freely from one zodiac constellation to the next along an apparent path called the ecliptic, whilst obeying a different set of rules all together. These subsequently became known as planets (“wanderers”), and were associated with the gods, namely the five naked-eye planets of Mercury, Venus, Mars, Jupiter, and Saturn.

The closer a planet is to the Sun the more quickly it appears to move in the sky, with Mercury and Venus changing their positions relative to the stars over just a few days, while the outer planets, such as Jupiter and Saturn, appear to drift slowly from one constellation to another every year or two. To be more precise, the Sun spends around 30 days in each zodiac sign, while the Moon spends around 2.5 days, and visits all 12 signs every 28 days. In terms of the planets, Mercury and Venus take around one year to visit all 12 zodiac signs, while Mars takes around 2 years, Jupiter about 12 years, Saturn around 29.5 years, Uranus around 84 years, Neptune about 165 years, while Pluto visits all 12 zodiac constellations once every 248 years or so.

It is worth remembering that while stars maintain their same relative positions and configuration from one year to the next, they do not retain them over a period of centuries because of Precession. The constellations move one position roughly every 2100 years till they complete the circle in 26000 years to come back to the same position. But the position of the planets and Moon that are included in the Astrologically important 'Navagraha' could be quite different.

So to answer your question - Yes the positions of the stars and constellations as mentioned in the scriptures are the same after each precession cycle but those of the planets and moon might differ hence it is unlikely that EXACT repetition of all astrologically important bodies would be observed. On a side note, this could also be the reason why many Puranas talk about similar events happening in different Yugas differently!

Not the answer you're looking for? Browse other questions tagged history astrology cosmology .

14
ISR says birthdate of Lord Rama is 10th January 5114 BC. What about Kalki avatar?