Does Krishna claim identity with Vishnu as supreme being in Bhagavad Gita? [duplicate]

Ask Question
Asked 3 years, 1 month ago
Active 3 years, 1 month ago
Viewed 429 times
1
This question already has answers here:
What does Krishna say in Bhagavad Gita about his relationships to the Tri-murtis? [duplicate] (2 answers)
Are there any scriptural references of the trinity “Brahma, Vishnu, Mahesh(Shiva)” as depicted in popular culture? (2 answers)
Closed 3 years ago.

He of course claims that HE is supreme. The question is does he recognize other supreme beings and claim he is one with them and they are one with him. When he says "Among Adityas I am Vishnu" “Aditya” refers to 12 sons born to Aditi and her husband Kashyapa. This Vishnu is not the supreme being of Vishnu Purana, Bhagavatam and so forth. Interestingly, the word "Narayana" does not occur in Gita.

(1) This specific question is not answered in response to the other question. The "Vishnu among Adityas" is not an answer.

(2) Arjuna addresses him as"Vishnu" but that is not the same as Krishna claiming to be Vishnu.

In Gita, Krishna has established his identity with all the 3 famous deities: BrahmA -- Vishnu -- Shiva[linga]. This implies that all the ultimate gods are in oneness of supreme One. My answer is based on how Vishnu is depicted in popular culture. 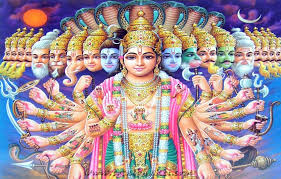 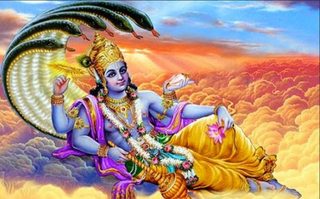 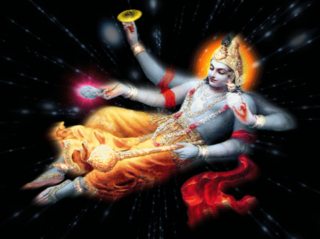 Not the answer you're looking for? Browse other questions tagged vishnu krishna .

5
Are there any scriptural references of the trinity “Brahma, Vishnu, Mahesh(Shiva)” as depicted in popular culture?
4
What does Krishna say in Bhagavad Gita about his relationships to the Tri-murtis?
6
How did the serpent Adisesha become bed for Lord Vishnu?

21
What are the Avatarams of Vishnu described in the Yuddha Kanda of the Ramayana?
6
Why does Vishnu tell Padmavathi that he is a member of the Solar dynasty?
7
What is the story of Vishnu's incarnation Prishnigarbha?
10
Where does the Linga Purana declare Vishnu to be the supreme soul?
16
Why did Sri Krishna say he was VAJRA among weapons?
2
Are some richas in Rigveda dedicated to Vishnu from Adityas and not from Trinity?
13
Where in the Mahabharata does Krishna discuss Archa forms of Vishnu?