Why was Vedanta Desikan's other uncle initiated by Pillai Lokacharya's father? 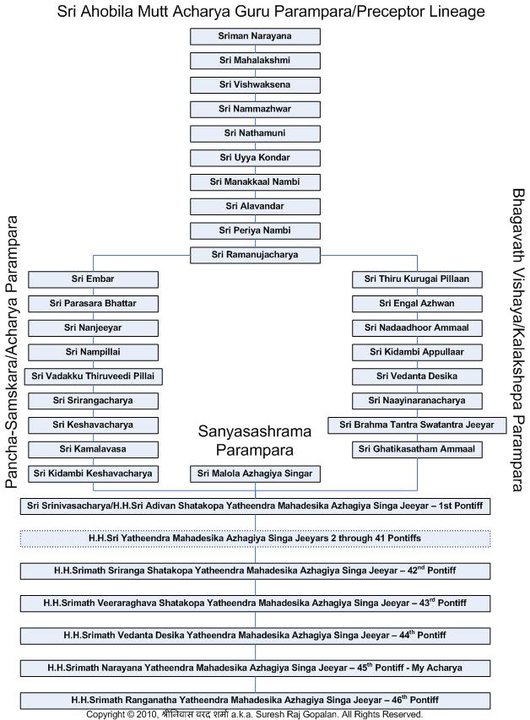 If you look on the left side, you'll see that Adivan Sadagopan's Samashrayana Parampara originates from Vadakku Thiruveedhi Pillai, the father of Pillai Lokacharya. And the name below it is Rangacharya. I found some interesting information about him from this chart published by Sri Rangam Andavan Ashramam. His full name is Kidambi Rangacharya. You see, Vedanta Desikan's mother came from a Swayamacharya family called the Kidambi family, descended from Ramanujacharya's cook Kidambi Achan. And Vedanta Desikan had two maternal uncles, Kidambi Apullar and Kidambi Rangacharya. It was Kidambi Apullar who served as Vedanta Desikan's guru. Now Kidambi Apullar, being a Swayamacharya person, received Samashrayanam from his father, but received Kalakshepam (knowledge) from a famous Sri Vaishnava Acharya named Nadadur Ammal.

Is there a story behind this?

14
Should ONLY ISKCON English translations of Scripture be cited when Traditional versions are also available?

9
What is the connection between Munitrayam and Swayamacharyas in Sri Vaishnavism?
3
What is the Swayamacharya lineage of Srimushnam Andavan?
9
Did Vedanta Desikan debate Tuvarapati Kavalar?
9
What scriptures describe Mahabali stealing Vishnu’s crown and Garuda giving it to Krishna?