What is Ahalyā's birth name?

Is 'Ahalyā' the real name of Gautama's wife or is it an acquired name?

At least, the Monier-Williams dictionary seems to think it's an acquired one. The word is listed as a + halyā:

One of the meanings of halya (not halyā) is 'deformity' so ahalyā probably means 'no longer a deformed person'. If this is the correct etymology of the word, what is Ahalyā's (w/o Gautama) real or birth name?

Is 'Ahalyā' the real name of Gautama's wife or is it an acquired name?

Yes, this is her birth/real name which was given by Lord Brahma. This is given in this chapter of UTTARA KANDA of Valmiki Ramayana:

[Lord Brahma to Indra]: O Chief of the immortals! O lord !, some creatures were created by me by dint of my understanding they were all of the same colour, same speech, and same appearance. There was no diference visible in their appearance or marks.

Thereupon, with whole minded ness, I began to think of these created beings. And I created a female distinct from them.

Collecting all those limbs that were most excellent amongst the created, I made a female under the name of Ahalya.

Hal means ugliness one born from Hal is called Halya. That female was known as Ahalya because she had nothing blameable in her. I gave her that name.

Here are the screenshots of Sanskrit Shlokas: 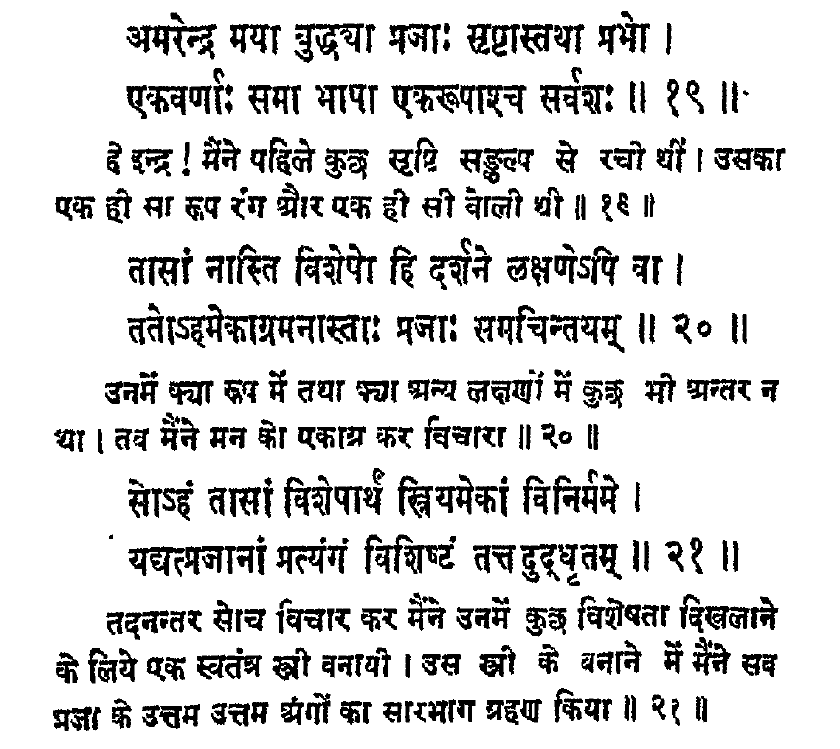 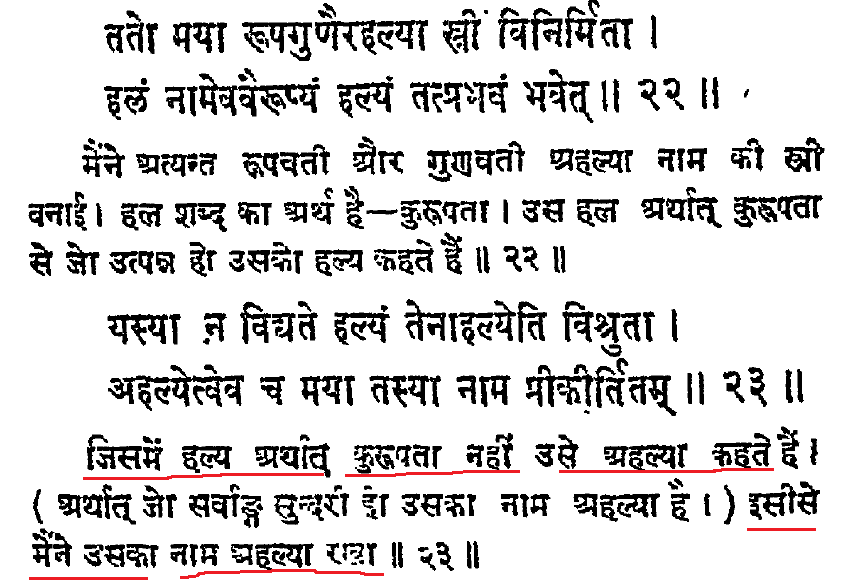 Not the answer you're looking for? Browse other questions tagged ramayana sanskrit name etymology ahalya .