Do the same avatars repeat in each chaturyuga?

The Manache Shlok in Marathi mentions that Ramayana happens once in a Kalpa.

Explanation of this consisted that Ramayana happens once in a kalpa. I am curious to know if all the ten avatars of Vishnu repeat in each Chaturyuga (Mahayuga). 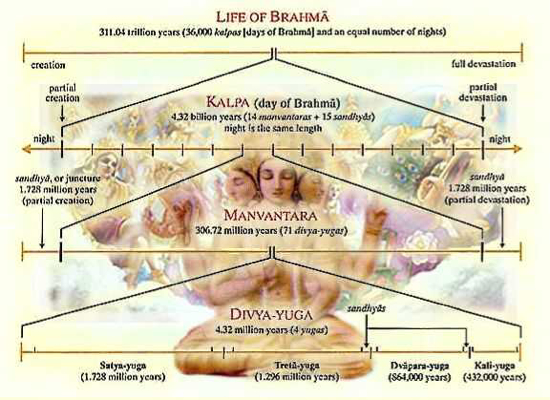 This might give you an idea of how yugas are divided. As far as same thing getting repeated every chaturyug ,i do not reckon any mention of that but in Devadutta Patanaik book "SITA"

Yum comes Ayodhya to take Lord Ram life but he couldn't enter as Hanuman is guarding the gates of Ayodhya. Lord Ram knew about this, so to distracts Hanuman from guarding the gate he drops his ring in river and ask Hanuman to fetch it. Hanuman dive inside the river but he donot find the ring but meet nagas of nagalok. He enquires about the ring but they refuse to tell him until he tell them the story of Lord Ram. So he tells the whole story to them and then enquires about ring. They point in the direction where he can find the ring . When he reaches the location he see heap of rings, each exactly similar to other. He ask which one is of Lord Ram. They say "As many ring, so mang Ram". Life is a cycle. What has happened in the past will again happen in future.Each time a monkey comes to fetch the ring,a Ram dies up there. Hanuman rushes back to Adyodhya to see Ram took Jal samadhi. Block quote

Devdutta researches very deeply before writing his book. So he must taken this from somewhere.

Apart from that We indian believe that what has happened in past will again happen in future, that is why we have a word "kal" for both yesterday and tomorrow.

Yes the Avatars repeat themselves but NOT in every Chaturyga.

In the Yog Vasishtha Chapter 22 Kak Bhushunda, an immortal crow tells Brahmarishi Vasishth of the events of significance that he has witnessed multiple times. In this he mentions many avatars of Lord Vishnu as well:

14 Thrice I have seen the tyrant Hiranyaksha levy his tax upon the gods in heaven, hurling the fruitful earth with all her healing and medicinal plants underneath the ocean.

15 I saw Hari (Vishnu) come down six times in the shape of Renuka’s son, Parashurama, and remove the kshatriya warrior caste for very long periods.

16 O sage, I remember the return of a hundred Kali Yuga ages and a hundred incarnations of Hari in the form of Buddha and as the son of royal Suka or Suddhadana in the land of Kirata.

30 I remember Lord Vishnu descending many times on earth to destroy ferocious rakshasa demons, and is now to appear here the eleventh time under the name of Rama.

31 I know Lord Hari has come down three times in his form of the half lion half man Narasimha to thrash the demon Hiranyakashipu as many times like a lion killing an elephant.

32 Vishnu is yet to be born in his sixteenth incarnation at Vasudeva’s abode for the purpose of rescuing the earth from the burden of the oppression of its tyrant lords and despots.

If the Avatars were repeated in each Chatur-yuga the number of these repetitions mentioned by Bhushunda would be in thousands as he had been around for many Kalpas. This is mentioned in Chapter 20 of the same book:

1 Bhushunda continued:— This world has existed in the previous kalpa in the very same state as it does at present. There is no variation in the formation or location of anything in any way.

2 Therefore, O great sage, I am accustomed to look to the past and present with an equal eye. I will relate the events of my past life and bygone ages for your information as if they exist with me even now.

All these lead us to believe that even though the major Avatars are repeated in different Manvantars and Kalpas, the low numbers of repetition imply that they are NOT repeated in every Chaturyuga.

As per the Sri Roopa Goswami (Laghu Bhagvatamritam), the Kalpa Avatars mostly happen once in a kalpa. Lord Ram has come in the 24th Divya Yuga of this manvantra, we are in the 28th Divya Yuga. The will of Lord is supreme and sometime it may change. Like Lord Vamana has already come twice in this Manvantra.

Not the answer you're looking for? Browse other questions tagged vishnu history avatars yuga .

11
Do same events repeat in every Yuga?
7
Why take different avatar each time?
8
What are the purposes of Vishnu's Vyuha avatars?
12
Can Vishnu's multiple avatars exist at the same time on earth?
3
Avatars of Garuda