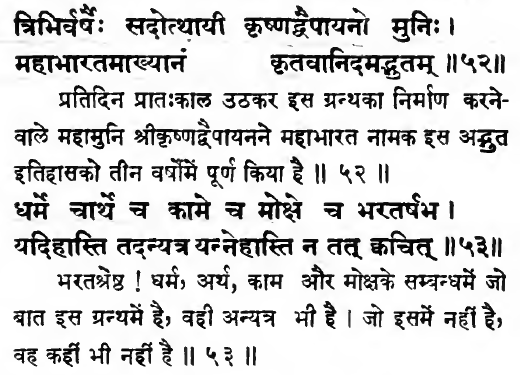 6
Was there any fight between Bheeshma and Lord Hanuman being mentioned anywhere in Mahabharata?
6
Have there been any non-Vedantic commentaries on the Bhagavad Gita?
2
HELP - The book that illuminates the learnings/ideas/message that Mahabharata and Ramayana seek to portray through their stories and characters
5
Are there any statements in Mahabharata that confirm that the shape of earth is not flat?
2
Do Mahabharata or any other scripture says that Bhishma is a Jivan Muktha?
7
Are there sources other than this Mahabharata verse where Shri Veda Vyas is told to be reincarnation of Sage Apantaratamas?