What is the Patra and Mukha mentioned in Isha Upanishad?

Ishavasya Upanishad of Shukla Yajurveda (actaully it's the last part of the Samhita itself) has the following verse-15:

15. Truths face is covered with a golden lid;
remove that, O Pūṣan, that I, Truth’s devotee, may see It.

Hiranmayam =seeming golden, resplendent tena =by such. pātrena =lid, as it were, satyasya i.e., of the Brahman residing in the Solar disc, apihitam =covered. mukham= entrance. tat= (that); tvam =(you); he-pūṣan =O Sun, apāvṛṇu =remove. satyadharmāya i.e., to me who am through meditation on you who are Truth. Or this expression may mean “one that practises true piety” Dṛṣṭaye i.e., for reaching you whose essence is Truth.

As you can see the verse says Mukha of Satya (Truths face) is covered with a Hiranyamaya Patra (golden lid) and requesting Pushan to remove/open that Patra so-that I obtain the Satya!

Btw, This is the title song of one very useful show on Upanishads published in the form of TV Serial named Upanishad Ganga: (I watched all the 52 episodes but this verse is not included/explained in any episode.) 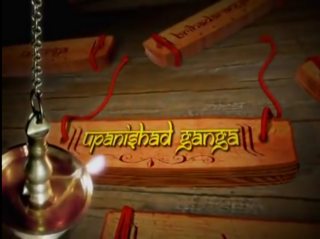 And Adi Shankaracharya's Bhashya doesn't elaborate much on that verse.

It's pretty clear from Shankara's commentary that you have quoted. The golden disc is the visible sun. The rishi is praying to have a vision of the deeper truth beyond the physical sun i.e. the underlying Brahman. The physical golden disc of the sun (symbolically representing the entire physical universe) is brilliant, beautiful and mesmerizing. Hence it is good at hiding the meta-physical truth of Brahman.

Once the Sun has set, the moon has set, the fire is extinguished and Speech as stopped, what light is available to man? Atman is indeed the light. By this light he sits, goes around, does work, returns back.

So it is this truth of Atman that is behind or beyond the physical sun that the rishi is praying to see.

The same truth is expressed in symbolism in the Rig Veda mantra 6.9.7:

All the deities bowed down to you in fear, O Agni, when you are sitting in the darkness.

The "Agni sitting in the darkness" is the same as the "Atman that is the light when physical sun, moon, fire, speech have all extinguished."

Not the answer you're looking for? Browse other questions tagged upanishads shukla-yajurveda .