Regarding which 'tithi' (hindu date) is today, it is said that whatever tithi is seen by the rising Sun, is the tithi for the day.
e.g. if 'pournima' had started yesterday morning 'after sunrise' and ends today after sunrise, then today is pournima. (and yesterday was not pournima)
Is this right? If not, what is the rule?

Let's start with the below table for Sukla Paksha (brighter fortnight) and Krishna Paksha (darker fortnight).

The tithis in the above table start from Sukla Paksha, i.e, the lunar month ends on Amavasya, this method is known as Amanta followed by states in South India, North Indian states follow a different lunar month calculation in which lunar month starts from Krishna Paksha and ends on Poornima (full moon day) and hence called Purnimanta.

The above numbers are index which we will see how to calculate below, they are used to ascertain the running tithi. A lunar day, also known as tithi, means the difference between the longitude of sun and moon changes by exactly 12 degrees, when it happens, a new lunar day or a new tithi starts. A lunar month consists of 30 tithis.

How to figure out Sukla Paksha?

When Moon is ahead of Sun by an amount between 0 degrees and 180 degrees, it is known as Sukla Paksha or brighter fortnight. This is the time when moon is waxing. It is calculated by finding the difference between the longitude of Moon and Sun.

How to figure out Krishna Paksha?

When Moon is ahead of Sun by an amount between 180 degrees and 360 degrees, it is known as Krishna Paksha or darker fortnight. This is the time when moon is waning. It is calculated by finding the difference between the longitude of Moon and Sun.

I use Stellarium Software to find out the current positions of Sun and Moon (and pretty much every other planet / star / few galaxies in universe). At the time of writing this answer, the longitude of Moon and Sun is 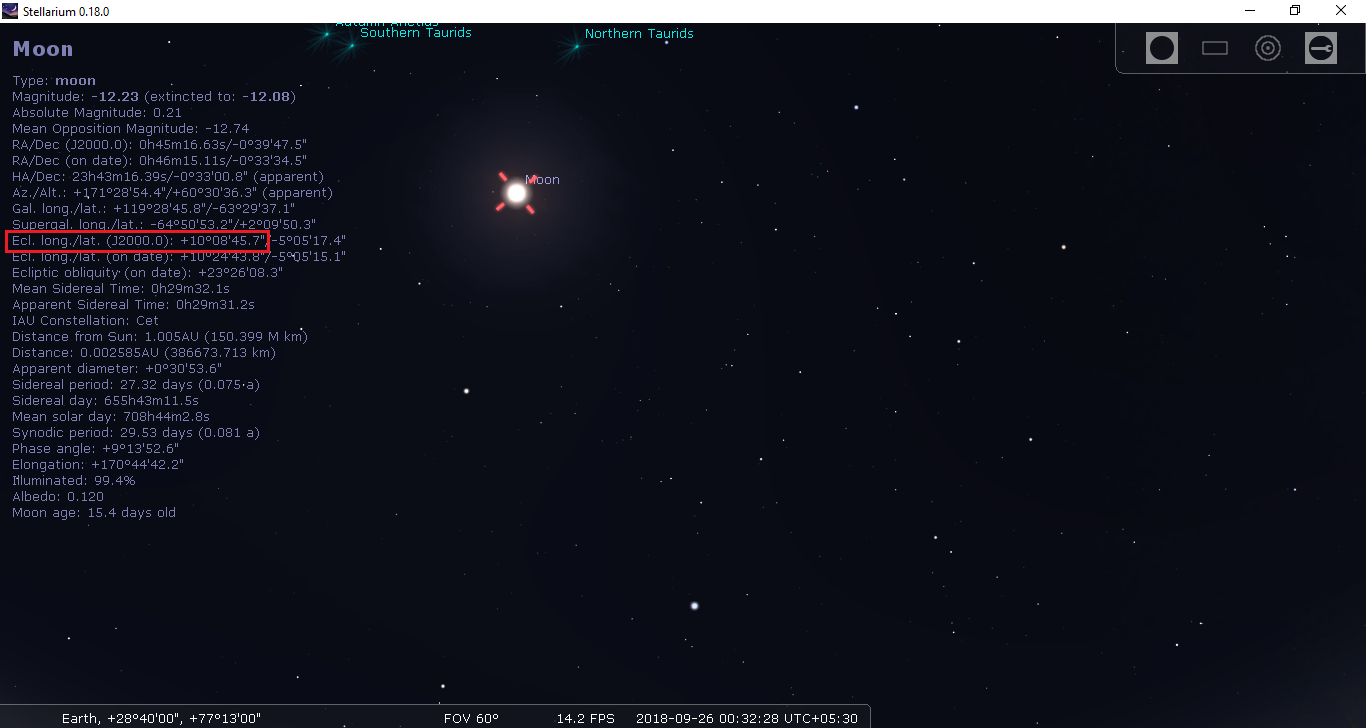 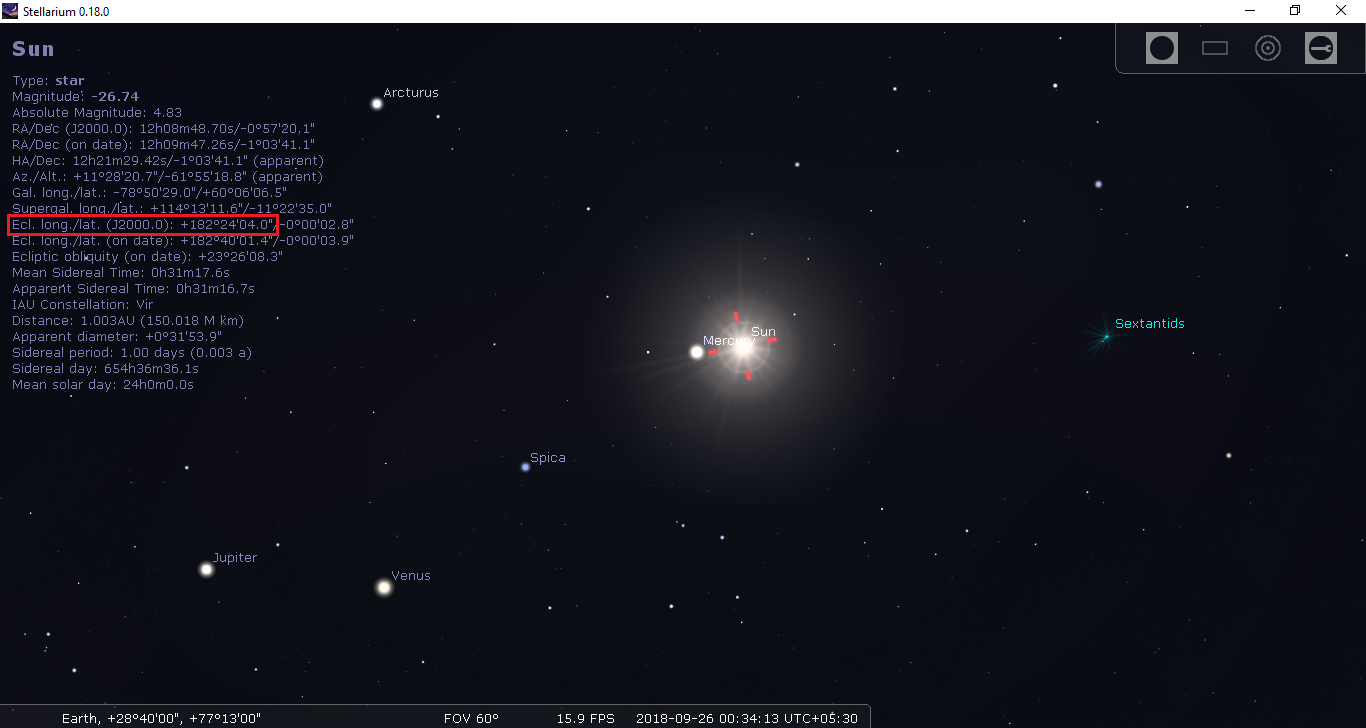 Now let's follow Step 1 and find out the difference between longitude of Moon and Sun.

We can determine by the above value that Sun is at a higher longitude than Moon which is why we are getting negative value. As per Step 1, we'll have to add 360 to it because number is negative so adding 360 to -172.16 gives 187.84

Now we need to convert this value to decimal degrees. The formula to do this is

We now refer the above table and find that number 16 means the current tithi is Krishna Pratipada!

The tithi on 24th September was Poornima which started after Sunrise and Poornima was on the same day as well and not on 25th!

Not the answer you're looking for? Browse other questions tagged astrology calendar panchang .

10
Why have we celebrated Dussehra today instead of tomorrow?
3
What is duration of tithi according to Hindu panchang?
1
Appropriate time to do amavasya tharpanam in the below instance

5
Is Ekadashi Tithi ruled by Rudra or Vishnu?
3
What is duration of tithi according to Hindu panchang?
6
Is there any scriptural basis for this astrologer's claims that the character of a woman depends on the timing of her first menstruation?
10
Why have we celebrated Dussehra today instead of tomorrow?
3
About Vedic calender/Hindu calender?
2
The original order of Week days as practiced/used today is completely wrong?