Which is the earliest reference to Upavedas?

We know that there are four Upavedas associated with four Vedas (Rig, Sama, Yajur and Atharva). While reading some encyclopedias, I found that core things are not clear or there are different opinions.

First of all among the name of four Upavedas, three are clear Dhanurveda (धनुर्वेद), Ayurveda (आयुर्वेद) and Gandharvaveda (गन्धर्ववेद), also called Natyashastra (नाट्य शास्त्र​) sometimes. But fourth one is not clear: Is it Artha (अर्थ) or Shilpa (शिल्प) or Sthapatya (स्थापत्य) Veda or combination of them?

Second of all is the association with four Vedas. (Out of the pages which lists the names of Upaveda, half of them do not provide information about the association) Among the four Upavedas, it's clear that Gandharvaveda is associated with Samaveda.

Regarding scriptural reference, Prasthanabheda of Madhusudana Saraswati which I cited in this answer provides the list but we need to assume that they are associated with Rig, Yaju, Sama and Atharva Vedas respectively. Further it's debated that which texts are included Artha Shastra and whether to include Sthapatyaveda or not.

But no scriptural-reference is cited.

So, we need to bring out some reliable information to clear the confusion. So, I'm looking for earliest scriptural-reference which lists Upavedas, mentions their authorship and association with four Vedas.

It would be useful if we can find reliable information on which texts are included in these Upavedas.

Caraṇavyūha (चरणव्यूह), a work of Shaunaka mentions the association of Upavedas with Vedas in AtharvaVeda Khanda. As I've informed in this question I have not found its English or Hindi transnational yet and hence quoting original Sanskrit verse from Sanskrit book available on Internet Archive: 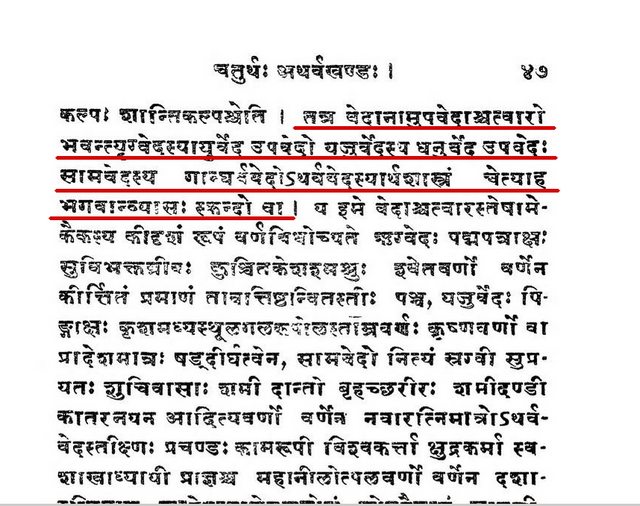 Note: I am not sure whether Charanavyuha is the first text to mention the association but at least we now have scriptural-reference. Charanavyuha is many times used as reference for available Shakshas of Bedas.

16
What are 16 shastras?
14
In which veda(s) is Ayurveda included?
3
Is there any English or Hindi translation of Charanavyuha of Shaunaka available?

34
Reference to the 7 chakras in Hinduism
6
What is the earliest source available to the worship of Prana?
6
In which scripture do Aditi and Diti occur the earliest?
2
Which scripture does Pillai Lokacharya reference in which Shiva enjoins a devotee to offer (temporary) human sacrifice (later restored to life)?
5
Why are the Vedas not the primary reference for most Hindus today?
1
Reference of this Sanskrit quote
2
Where to find the earliest unabridged version of the Valmiki Ramayana?