If Nirguna Brahman is really genderless, then why it's shakti (maya) is considered feminine, while the non-shakti part is considered masculine? Doesn't that make IT an androgynous being?

It is usually thought by us that just because most of us haven't completely realized its true nature, we end up perceiving IT as a being having gender, but its not only us ordinary folks but even the self realized jnanis hold onto the belief that one half of brahman is masculine and the other half is feminine ... Even the Kashmiri Shaivites, if im not wrong, say that shiva is nirguna, nirakara brahman who's masculine in nature while its shakti is feminine.

I mean if Brahman is really nirguna then shouldn't IT be devoid of these male & female halves or aspects?

If its really nirguna (genderless) then IT should be more like the void that buddhists meditate on. The void in my opinion is the perfect example of nirguna, nirakara incomprehensible absolute.

Shakti is Brahman, as long as one doesn't realize God, one sees male and female aspect.

Gospel of Sri Ramakrishna / Volume 1 / The Festival At Panihati:

GOVINDA: "Revered sir, why does the Divine Mother have a black complexion?"7

Sri Ramakrishna: "You see Her as black because you are far away from Her. Go near and you will find Her devoid of all colour. The water of a lake appears black from a distance. Go near and take the water in your hand, and you will see that it has no colour at all. Similarly, the sky looks blue from a distance. But look at the atmosphere near you; it has no colour. The nearer you come to God, the more you will realize that He has neither name nor form. If you move away from the Divine Mother, you will find Her blue, like the grass-flower. Is Syama male or female? A man once saw the image of the Divine Mother wearing a sacred thread. He said to the worshipper: 'What? You have put the sacred thread on the Mother's neck!' The worshipper said: 'Brother, I see that you have truly known the Mother. But I have not yet been able to find out whether She is male or female; that is why I have put the sacred thread on Her image. That which is Syama is also Brahman. That which has form, again, is without form. That which has attributes, again, has no attributes. Brahman is Sakti; Sakti is Brahman. They are not two. These are only two aspects, male and female, of the same Reality, Existence-Knowledge-Bliss Absolute."

Yes, Brahman is Androgynous, but he/she does not have desire of opposite sex, because He is complete in himself and is spiritual consciousness,hence he is called Purna(complete) Purusha Paramatma(Supersoul). 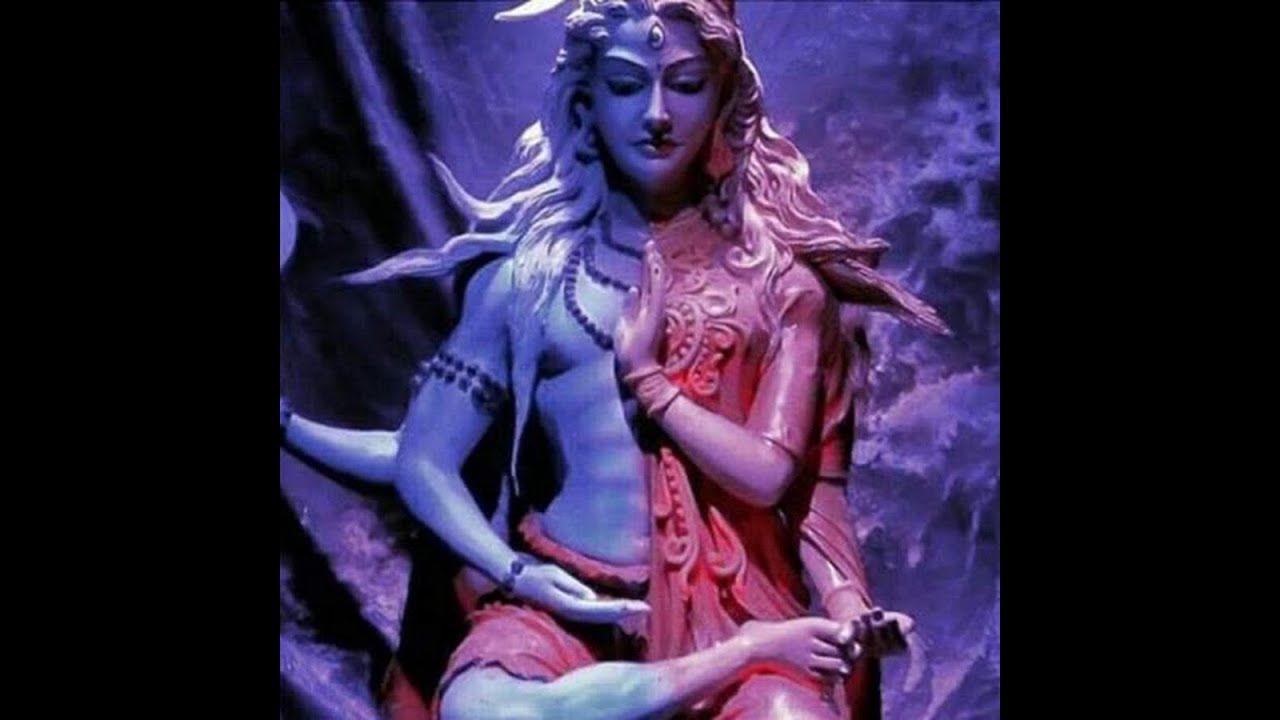 As per Bhagwat Geeta

But those who fully worship the unmanifested, that which lies beyond the perception of the senses, the all-pervading, inconceivable, fixed, and immovable-the impersonal conception of the Absolute Truth-by controlling the various senses and being equally disposed to everyone, such persons, engaged in the welfare of all, at last achieve Me i.e. Nirakaar Brahman Purusha.

In the beginning this was Self alone, in the shape of a person (Puruṣa). He looking around saw nothing but his Self (Atman). He first said, "This is I", therefore he became I by name.

Even, science has proofed today that man has XY sex chromosomes while a woman has XX chromosomes and man's gametes actually control the gender of child. God created man in his own image(androgynes XY chromosomes) and woman in the image of his left half Shakti(XX chromosomes).

Ramakrishna regarded the Supreme Being to be both Personal and Impersonal, active and inactive:

When I think of the Supreme Being as inactive - neither creating nor preserving nor destroying - I call Him Brahman or Purusha, the Impersonal God. When I think of Him as active - creating, preserving and destroying - I call Him Sakti or Maya or Prakriti, the Personal God. But the distinction between them does not mean a difference. The Personal and Impersonal are the same thing, like milk and its whiteness, the diamond and its lustre, the snake and its wriggling motion. It is impossible to conceive of the one without the other. The Divine Mother and Brahman are one

Is there any sex-distinction in the Atman (Self)? Out with the differentiation between man and woman—all is Atman! Give up the identification with the body, and stand up!

Worship of society and popular opinion is idolatry. The soul has no sex, no country, no place, no time.

PRAY ALL THE TIME, READ ALL THE SCRIPTURES IN THE WORLD, AND WORSHIP ALL THE GODS THERE ARE ... UNLESS YOU REALIZE THE SELF(ATMAN), THERE IS NO FREEDOM

Brahman is both Purusha and Prakriti and is pure spiritual cosmic consciousness, hence he himself is Brahmanchari/celibate.

Ramakrishna taught that the primal bondage in human life is Kama-Kanchana (lust and gold). When speaking to men, Ramakrishna warned them against kamini-kanchana, or "women and gold" Only a perfect Bramhamchari alone can understand Purusha/Brahman and attain Kaivalya.

In addition to the answer already given,

As per Tantra therefore Shakti also does not have any gender,

but Shakti fulfills all desires like the wish-fulfilling plant ('kalpa-latA) and so is referred to as female.

Ragahava-Bhatta too is of the same opinion.

So all are of the same opinion that neither Brahman nor Shakti has any gender and referred to as male or female for different reasons.

Not the answer you're looking for? Browse other questions tagged brahman advaita kashmiri-shaivism .

8
What arguments Adi Shankara makes to claim that Supreme is devoid of any attributes?
7
How does Adishankaracharya Advaita explain concept of Avatar?
6
What exactly is meant in Sankara(Advaita) Vedanta when it says that Brahman is Nirguna(attributeless)?
1
Do Advaitins believe that Vishnu appeared before Gaudapada?
1
According to Advaita philosophy, is the Absolute Brahman formless?
4
Is Advaita's Nirguna Brahman same as Madhyamaka's “emptiness of emptiness”?
8
How does Nirguna Brahman manifests into Saguna Brahman?