Why doesn't Lord Shiva have a crown?

Every deity is shown wearing a crown except Lord Shiva. He is shown as having the hairs tied (jatA).

Does anybody know why there is no crown?
Maybe any story in scriptures or a 'tAntric' reason or something else?

It is NOT that Lord Shiva does not wear crown. Various slokas and hymns describe him as wearing crown. For example:

'RatnAkalpojjvalAngam' : Whose body is shining by the aura of different jewels.

sasa-lanchita-ranjita-san-MUKUTAM': Whose beautiful crown is ornamented by the Moon.

'shitamshu-shovita-KIRITA-birAjamAnam' : Whose crown is beautifully decorated by the Moon.

wearing beautiful turban with the Moon.

I have also seen many idols of Shiva of different famous temples being decorated by crowns.

I have also enclosed an image to show that the artists are also familiar with Shiva's wearing of crown. 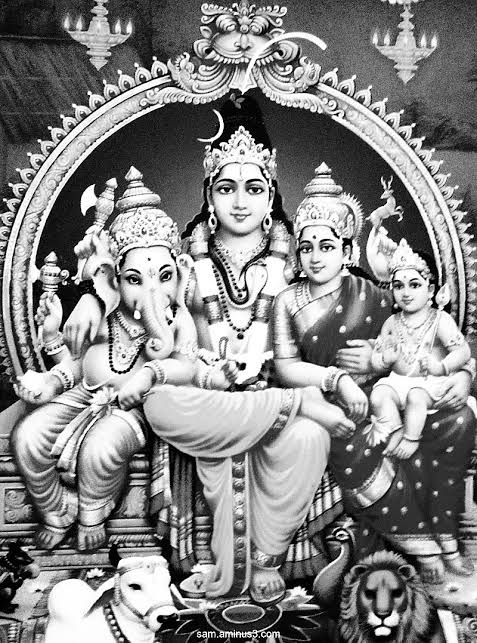 In Sri Kamika Agama Purva Pada, tantravatara pathala. Srikantha Deva(Lord Shiva) reveals the 28 agamas to make thr very form of Shiva. In this scripture He mentions that the Makutagama makes the makuta or crown and other parts of His body. Hence this shows that he wears a crown.

He also is refered to be the one who wears the 'jatamukutam' the crown of jatas(dread locks).

Lord Siva appears in a form constituted of these Agamas. In this form, the Kamika is present ) as His two feet. Yogaja- ankle; Cintya – fingers of the feet; Karana – shank; Ajita – knees; Dipta – thigh regions; Sukshma – the loins; Sahasra – hip region; Amsuman – back portion; Suprabheda – navel; Vijaya – stomach; Nisvasa – heart; Svayambhuva – the breast-spots; Anala – the eyes; Vira – neck portion; Raurava – the ears; Makuta – the crown and the main parts and sub-parts of the body; Vimala – the shoulders; Candrajnana – the chest region; Bimba – the well-formed face; Prodgita – tongue; Lalita – the cheek; Siddha – the fore-head; Santana – the ear rings;Sarvokta – the sacred thread; Paramesvara – ornamental chain; Kirana- the ornaments made of gems; Vatula – the attire; all the auspicious deeds recommended in these Agamas – the three stripes of holy ash; all the specific preparations such as arghya-water and others – the waist-belt and such other items needed for the body; all the directions related to the worship of Siva – the perfumed unguents; all the vereses related to meditation of form(dhyana) denote the various flowers and garlands; the principles set forth in the knowledge-section (jnana pada) – the eatables to be offered to Him.

Lord Shiva is a Bairagi. He has abandoned everything. He has achieved a Nirvikalpa Samadhi. His gaze is always focused on Parmatma. which is His true nature.It is said that his house is crematorium itself. So being a supreme Bairagi , Lord Shiva does not wear a crown.

Edit: Sharing link of the song that calls Shiva as Bairagi.. Link : https://youtu.be/78n1ku39kaY

44
Why doesn't Shiva worship anybody where as Vishnu worships him in all his incarnations?
13
Why didn't Lord Shiva put back the original head of Lord Ganesha?
12
What is the story behind Lord Rudra (Shiva) holding the skull of Indra?
11
Why is Moon on Lord Shiva's head only shown as crescent?
5
Where is it mentioned about sister of Lord Shiva in religious texts?