Does Vishnu participate in Shiva Tandava and how is Sandya Tandava is different from Pralaya Tandava?

It is said Shiva dances twice a day at dawn and dusk but concept of day for humans is much different from god's, so how to correlate Shiva's dawn-dusk with that of humans?

It is believed that all gods will join the tandava/dance in different forms like playing instruments, singing stotras on Shiva! Does Vishnu participate in it? It is said that Vishnu will be in yoga nidra/sleep for half an year, so how would he participate in it?

Also, how is sandya tandava is different from pralaya tandava?

The history behind it:
It is believed that Lord Shiva is the king of all dancers. He was an expert in the thandava style of dancing. This is a vigorous manly style of dancing. This stotra is about him while in the act of dancing. Alliteration and onomatopoeia create roiling waves of resounding beauty in this great stotra. This stotra which is so majestic was composed by none other than Ravana, the demon king, who ruled over Sri Lanka, who was one of the great devotees of Lord Shiva. Once the proud Ravana conquered the entire World and approached Mount Kailas on top of which Lord Shiva resides with his consort Goddess Parvathi. Ravana called Lord Shiva to come down. When he did not, he uprooted the mountain with his twenty hands. This made Goddess Parvathi jittery. Then Lord Shiva pressed down the mountain with his thumb. Ravana was crushed by the weight of the mountain. Ravana shouted very loudly that all the three worlds get frightened. He shouts in pain and praises Lord Shiva by singing the Sama Veda and this great stotra composed by him. Lord Shiva was pleased and pardoned him and gives the name Ravana (Who roared very loudly. Before this incident, he was known as Dashakantha or Dashagreeva). Reference-1 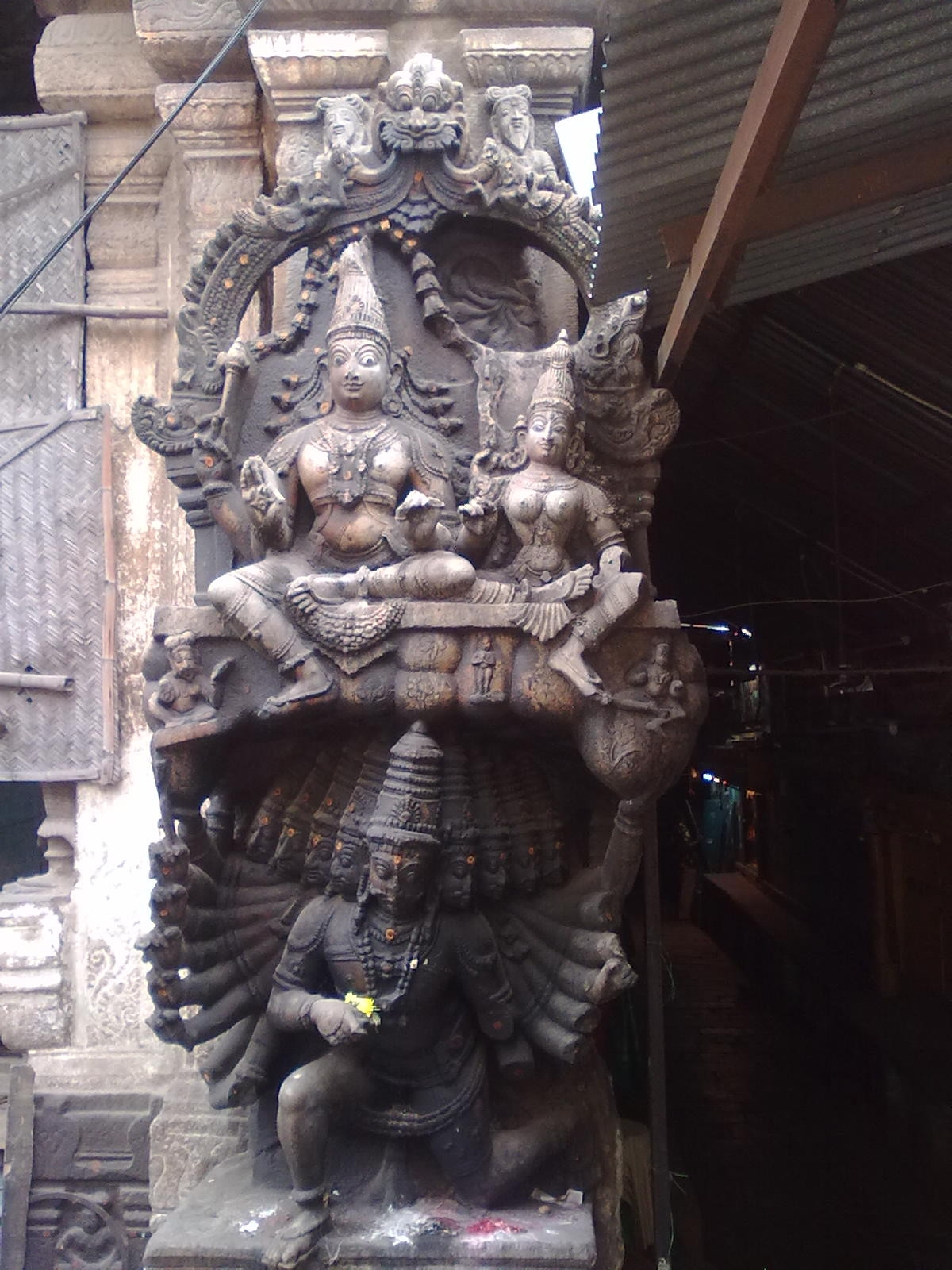 Ravana as we all know was a learned man. He was so obessed with his powers that he thought of lifting the Mount Kailash –the abode of his guru –Shiva. He even managed to do it, Shiva was annoyed and He put it back in place by pressing it with his toe. Ravana realised his folly and he composed and sung the famous Shiv-Tandav Stotra in praise of Shiva. Shiva, as he is known for his benovelence got impressed by his intense tapas and granted him the boon of indestructability. He also bestowed him with the most powerful weapon - the chandrahas. Shiv Tandav stotra sings praises of shiva’s beauty and power. It is a unique example of Hindu devotional poetry and its recitation creates rolling waves of resounding beauty.
Those who read Shiva Tandav Stotra at the end of every worship or, read it after worship of Lord Shiva on the Pradosh day, They are said to receive the blessings of Lord Shiva, and of god of wealth. Reference-2

Monday is dedicated to Lord Shiva. It is said that Lord Shiva is easily pleased. Reference-3

10
Why did Ravana create Shiv Stotram?

4
Where is it written that Ramakrishna Paramahamsa was an incarnation of Lord Vishnu?
8
Does Lord Shiva do tandava dance in joy too?
4
Lord Shiva and Lord Vishnu
3
What is difference between Trinity Vishnu, Shiva and 12 Aditya Vishnu and 11Rudra Shiva?
2
Does the word Shiva have different meanings and interpretation in different texts?