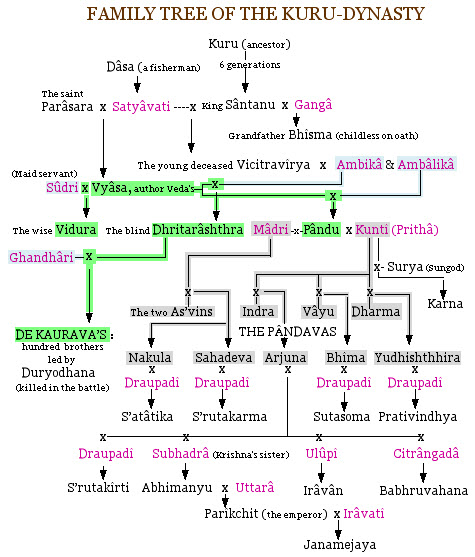 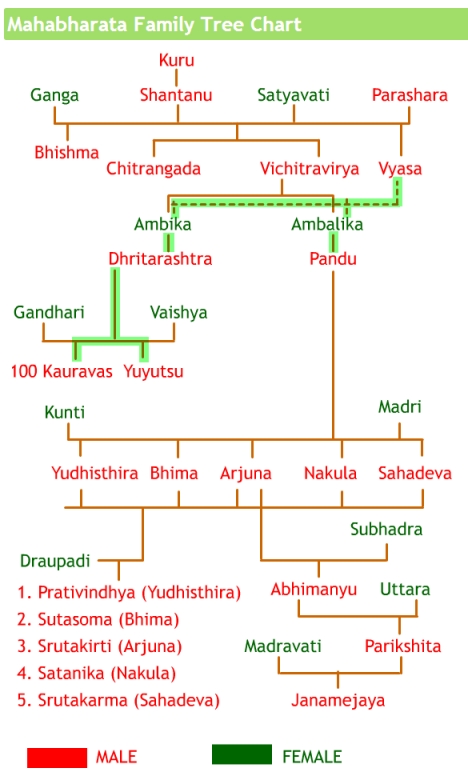 Not the answer you're looking for? Browse other questions tagged mahabharata pandavas vyasa kauravas .

1
Did Ved Vyasa father children for his mother Satyavati?
40
How were all 100 Kauravas born together?
15
Why did Bhishma fight with Lord Parashurama?
6
Name all the hundred Kauravas in Mahabharata
6
Why are they called Pandavas and Kauravas?
8
Which Hindu text generally describes the rules of Niyoga?
4
Has Veda Vyasa seen Lord Krishna?

27
What were the previous births of the characters of Mahabharata?
11
After Dhritarashtra, why was Yudhishthira and not Duryodhana considered the next in line to be the king?
7
Was Rishi Vyasa the great grandson of Rishi Vashishtha?
3
Irawati Karve says "Vidura is the biological father of Yudhiṣṭhira". Is she right? Which Upaniṣadic story is she referring to?
3
How did Satyavati die and how old was she at the time?
4
Why Dhritarastra is not called Vyasa's son?