Any cryptic message in photos of Hindu Gods? [closed]

Want to improve this question? Add details and clarify the problem by editing this post.

Is there any cryptic information in the photos of our Gods? Did we lost in the years of invasion?

Example: Muruga has two wives. Valli and Devasena. Sometimes he is with Ayudhas. Sometimes alone.

If I understand you correctly, you're asking whether we have any actual photos of the gods, so that we can see exactly what they look like. The answer is no, we don't have any such photos, but remarkably, we can still see exactly what Vishnu's face looks like.

If you're familiar with the story of Venkateshwara (the Vishnu deity in Tirupati, AKA Balaji or Srinivasa), then you may be aware that after Vishnu married Padmavati, he turned himself into stone (perhaps after some contretemps involving Lakshmi and Padmavati). That statue is the deity of the world-renknowned Tirumala Venkateshwara Temple in Tirupati, and it shows exactly what Vishnu looked like right before he turned into stone. So it's our best guide to his appearance.

Unfortunately, it's extremely hard to see what the statue really looks like, because most of the time it's covered with so many ornaments and decorations. The only time the ornaments come off is during the Friday abhishekham (bath) of the statue, but it's very hard to be in the audience for it. Thankfully, a documentary of the temple was made in the 1950's, and it has footage of the Friday abhishekham; see the 36:45 mark of this video and this video for a color version. Here are some screenshots from that footage. 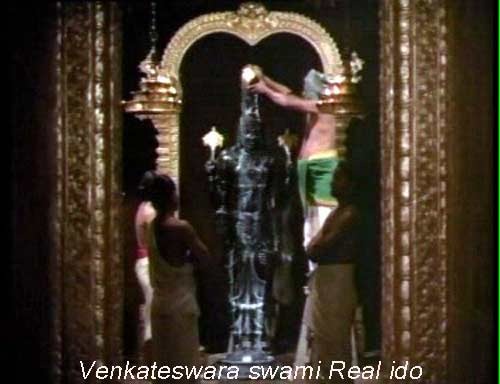 And here's a close up of the face: 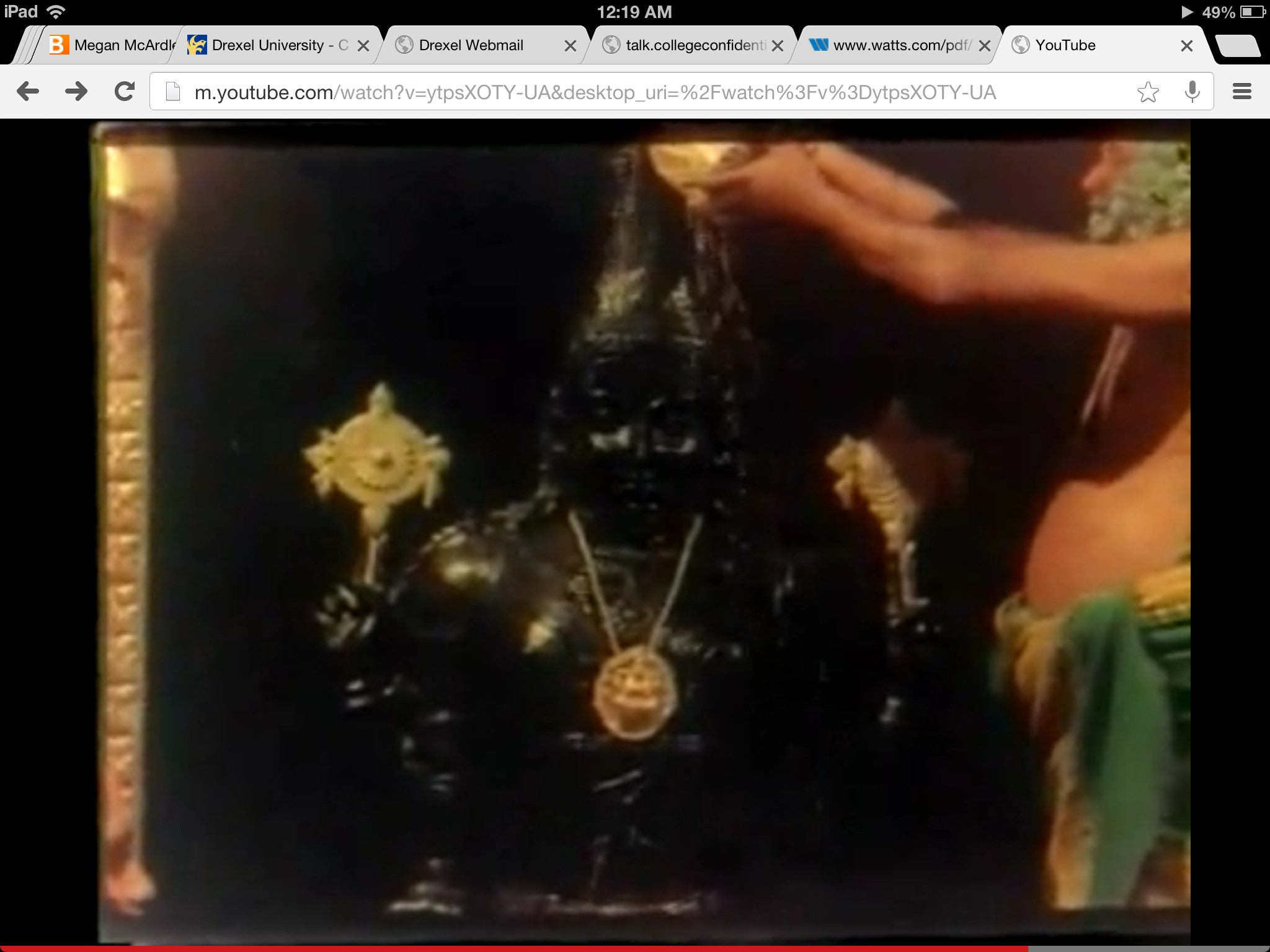 Unfortunately it's hard to see the details because the statue is black, but it's clearer when covered in milk: 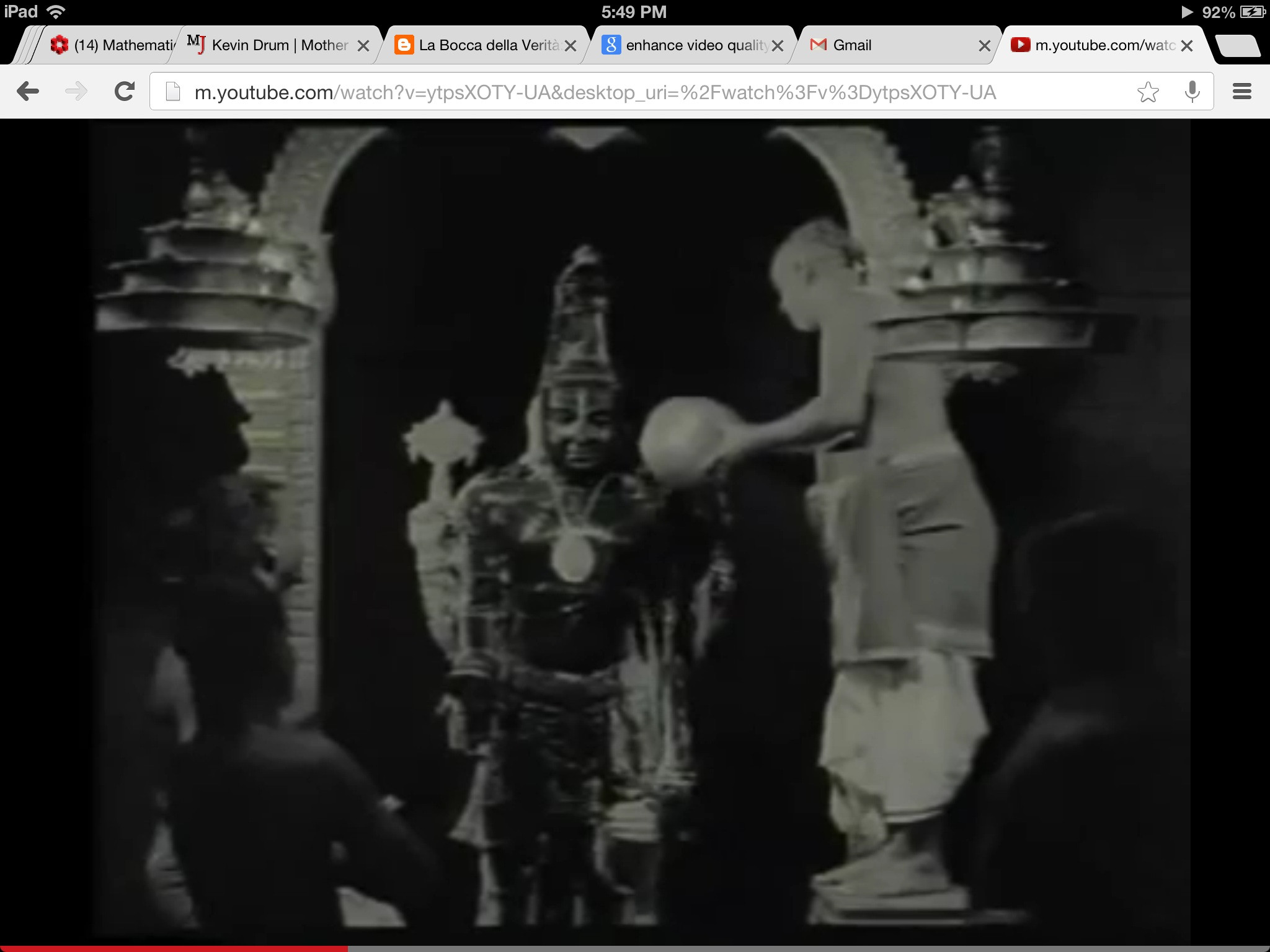 And here's a zoomed-in view of the face when covered in milk: 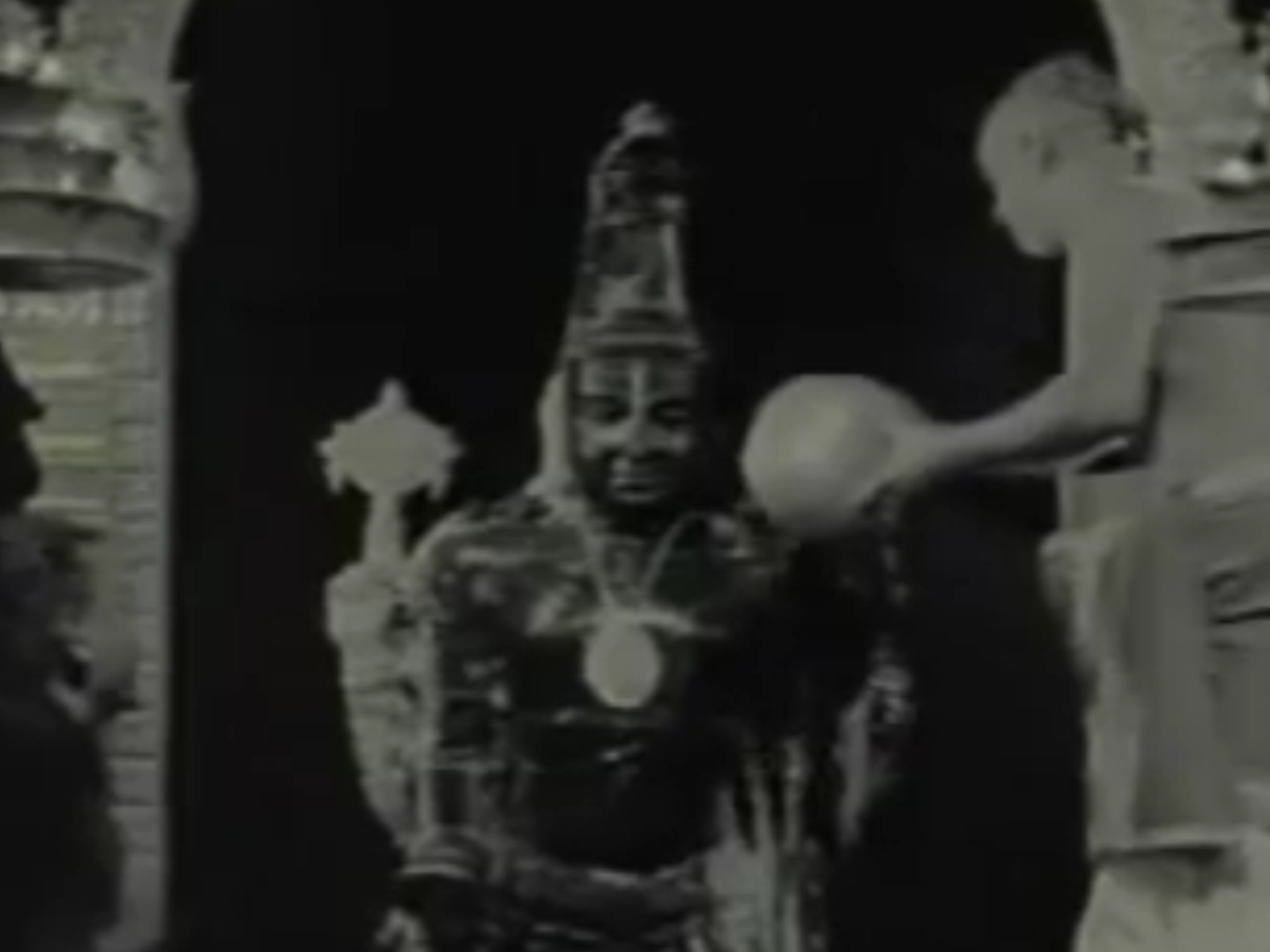 This is our best look at exactly what Vishnu's face looks like. And it's also exactly how Rama and Krishna looked, because they're two incarnations that share Vishnu's appearance (apart from skin-color in the case of Rama).

One note of caution: it may seem from the position of the cheeks that Vishnu has a big grin on his face. But that's somewhat misleading, because Vishnu has high cheek-bones. He's probably smiling, but the position of his lips seems like a better indication of his facial expression than his cheeks. And by the way, the eyes may seem closed because of the shadow, but they're actually wide-open.

Not the answer you're looking for? Browse other questions tagged gods goddess .

12
How strong lord krishna and Arjuna's friendship was?

10
How Skanda in North India to Kandha (Lord muruga) in South India?
11
Why isn't a human the vahana (vehicle) of any God?
4
Which Hindu god/deity has most temples?
9
Immorality of the gods
10
Why do the gods look like human beings?
7
Are there famous deities/gods or spiritual supremo, who had a daughter?
4
Why Hindu Gods do not protect Hindus anymore in the modern day?