Which world is converted into vast ocean by Vishnu?

This chapter of Vishnu Purana describes what Vishnu does at the end of Kalpa:

Vishńu with the quality of goodness, and of immeasurable power, preserves created things through successive ages, until the close of the period termed a Kalpa; when the same mighty deity, Janárddana, invested with the quality of darkness, assumes the awful form of Rudra, and swallows up the universe. Having thus devoured all things, and converted the world into one vast ocean, the Supreme reposes upon his mighty serpent couch amidst the deep: he awakes after a season, and again, as Brahmá, becomes the author of creation.

In cosmic egg, there is already a vast ocean - Garbhodaka Ocean which covers 50% of the available space. 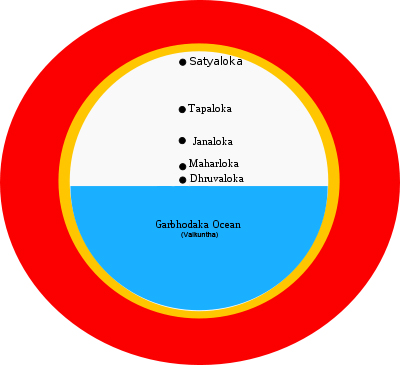 Gaudiya Vaishnavas have a different theory that there are innumerable cosmic eggs or universes each ruled by Garbhodaksayi Vishnu and then there is a main Vishnu. 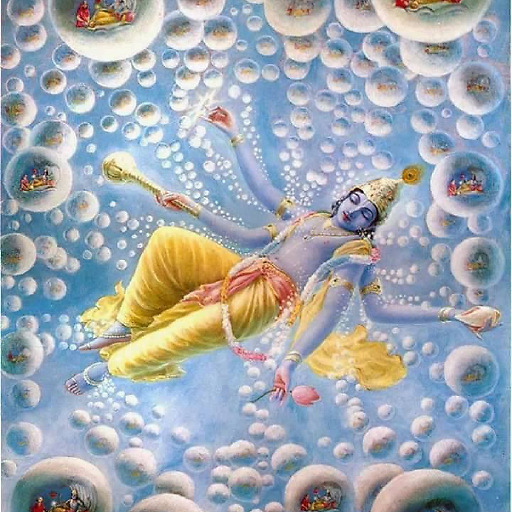 Now in this case, it makes sense that after swallowing up everything including all the universes or cosmic eggs, the already existing ocean becomes a vast ocean as now there is not anything in between but not everyone agrees with Gaudiya Vaishnavas theory of creation.

As Vishnu Purana says, the world is converted into one vast ocean so which is the world referred here? The remaining available space in cosmic egg or even the cosmic egg is swallowed up and whatever is outside of cosmic egg is filled with water?

16
Why didn't Lord Vishnu drink the poison that came out from the churning of ocean?
11
Which sage will learn the Vishnu Purana at the end of the Kali Yuga?
6
Is Vaikuntha or Brahman the supreme abode of Vishnu per Vishnu Purana?
5
Which book do Vaishnavas give more importance of the two Vishnu Purana and Srimad Bhagavatam and why?
1
How can Vishnu sleep on Adi Sesha when Adi Sesha does not exist?