Why the name 'Salagrama' shila?

Why are the Vishnu Silas found from Gandaki river called 'Salagrama' Silas?

I have found one reference in the Varaha Purana.

Quoting from this PDF:

Prithvi requested lord Varaha to shed light on the famous penance which sage Shalankayan had performed. Lord Varaha narrated the following tale- "Long long ago sage Shalankayan did an austere penance to please me (lord Vishnu). There was a 'sal' tree nearby and the sage was ignorant of the fact that I dwell in that sacred tree. When I appeared, he requested me to bless him with a divine son who had qualities like lord Shiva. I revealed to him that his son (Nandikeshwar) had already manifested and was presently staying at 'Vraja' (Mathura). I also revealed to him that although I was present in the 'sal' tree but he was unware of this fact because of his ignorance. In course of time, this very place became famous as 'Shalgram tirth'. A devotee who makes a pilgrimage to this holy place is liberated from all kinds of worldly bondages.

Salankayan Muni while meditating on Vishnu saw a Shala Tree appearing in front of him. Sri Vishu appeared under the tree and told him : I am going to appear in the Gandaki river as shila.So the Silas are known as Salagrama. 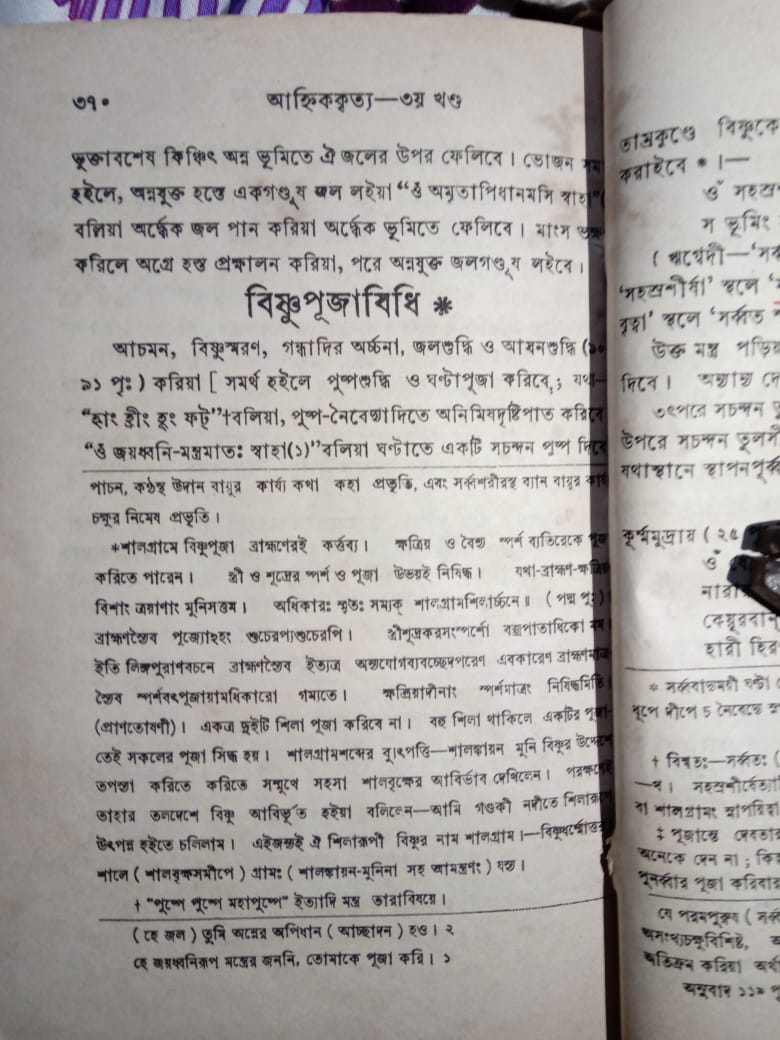 8
What is the earliest reference to Vāsudeva as a name of Vishnu?
2
Why Ganga River is also called “Bhagirathi”?
5
Do Scriptures confirm about the “Swayambhu” nature of Shalagramas and Banalingas?
12
Why did Goddess Lakshmi choose Lord Vishnu as her consort?
10
Why doesn't the description of Godavari river match with what the shastras tell us?