Is worship of Lord Hanuman associated with Vaishnavism or Shaivism?

Lord Hanuman, as we know is an ardent devotee of Lord Rama (Lord Vishnu's incarnation). But at the same time He is said to be Lord Shiva's incarnation. So is Hanuman worship more associated with Vaishnavism or Shaivism? Do Hanuman temples follow Vaishnavas' rituals or Shaivas' rituals?

Worship of Lord Hanuman is associated as a Vaishnava-deity as well as a Tantra-deity and in both cases He is regarded as an incarnation of Rudra or Shiva.But I have not seen any Shaiva worshipping Lord Hanuman so far.

Sri Tulsidasji composed Sri Hanuman Chalisa which is read by many devotees. Tulsidasji was a Sri Ramavat Vaishnava.

Tantra also mentions the Veera-sadhana of Sri Hanumaan.The siddhi of this sadhana is direct vision of Sri Hanumaan and getting boon from Him.In Tantra, Hanumaanji is a deity.This sadhana has been discussed in detail by Paramahansa Swami Nigamananda in His bengali book 'Tantrik-Guru' published by the Nigamananda Saraswata Math, Halisahar.

Tantra also gives us the Hanuman Tantra. Some are available on net: ultimategyan.com/hanu 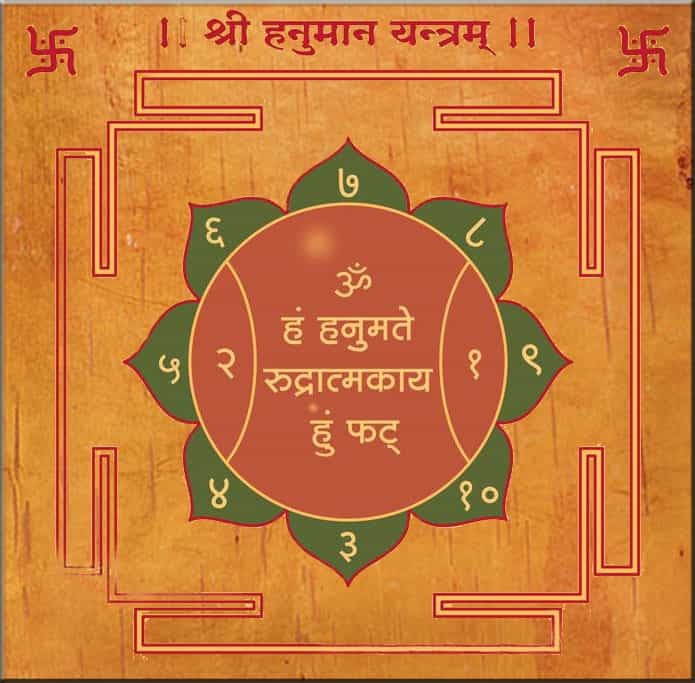 In the yantra, Sri Hanuman is mentioned as 'Rudratmaka' ie as a form of Rudra/Shiva.

In the chaturdashi tithi (tithi of shiva) of krishna paksha of the month of Kartika, Kapisvara Hanuman appeared from the the womb of Anjana. On that day, the devotees should celebrate the birthday of Sri Hanuman with vows and festivals.

So the Sri Vaishnavas also worship Sri Hanuman as incarnation of Lord Shiva.

As per the Tantrasaara, Arjuna was advised to worship Lord Hanumaan by Hanuman mantra given by Sri Krishna as per Sri Krishna's order:

A siddha in Hanuman-sadhanaa will get the following things as per Tantrasaara:

meaning knowledge, wealth, kingdom orwin over enemies-- these the siddha will obtain surely without any doubt.

Not the answer you're looking for? Browse other questions tagged shiva vaishnavism rama hanuman shaivism .

24
Who made Lord Hanuman immortal?
13
How many of the Divya Desams are the sites of Sri Vaishnava Temples?
4
What is the story of Vikhanasa, founder of the Vaikhanasa school?
5
Was the Sri Vaishnava Acharya Nathamuni an incarnation of Ganesha?
10
Do any non-Vaishnava Agamas trace their origins to a Vedic Shakha?
17
Why Hanuman became staunch devotee of Lord Rama?