Did anyone ever receive Lord Shiva's Trishul as a boon?

In Hindu mythology,different weapons have been received from Lord Shiva.But I was wondering if there is any mention of anyone receiving Lord Shiva's Trishul as a boon.

None in past.Shiva still holds it.The matter of fact is that what people think of as infinite number of trishuls,brahmastra and other weapons can exist if boon is granted is false.What i mean is that there is only one unique trishul of shiva like sudarshan of vishnu these are unique weapons unlike brahmastra aur other weapons which can be created using chanting of mantras when invoked by the observer with sharp mind.Remember anyone can take shivas trishul but with very hard penance and with the order of shiva himself.Read the stories of pinaka dhamush which was that of shiva and later passed to the ancesters of sitas parent which was broken by ram in the swayambara so it was not that a new pinaka was created instead the same was passed by shiva.

Nobody had received Vijay trishul from Shiva. Nobody was able to hold it except shakti due to its dynamic powers. It represents three gunas or qualities, controlled by lord Shiva. It was able to destroy anything in just a few seconds 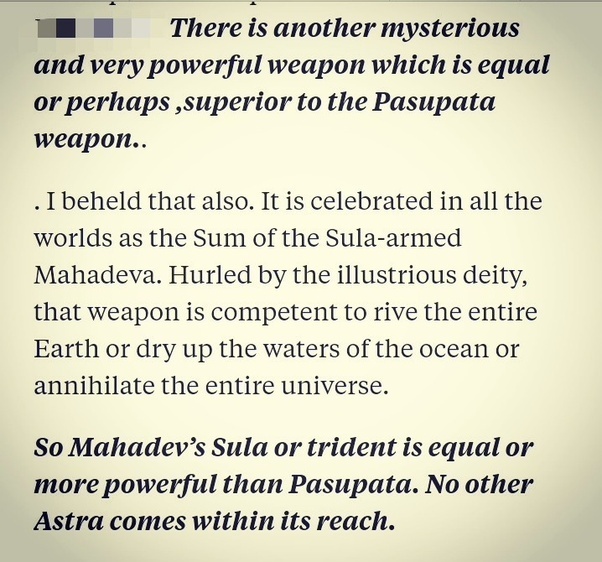 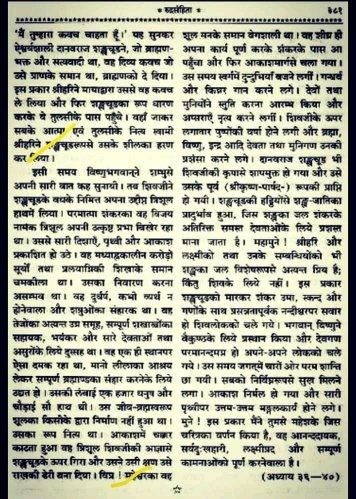 Parashurama received Lord Shiva's trident from him as mentioned in Shiva Purana.

56-61. After saying this, Śaṅkara taught him the Mantra (esoteric formula) that is extremely difficult to obtain and the following weapons etc. viz.—extremely miraculous coat of mail named Trailokyavijaya; the Nāgapāśa (Serpentine noose), (missiles like) the Pāśupata, the Brahmāstra which is very much inaccessible, Nārāyaṇāstra, the Āgneya (Arrow with the fìregod as deity), the Vāyavya (of the wind god), the Vāruṇa (of Varuṇa the ocean-god), the Gāndharva, the Gāruḍa, the extremely wonderful weapon Jṛmbhaṇāstra, the mace, the Śakti, the Paraśu (Axe) the trident and the excellent Daṇḍa (baton).

Not the answer you're looking for? Browse other questions tagged shiva weapon boon .

2
Did lord Krishna took Avatar when sons of Shatrughna were king of Mathura?

20
Why did Laxman get injured by Indrajit's 'shakti' weapon?
7
Where and when do Lord Shiva's legends originate?
8
What is the significance of weapons? Why do gods carry multiple weapons?
8
Who is this figure depicted between Shiva and Parvati?
5
How much destructive the earlier weapons were?
11
Why is Moon on Lord Shiva's head only shown as crescent?
0
Did Ravana's boon of invulnerability include the trimurtis?
8
Why didn't anyone ask for infinite wishes for a boon?
1
What are the specific qualities of Lord Shiva's trishul?