How could Sri Sitaramdas Omkarnath accept Advaita Vedanta being in the Ramanandi-sect?

He in His books wholeheartedly accepts all the paths including Advaita Vedanta.

How was this possible?

However, in His 'Prapanna-Pathika'(Jnana-Marga), He writes

It became possible because He Himself realised the Ultimate Truth that way. His philisophy is known as the 'OMKARA-VAADA' -- which says that all mantras merge with the Anaahata naada 'OM' and OM ultimately merges in the Supreme Self. He named the Saguna Brahman as 'Apara-Pranava' and the Nirguna-Brahman as the 'Para-Pranava'. He writes that both are simultaneously Ultimate, depending upon whether the aspirant follows the path of devotion or of knowledge.

So He ultimately is speaking from His own realisation rather than stating the views of his own sect. He was highly revered by many saints of different sects including some from the Ramanuja and the Ramananda sects.

He mentions that all the doctrines are simultaneously true as none can fathom God who is beyond speech, mind and intellect. 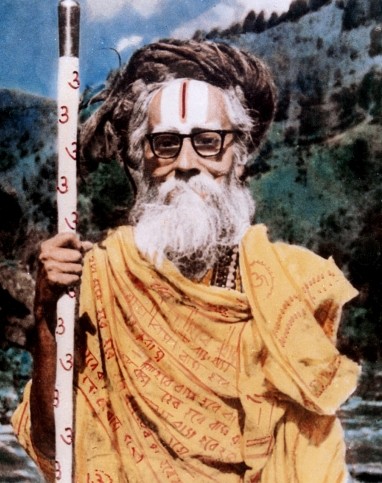 6
What does the Vivarana school of Advaita believe about the nature of Avidya?
15
Which are the principle texts/scriptures of Advaita Vedanta?
2
Do all Vedantic philosophies agree on the number of Pramanas?
6
Was Goswami Tulsidas a reconciler of Advaita and Vishishtadvaita?
9
How do Advaitins counter the rebuttal of Ramanujacharya on Advaita Vedanta in His commentary on Bhagavad Gita 2.12?
6
The difference between the mind and the Atman in Advaita Vedanta