What is the reason behind lokas in Hinduism?

In the Puranas, and already in the Atharvaveda, there are fourteen worlds, seven higher ones (vyahrtis) and seven lower ones (patalas), viz. bhu, bhuvas, svar, mahas, janas, tapas, and satya above and atala, vitala, sutala, rasaataala, talatala, mahaatala, patala and naraka below.

What are those lokas meant for? As we already have a place called earth and it's possible to do all duties that are performed in those lokas on earth as well, just like we are doing now?

Are those lokas cosmic (which humans can never see) or physical (which we can see, but not with the available technology)?

Sri Swami Sivananda explains correlation between Lokas and Chakras in his book Kundalini Yoga and in this page. He says Lokas correspond to Chakras of human body.

Man is a microcosm (Kshudra Brahmanda). Whatever exists in the outer universe exists in him. All the Tattvas and worlds are within him and so is the Supreme Siva-Sakti. The body may be divided into two main parts, namely, the head and trunk on the one hand, and the legs on the other. In man, the centre of the body is between these two, at the base of the spine where the legs begin.

The body and legs below the centre are the seven lower or nether worlds upheld by the sustaining Sakti or Powers of the universe. From the centre upwards, consciousness more freely manifests through the spinal and cerebral centres. Here there are the seven upper regions or Lokas, a term which means “What are seen” (Lokyante), that is, experienced, and are hence the fruits of Karma in the form of particular rebirth.

These regions, namely, Bhuh, Bhuvah, Svah, Tapa, Jana, Maha and Satya Lokas correspond with the six centres; five in the trunk, the sixth in the lower cerebral centre; and the seventh in the upper brain or Satyaloka, the abode of the Supreme Siva-Sakti. 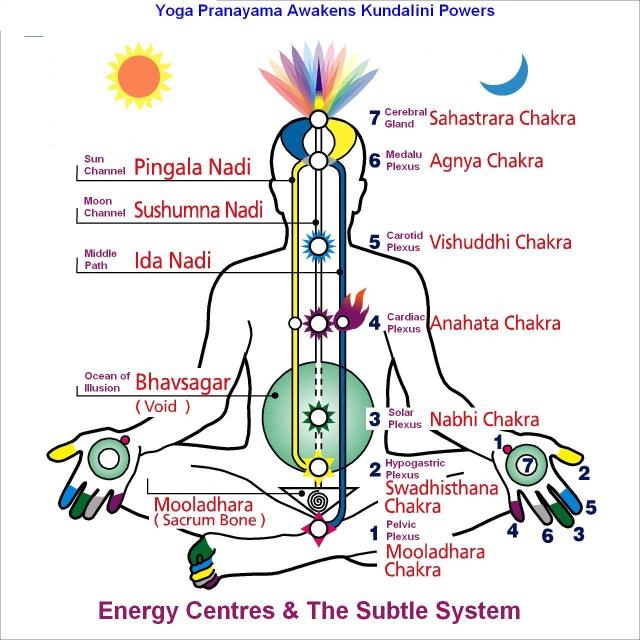 The Chapter Human Body - A Miniature Cosmos : Departure of Soul to the next Lokas of Skanda Purana describes this correlation in detail.

Not the answer you're looking for? Browse other questions tagged belief worship history philosophy .

2
Is Vaikuntha a physical realm in altogether a different dimension where Sriman Narayana exist,or is it a myth?
1
Are lokas the same as multiple dimensions?
10
In Hinduism, what does “immortal” mean? Is there a limit on an immortal's lifespan?
8
What exactly is a loka? Is it a place that be physically reached?
0
What do hindu scriptures say about life on MARS?