From which Gayatri Mantra is this part taken? 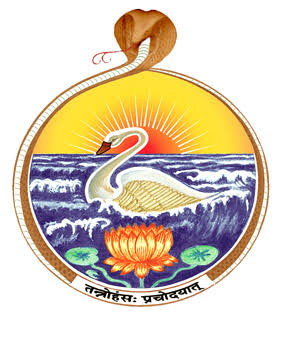 The emblem of the Ramakrishna Math and Mission bears a part of some Gayatri Mantra that reads : TAN NO HAMSAH PRACHODAYAT

From which Gayatri is this part taken? Please cite proper scriptural source.

It can be one of the following three mantras:

At last I received the original mantra and source from a friend of mine who is a monk of the Ramakrishna order.

The Gayatri Mantra is a part of the Medha-Suktam (Taittiriya Aranyakam-4,prapatak-10,Anubak 41-44).

The Gayatri Mantra reads as

Here Hamsa is the Paramatma in the form of Surya.Because just the previous line reads 'Mayi Suryo bhrajo dadhatu.

Hamsa is a name of Surya as per the sanskrit dictionary also.

There is no name mentioned like 'हंस-गायत्री' by the way.

10
Chanting Gayatri mantra
4
Does Gayatri Mantra affect physical reality?
8
Who is Goddess Gayatri? Is she another form of Saraswati or Saraswati in Parashakti form?
2
Variations in Gayatri mantra, why?