Why does ISKCON images depict Mahaprabhu with sikha, sutra, kanthimala and tilakas? 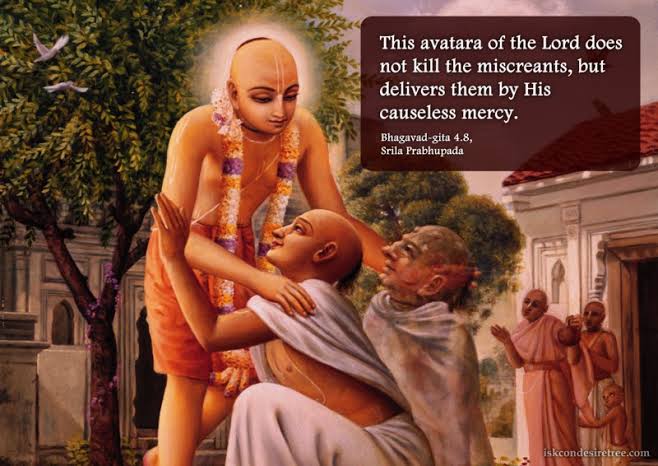 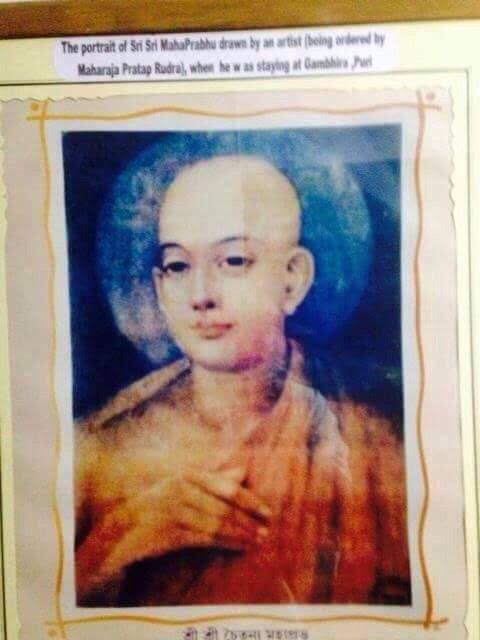 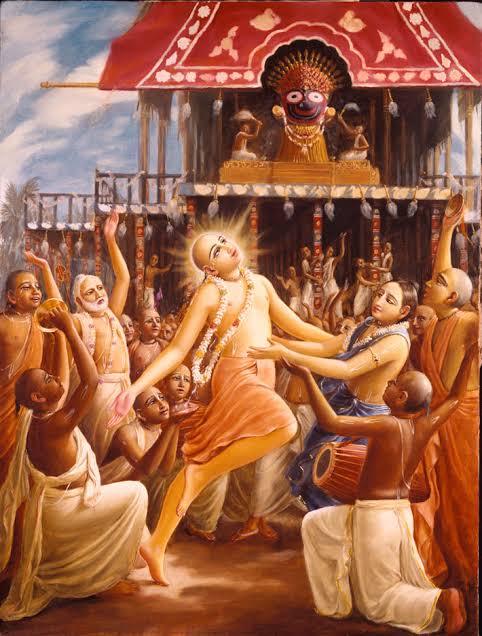 Mahaprabhu Sri Chaitanya took Dashanami sannyasa from Sri Keshava Bharati by leaving His sacred thread and 'Sikha', as mentioned in the Sri Sri Chaitanya Charitamrita. As a Sankara-sect monk, He also did not use any 'kanthi-mala' or 'tilaka' as is evident from the only authentic image drawn by a painter on the initiative of King Prataparudra that is preserved till now.

But in ISKCON images, He is always shown with sikha, sutra, kanthimala and tilaka.

Can someone explain the reason? 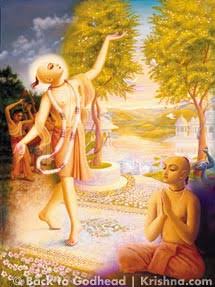 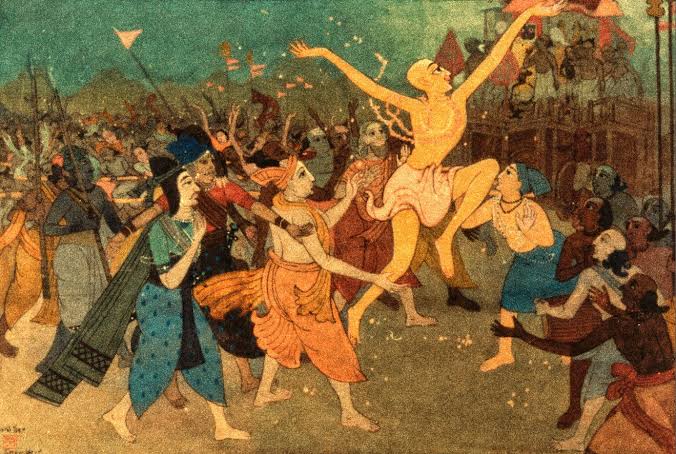 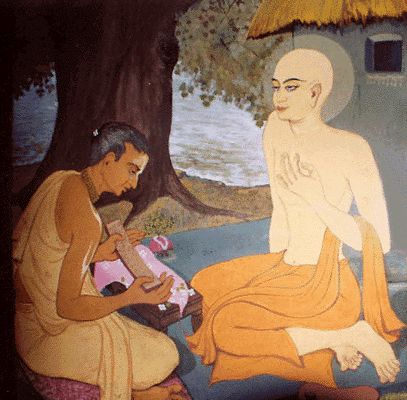 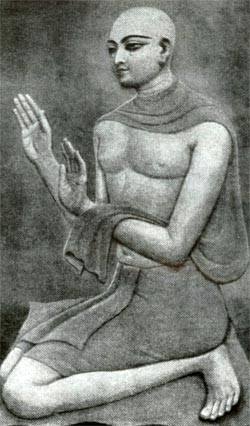 I think this is done to project Mahaprabhu as one Vaishnava monk of the Sri MAdhva sect while practically He was not.None of the authentic biographies mention Him wearing any of the four.On the contrary, it is clearly mentioned that he offered His sikha and sutra to the homa fire as a part of the Dasanami sannyasa, never disobeyed any injunctions of the sacred scriptures, and asked everyone to preserve the 'maryada'(holy status) of the scriptures.The Dasanami Sannyasins are not allowed by their 'Mathamnaya' to wear any of the above four by the way.

(Update:I have been pointed to two lines of SrinChaitanya Charitamrita by one member that reads as

Mahāprabhu then wore a tilaka with mud of Rādhā-kuṇḍa, and with the help of Balabhadra Bhaṭṭācārya, He collected some of the mud and took it with Him.

It reinforces my point.(The translation cited by him is misleading by the way). He did out of Love and reverence to Radhika and Krishna on this occasion. He repeated such behaviour at Halisahar when He visited the house of Sri Ishvara Puri. If He wore tilakaa regularly, these incidents would not have received such attention. I have seen many dasanami sannyasins to wear tilakas on special occasions on forehead and this behaviour is not against the scriptures).

And He used to wear tilaka before sannyasa which I am not refuting in any way.My question was about His behaviour after taking sannyasa.)

I am enclosing images of (a) the relief of Mahaprabhu at the Radha-Kanta (Gambhira) Math Puri where He stayed for eighteen years till the end of His earthly life. (b) old painting done by some artist of Odissa and (c) painting by artist of the Bengal school of Art. None of these are showing sikha, sutra, tilaka and kanthi-mala and are identical with the authentic portrait drawn on initiative of King Prataprudra that is included in the question.

Mahaprabhu (1486-1534) took sannyasa in the dasanami lineage. He remained immersed in love of God and did not form any sect. He never gave sannyasa to anyyone.He also mentioned that His views are totally different from the views of Sri Madhvacharya.It has also been pointed out that neither He nor His Guus Sri Ishvara Puri and Sri Keshav Bharati did have any connection with Sri Madhva sect. Sri Rupa Goswami also mentions Mahaprabhu's views as different from the Madhva sect in His writing. Very soon after the sudden 'demise' of Mahaprabhu, all of His bengali followers left Odissa and nama-samkirtan was stopped for fifty years throughout the entire Odissa!

Valadeva Vidyabhushan (1700-1793 AD) was a monk from the Madhva sect who became a follower of Mahaprabhu. He is found to start mentioning the name of Sri Madhva in his guru-parampara. From his time,Gaudiyas started trying to form a new sect and incorporate Him in the Madhva lineage.They had to do it to project themselves as authentic Vaishnava sect because as per the Padma-purana, only four Vaishnava sects are assumed to be authentic.In very very detailed works, Sri Sundarananda Vidyavinod (in 1937)and Principal Radhagovinda Nath, D.Lit.(in 1957) have shown that the sloka of the Padma-puran mentioning four sects of Vaishnavism is an interpolation and actually the guru-parampara seems to have been interted into the writings of Sri Vadadeva Vidyabhushana.

But these are not correct repesentation of Mahaprabhu so far as my limited knowledge goes.I will be happy to get corrected by authentic sources.

Even the idol known as the Dhameswar Mahaprabhu (the Deity of Mahaprabhu worshipoed by Her wife Mata Vishupriya preserved and worshipped till date (image enclosed) does not wear any kanthi-mala. It does not also show any Madhva-sect-type tilaka on different parts of body as shown by the ISKCON images.Only a tilaka on the forehead is seen,This also seems to point to the fact that Mahaprabhu was NOT a Vaishnava of the Madhva-Gaudiya sect even before His sannyasa

2
Why did the direct disciples of Mahaprabhu not accept any relation with the Madhva Sect?
8
Why does ISKCON translate bhagavan as 'Supreme Personality of Godhead' and others as demigod?
4
Does ISKCON advocate birth-based caste-system or guṇa-based? And on what basis?
6
Why is ISKCON giving upanayana samskara to shudras and mlecchas when it is contrary to Ramanujacharya's teachings?