What could be preventing Krishna to advance to the Middle West states? [closed]

The below map comes from this webpage and shows North American ISKCON temples, centers, gatherings, and home programs. 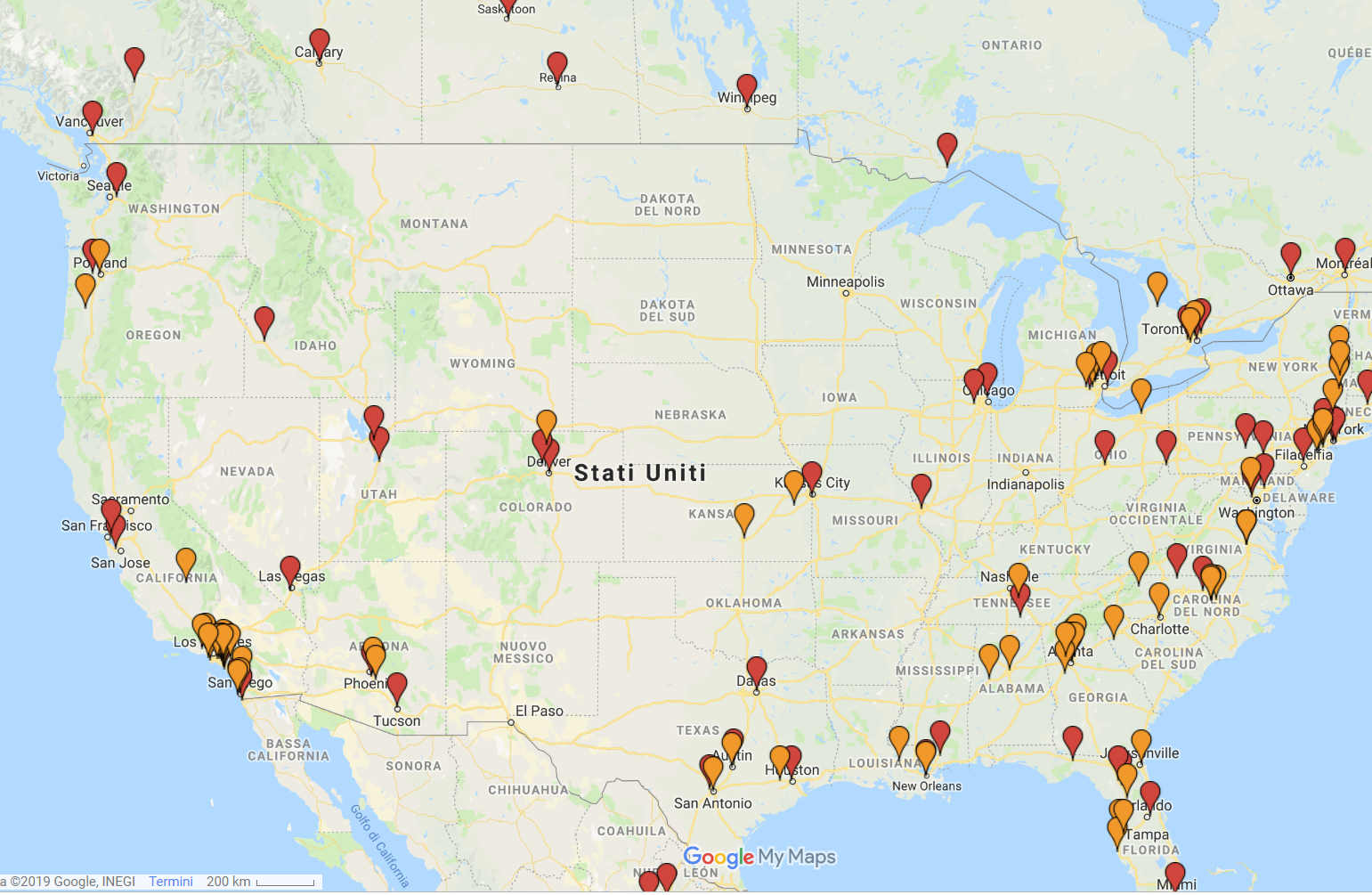 I was wondering what could be the reasons why there are no centres for Krishna, in the Middle West states of Montana, Wyoming, Dakotas and Nebraska.

Is it because of their lifestyle that there is no space for Krishna there?

what could be preventing Krishna consciousness to spread over to the Middle West states?

I think the time when Srila Prabhupada was preaching, there was counter culture and special attraction towards east which also helped in spreading.

Too much tamas or too much opulence generally makes it difficult for people to accept bhakti.

SB 1.8.26: Those increasingly under the influence of ambitions for a good birth, opulences, fame and beauty, will never ever deserve Your name on their lips, the name of You who can easily be approached by someone destitute.

And also, ISKCON was down for some time after Srila Prabhupada left the world, leadership was in wrong hands for some time, there were some scandals and earned bad name there. The senior most disciple was around 35 year old I think. Such a cultural gap and age gap b/w founder and disciple we see hardly anywhere.

ISKCON is recovering from that phase and hope it will definitely spread. As far as I know, now it is better than what it was before.

Not the answer you're looking for? Browse other questions tagged krishna temple culture iskcon .

5
How could Lord Krishna kill Bhishma even if he wanted to?
6
Why ISKCON only advocates Krishna?
6
In what manner, we are qualitatively one with God/Krishna?
4
What are the expansions of Lord Sri Krishna from the gaudiya vaishnava (ISKCON) point of view?
7
Does ISKCON identify itself as a Hindu organization?
6
What is the significance of this form of Sri Krishna at Udupi?