Which Mission is implied by the purport of Gita 10.42?

The 'Bhagavad-Gita As It Is', 'the best-selling and most authorative version of this classic of world literature', by Bhaktivedanta Swami, 'the world's foremost Vedic scholar and teacher', reads in the purport of the sloka 10.42 (2nd edition, page 480):

'There is a Mission that regularly propounds that worship of any demigod will lead one to the Supreme Personality of Godhead, or the supreme goal.But worship of demigods is thoroughly discouraged herein..'

My question is :Different Missions exist having different translations and explanations of the Gita. Which particular body is being referred to here as 'A Mission', that is being mentioned as spreading a message which is thoroughly discouraged by the Gita? 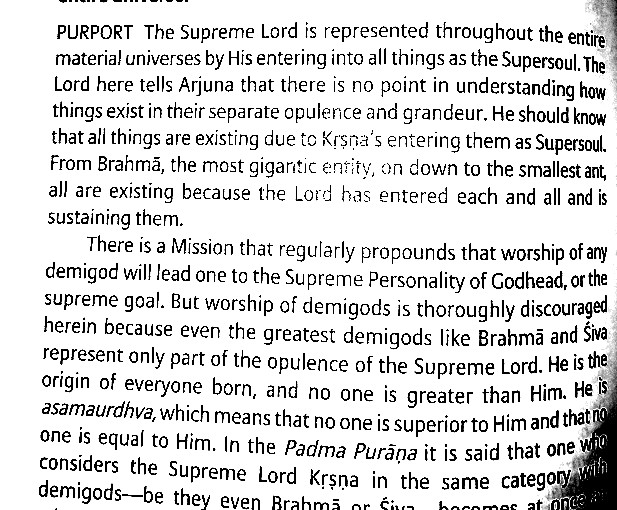 4
On verses, from major Hindu texts, similar in purport to those found in the Bhagawat Gita
4
In which verse number of Gita, Krishna tells about sankhya yoga?
8
Which chapters of Bhagavad Gita should be read for Shanti of the departed ancestors?
12
ISKCON's Bhagavad-Gita vs Other Bhagavad-Gitas