What is the Significance of 'paadaseva' of Sri Vishnu?

'Paada-Sevana' is one of the nine types of Bhakti. It is said that Devi Lakshmi 'got' Sri Vishnu by serving His lotus Feet. ('tad-anghri-bhajane lakshmih'). In images also we see Lakshmi doing 'pada-seva' of Vishnu.

What is the significance of this 'Pada-Seva'? Is it massage of His Feet? If yes, how is a devotee expected to do this? 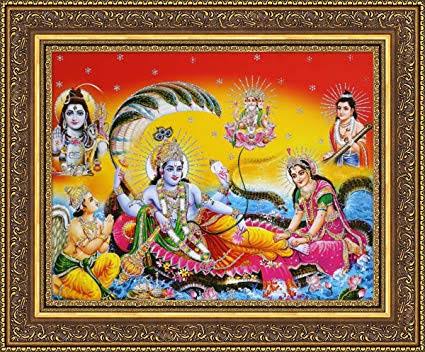 Pāda-Sevanam, one of the Nava Vidha Bhakti, is one of the most profound ways to worship the Lord Viṣṇu!

Pāda-Sevanam doesn’t literally refer to massaging his lotus feet; that honour is only given to Śrī Mahā Lakṣmī! It means worshipping the Lord by concentrating upon, or honouring his divine lotus feet or his Pādukās (his divine sandals).

Pāda-Sevanam is an innate sense of surrender to the Supreme Lord, by worshipping his lotus feet!

In the Srīmad Bhāgavatam, the lotus feet of Kṛṣṇa and Balarāma are exquisitely described:

Those two exalted personalities (Kṛṣṇa and Balarāma) beautified the cow pasture with the impressions of Their feet, which bore the marks of the flag, lightning bolt, elephant goad and lotus.

In Srīmad Bhāgavatam, Brahmā prays in the 10th chapter:

For those who have accepted the boat of the lotus feet of the Lord, who is the shelter of the cosmic manifestation and is famous as Murāri, the enemy of the Mura demon, the ocean of the material world is like the water contained in a calf’s hoof-print. Their goal is Paramapadam, Vaikuṇṭha, the place where there are no material miseries, not the place where there is danger at every step!

In the 10th chapter of the Bhāgavatam, the wives of Kāliya pray, glorifying even the dust of His Lotus Feet:

Those who have attained the dust of Your lotus feet never hanker for the kingship of heaven, limitless sovereignty, the position of Brahma or rulership over the earth. They are not interested even in the perfections of yoga or in liberation itself.

Hence, Pāda-Sēvanam is by itself, a pure form of Bhakti, and if performed with genuine devotion, can even lead to Mokṣa.

8
What is Adi Shankara referring to when he says "He has Vajra marks on his feet"?