Which form of God is referred to as 'Hari'?

Which Form of God is referred to as 'Hari' in our scriptures? Does 'Hari' mean the Formless Brahman also?

As the Vishnu Sahasranamam states, Hari is regarded as a name of Sri Vishnu:

The word "Hari" literally means "One who destroys Samsara."

We know from Sri Krishna in the Bhagavad-Gita itself that He indeed is the one who liberates jivas from Samsara:

English Translation: But those who dedicate all their actions to Me, regarding Me as the Supreme goal, worshiping Me and meditating on Me with exclusive devotion, O Parth, I swiftly deliver them from the ocean of birth and death, for their consciousness is united with Me. (Bhagavad-Gita 12.6-7)

Interestingly, Hari is also regarded the name of Mahadeva according to the Shiva Sahasranamam:

However, "Hari" is more popularly used to refer to Sri Vishnu.

The term "Hari" is also used to refer to an incarnation of Vishnu:

In that Manvantara the Lord too was born through Hariṇī from (the loins of) the sage Harimedhā (her husband) and was named Sri Hari, by whom Gajendra, the (celebrated) leader of (a herd) of elephants was extricated from (the grip of) an alligator. (Srimad Bhagavatam 8.1.30) 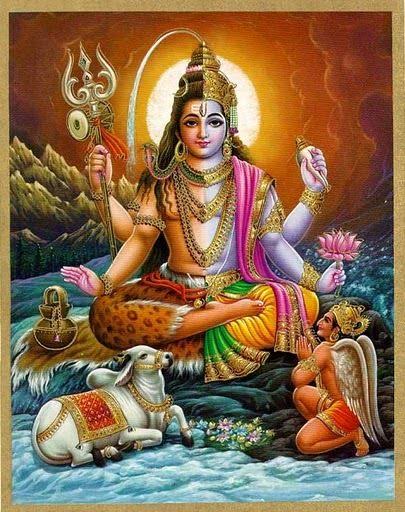 The form of God referred to as 'Hari' is Sri Vishnu, Sri Krishna or His different incarnations.

In the svarupa, both are the same and some names commonly known as of Lord Shiva like 'Swayambhu', 'Sambhu' etc are included in the Vishnu-sahasranama also.

But all our scriptures unianimously mean Lord Vishnu or Lord Krushna by Hari.

So there is no room of confusion here.

Srimad-Bhagavatam however repeatedly speaks of both the aspects of Sri Hari ---with form and without form. For example, Sri Hari Himself describes His formless svarupa as

The Supreme Brahman, who is extremely subtle, being of the nature of pure Existence-Consciousness-Bliss, unlimited and impossible to be conceived with an impure heart (10.88.10).

4
Why is Lord Vishnu called Aravamudhan?
8
Why is Shiva called “Bholenath”, Bhootnath, Amarnath, Kedarnath, Omakara etc.?
6
Why is Sanātana Dharma also sometimes called Ārṣa Dharma?
7
Which Hindu scriptures use the word Ārya and in what sense?
0
Which one God have more maximum names? Krishna or Shiva?
4
Which is correct name Krushna or Krishna?
10
When was the expression “Sanatana Dharma” first used and what does it mean?
11
Is Panduranga the name of Lord Shiva?