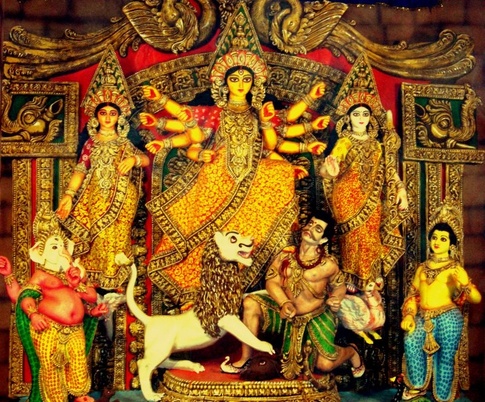 10
How Skanda in North India to Kandha (Lord muruga) in South India?
20
Why is Saraswati shown with Ganesha and Lakshmi?
13
Is Mahishasura Mardini Lakshmi or Durga?
2
Why Goddess Saraswati is considered as Lord Shiva's younger sister?
7
Why is only Durga associated with Devi?
7
Are there sects for Lakshmi or Saraswati?
6
How did Saraswati end up as "wife" of Brahma?
8
Who is Goddess Gayatri? Is she another form of Saraswati or Saraswati in Parashakti form?