Was the Ivory image of Lion-human found in Germany indicating Narasimha?

From Wikipedia article of Lion-man or The Löwenmensch figurine: 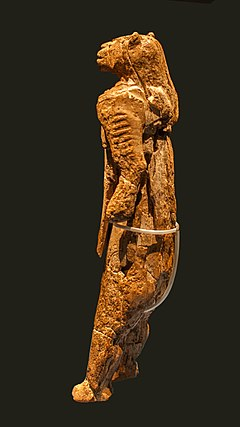 The lion-headed figurine is the oldest-known zoomorphic (animal-shaped) sculpture in the world, and the oldest-known uncontested example of figurative art. It has been determined by carbon dating of the layer in which it was found to be between 35,000 and 40,000 years old, and therefore is associated with the archaeological Aurignacian culture of the Upper Paleolithic. It was carved out of mammoth ivory using a flint stone knife. Seven parallel, transverse, carved gouges are on the left arm.

My question is whether this ivory figure was crafted based on the story of Nrisimha or Narasimha ? 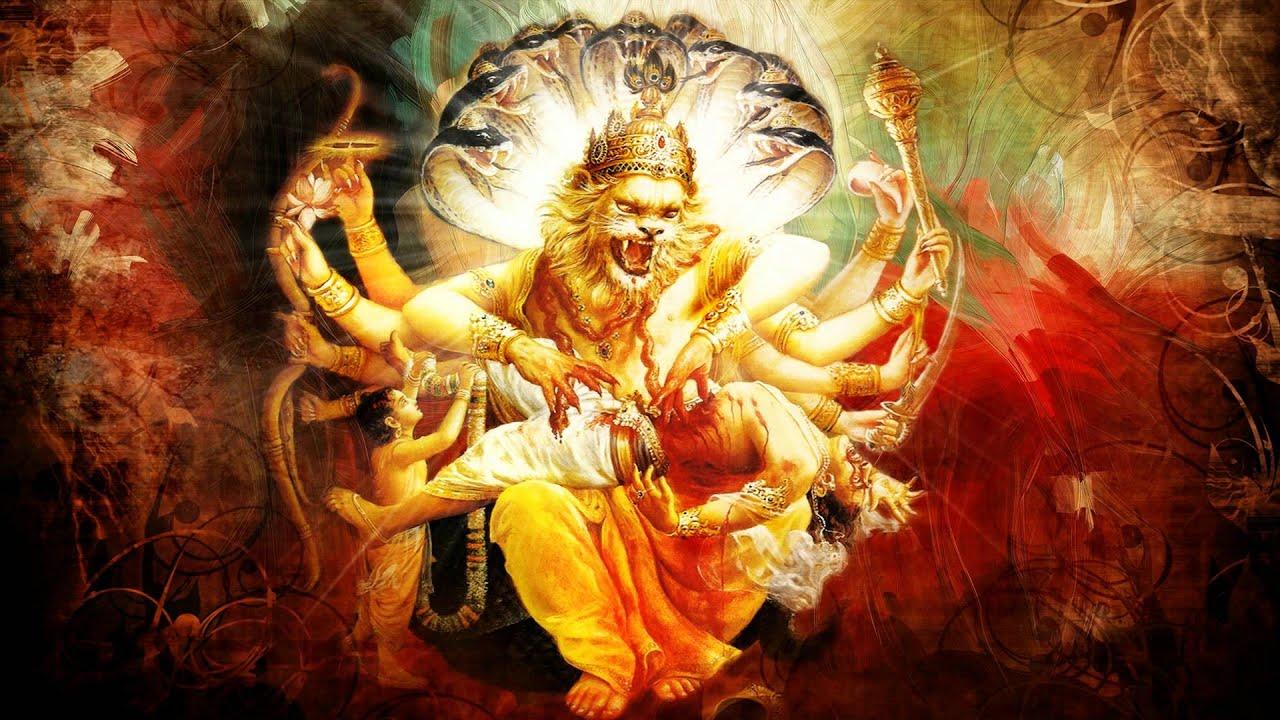 The Lion-man statuette has nothing to do with the Narasiṃha avatar of Viṣṇu.

The Bhāgavata Purāṇa says the Narasiṃha avatar had a mane (saṭā-keśara) which is typical of a male Asiatic lion and this is clearly missing in the Lion-man sculpture. And it's not just the mane, several other features listed below are also missing.

SB 7.8.19-22 — Hiraṇyakaśipu studied the form of the Lord, trying to decide who the form of Nṛsiṁhadeva standing before him was. The Lord’s form was extremely fearsome because of His angry eyes, which resembled molten gold; His shining mane, which expanded the dimensions of His fearful face; His deadly teeth; and His razor-sharp tongue, which moved about like a dueling sword. His ears were erect and motionless, and His nostrils and gaping mouth appeared like caves of a mountain. His jaws parted fearfully, and His entire body touched the sky. His neck was very short and thick, His chest broad, His waist thin, and the hairs on His body as white as the rays of the moon. His arms, which resembled flanks of soldiers, spread in all directions as He killed the demons, rogues and atheists with His conchshell, disc, club, lotus and other natural weapons.

The reason the mane is missing in the Lion-man sculpture is because it's modeled after the cave lion and the males of this species lacked distinctive manes. And some researchers are still trying to figure out if the bottom human part of the statuette represents a man or a woman.

Not the answer you're looking for? Browse other questions tagged narasimha .

2
Can the 4,000 years old mural etched into the Darband-i-Belula cliff, Iraq be linked to Sri Rama and Sri Hanuman?