Is taking deeksha important in current situation or time?

Is taking deeksha important these days? Because according to some scriptures it was said that without talking deeksha, your worship will be incomplete.

Yes, it is true that taking Dīkşā or initiation is mandatory. But to know the importance of Dīkşā, one must know the greatness of Guru.

Guru is embodiment of Mańtras, Śabdabrahmaman and consciousness; whatever words are uttered by Guru are to be considered as Guru Mańtra. The Mańtra that Guru whispers into the ear of disciple during Dīkşā pervades each and every cell of the later. In other words, Guru esoterically resides inside the disciple in the form of Guru Mańtra. It is the duty of a disciple to nurture the seed Mańtra sown by Guru by chanting it, and help it germinate and grow into a fruit-providing tree. 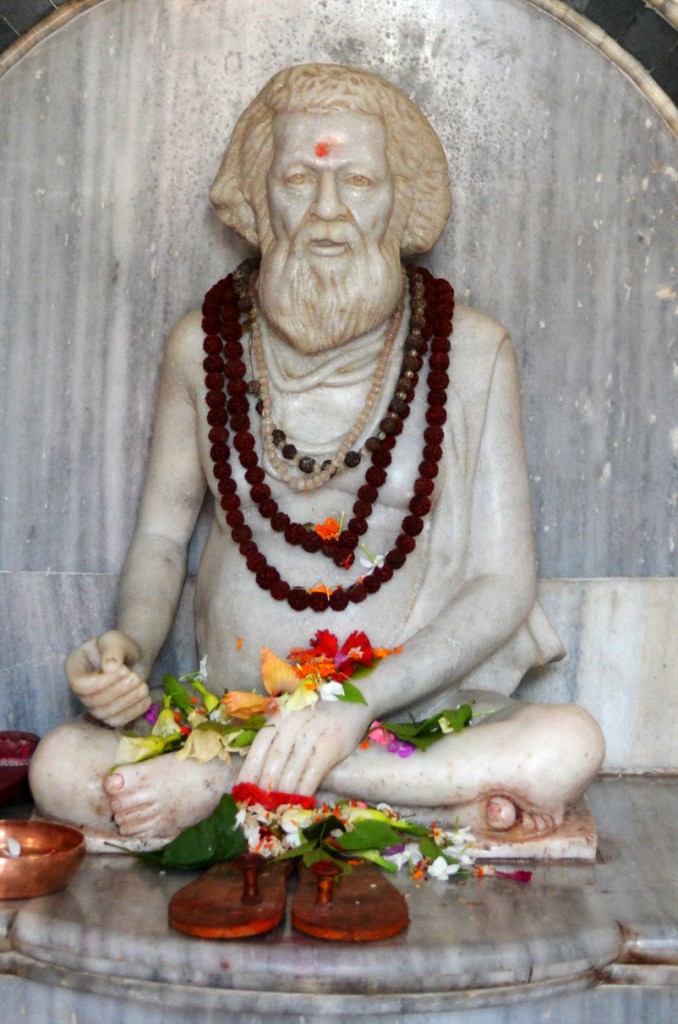 These days out of fear of false & money-minded Gurus, people usually search Google for Mantrasand start chanting them without any knowledge of the proper procedure of Japa and Řşyādi Nyāsa of the Mantra; but such act may result either in no effect or into potential harm. Hence, entitlement to chant a Mantra is obtained only after a bonafide Guru gives Dīkşā.

Having said that, before Dīkşā it is mandatory for an aspirant to know about the different Ācāras or modes of worship that come under Hinduism. According to Śrī Viśvasāra Tańtra there are seven Ācāras or customs of Hindu way of worship, which are categorised under three Bhāvas or modes. These are given as follows:

The religious customs that stress upon observence of celibacy for making mind and body capable of performing Śaktipūjā, and either use substitutes of Pańcamakāras or abstain from their use totally are categorised under Paśubhāva. Here the word "Paśu" does not mean an animal, but a Jīva bound by the Pāśa (noose) of desires. A Paśvācārī is someone who has not yet overcome his Jaivika tendencies and his sole refuge is Lord Śiva as Paśupatinātha. Such Sādhaka is one who has not yet experienced the esoteric aspects of Śakti Sādhanā.   Vāmācāra & Siddhāńtācāra are categorised under Vīrabhāva, because a Sādhaka who after undergoing the stage of a Paśu becomes entitled to the rarest form of Śakti Sādhanā is known as a Vīra. Here the word "Vīra" does not mean physical strength but rather refers to the act of a Paśvācārī to conquer his Jaivika tendencies bravely. Rudrayāmala says "vīrabhāvam mahābhāvam sarvabhāvottamottamam".

Divyabhāva is that Sātvika state in which the Sādhaka becomes a Siddha and attains Brahmajnāna. Here there is no restriction of rites & rituals and hence without using any Pańcamakāra literally, the Sādhaka can offer them spiritually. In Divyabhāva Dīkşā & worship are mental and Yoga is of Kulakuņđalinī. This state of Tańtra Sādhanā, in which Jīva realises his Śivatva at last; hence the following has been said in Rudrayāmala: 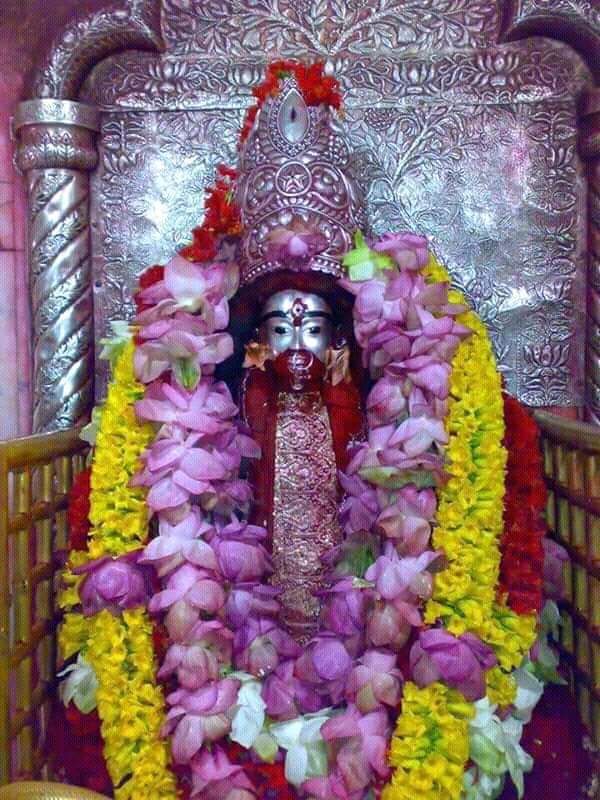 Here is in very brief the descriptions of these seven acharas:

In this Ācāra the devotee follows the rules laid down in the Vedācāra and worships Lord Vişņu. He offers all his karmas to Vişņu and envisions Him in everything. Here the Sādhaka has to follow some rather strict purity-impurity rules.

In this Ācāra the devotee follows the Vedācāra rules to worship Śiva-Śakti. Here the devotee sees Lord Śiva in everything.

The propunder of this Ācāra is Bhairava as Vāmadeva because of which it is so called. The meaning of "Vāma" is "Śreşța" or the best; hence the path followed by the best Sādhakas is "Vāmācāra". Apart from that, Vāma also means "Viparīta" or the opposite. In traditional doctrines Nivřtti or renouncing Pańcamakāras is believed to be the path to Mokşa. The path which believes in just the opposite doctrine i.e., Mokşa can be achieved by indulging in Pravřttis or by embracing Pańcamakāras as per the ordinances set by Tańtras is called Vāmācāra.

In this stage the Sādhaka tries to arrive at a conclusion by making a comparative analysis of Bhoga (enjoyment) & Tyāga (renunciation) which is why it is called Siddhāńtācāra. Here the Sādhaka performs Sādhanā as per Vāmācāra but here more importanace is laid on Ańtaryoga or inner Yajna, as a part of which Bahiryoga or external worship is also conducted. Here the Sādhaka always contemplates on Nityaśuddha Ātman or the self. The Sādhaka of this Ācāra has already seen both the Dakşina (Nivřtti) and Vāma (Pravřtti) paths. Upon reaching this stage the Sādhaka's mind becomes more calm and stable and he nears the Kaulajnāna.

This the highest path in Tańtra Sādhanā and is defined by Kulārņava Tańtra as follows:

Translation:- Śiva is Akula, Śakti is Kula; and the one who is adept in investigating the relation between Kula and Akula (i.e between Śiva & Śakti) is a Kaula.

In Mahānirvana Tańtra it is stated that Jīva, Prakřti Tattva, Dik, Kāla, Ākāśa, Vāyu, Teja, Āpa and Kşti are called Kula; the Ācāra that teaches us to have Nirvikalpa Buddhi or a state of monistic non-duality in the Kula is Kulācāra or Kaulācāra. It is the provider of Brahmavidyā and giver of both Bhoga & Mokşa.

It should be known that without Dīkşā from a bonafide Guru, there is no entry and/or entitlement into any of these Ācāras; and without any Ācāra or Mantra, there can be no Arcanā. Hence it is always mandatory for ones who want to attain grace of their Işțha to undergo Dīkşā.

The so called "bad Gurus" or the "incapable ones" are present in every age. But probably in today's time they are the majority.

Even the scriptures admit that there will always be Gurus of that nature.

There are plenty of Gurus who steal the disciple's wealth. But O Devi! such a Guru is rare who is capable of taking away the miseries of the disciple.

But, good-bad people or capable-incapable ones are present in every sphere of life all the time. We get what we deserve.

It does not mean that we should not get ourselves initiated. Because it is the first step that makes one qualified for practicing the religion or a particular Sadhana.

You are right in saying that an uninitiated person's worship remains incomplete.

Whatever acts the uninitiated does, whether it's Japa, PujA or anything else, don't bear any fruits just like seeds sowed on stones don't grow into plants.

O Devi! for the uninitiated there is neither Siddhi nor Sadgati (liberation). That is why with due care one needs to get oneself initiated from the Guru.

Even for achieving the highest knowledge that leads to liberation, Guru DikshA is the very first step.

In this regard, Lord Shiva says to the Goddess:

Without DikshA there's no MokshA - this is the command of Shiva. And without the Teacher, DikshA is not possible; hence in this regard tradition of Teachers (Guru ParamparA) has been laid down.

One cannot obtain Liberation by simply chanting Vedas nor by self-study of the Scriptures. Liberation comes from the dawning of pure wisdom alone, not otherwise O Garuda.

Therefore one should obtain the True Knowledge of the Atman from a worthy preceptor. From following the teaching of a Guru, one may easily attain liberation from this awesome ocean of rebirth.

Therefore, if we consider the highest goal for us is to achieve liberation then taking Diksha is absolutely necessary irrespective of which age we are living in.

Not the answer you're looking for? Browse other questions tagged guru initiation .

2
Mantras, Initiation and Practice
2
Does "Sadgati" mean a more fortunate/higher birth in one's next life?

8
How to tell if your guru is god-realized?
9
What does Lord Shiva mean by saying that in Shaiva traditions Gurus are three?
14
Does nAma-japa also require dikshA (initiation)?
7
Is initiation/diksha carried over to the next birth?
11
Exceptions from adherence to strict rules of mantra chanting
3
Can you reverse a diksha?
1
How Guru decides his Shishya and chose for preachings?