What are the names of Yamunacharya's disciples?

How many disciples were there of Yamunacharya sage and what are their names?

Out of these, there were five prime disciples. Yamunacharya recognised Ramanucharya's devotion towards Vishnu. He instructed his prime disciples to teach various aspects of Sri Vaishnava tradition to Ramanujacharya.

Following is an image of Sri Vaishnava Guruparampara. 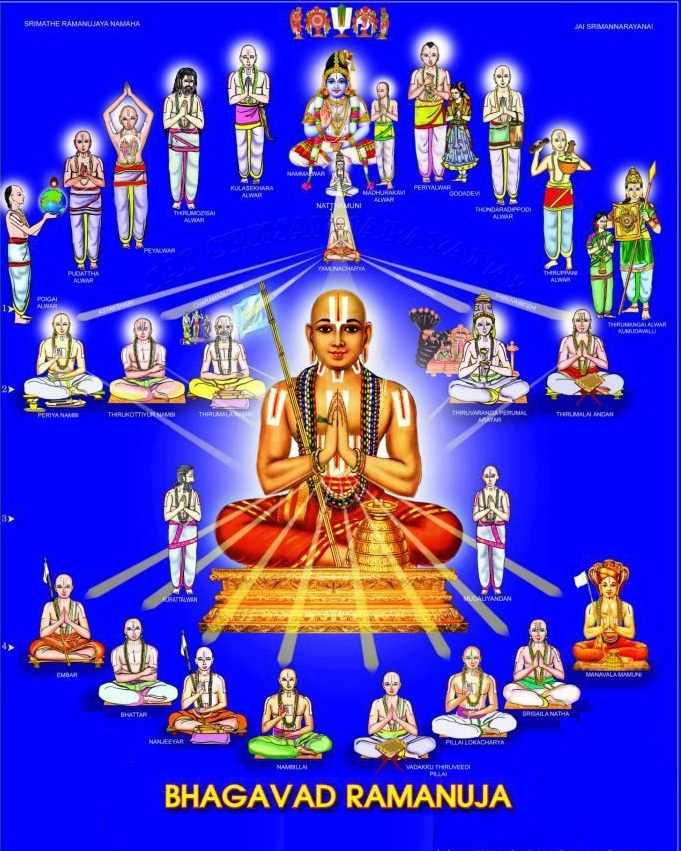 Not the answer you're looking for? Browse other questions tagged sri-vaishnava yamunacharya .

12
What are the Kashmir Agamas defended in Yamunacharya's lost work?
3
How much does the divinely created statue of Ramanujacharya resemble him?
4
Does Purva Mimamsa believe that the law of Karma is intended to increase faith?