Who was the Rishi Katyayan who became father of Goddess Katyayini?

In the Nava-Durga the sixth form is of Goddess Katyayini & I have heard that Goddess Durga became the daughter of Rishi Katyayan that is why she was given this name. I want to know who the rishi was and how could he obtain the Supreme Goddess as his daughter?

I was reading the Katha-Sarit-Sagar and came across this name so am sharing with you the details of Rishi Katyayan as per this particular story. I couldn't find an online english version of the text so am sharing the scrrenshots of the relevant portion here along with a summary:

Rishi Katyayana was originally a Shiva ganna named Pushpadanta who had earlier been a human named Devdatta who managed to please Lord Shiva and ask for his blessings to become his attendant. He used to live on Kailash with his wife Jaya serving Lord Shiva and Goddess Parvati. Parvati, who had wanted Shiva to tell her a story that no one else knew but Pushpadanta, managed to overhear it. 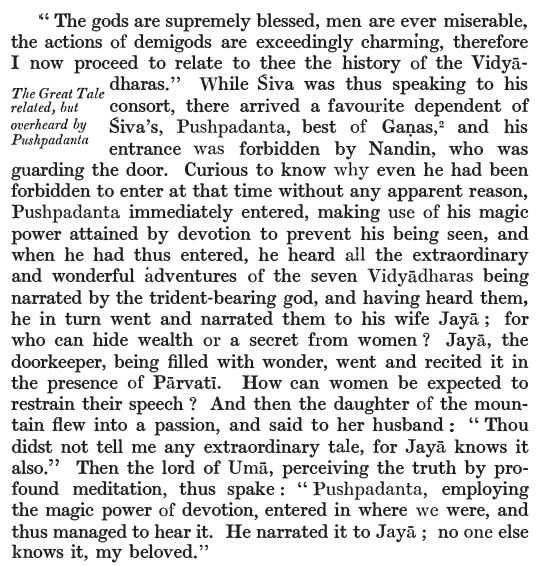 The Goddess did not like the idea of Pushpadanta knowing a story that was meant only for her ears and therefore cursed him to become a mortal on earth. Pushpadanta's friend Malyavan who had been his brother in the human form tried to intercede on his behalf but he was also cursed similarly. 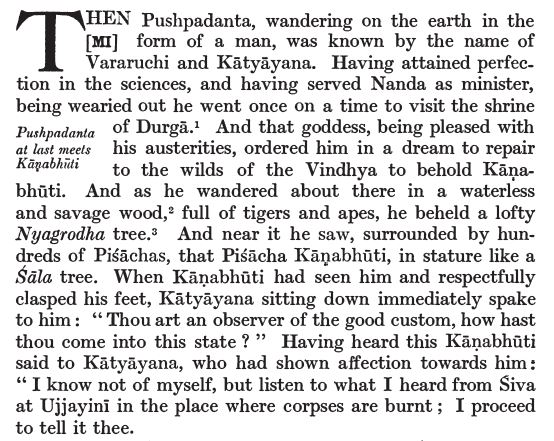 Pushpadanta lived his life as Vararuchi also known as Katyayan and faced many ups and downs as a human. He worshipped Goddess Durga and finally got to meet the Pishach Kanabhuti who told him the way to get rid of the curse: 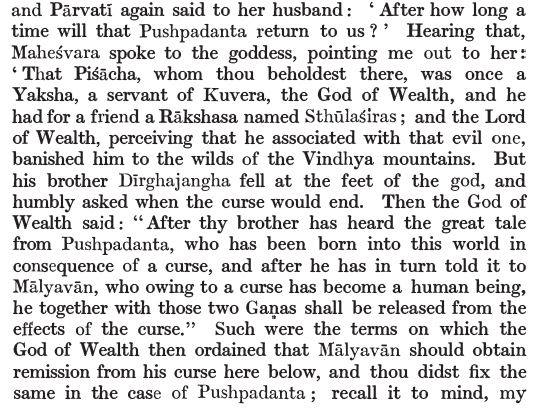 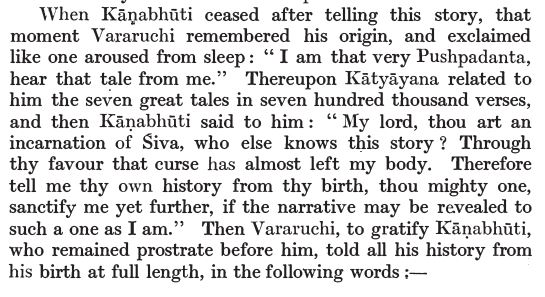 This story that Katyayana narrates to Kanabhuti is the same one that he had heard from Lord Shiva and is believed to have been in seven parts. But only one of them survived and is now known as the Kathasaritsagar.

After narrating the story he goes back to the forest to worship the goddess to help him give up his body. Though the Kathasaritsagar doesn't mention the incident of him siring the goddess or shaping the energy beam as mentioned in the other answer, his connection to the goddess Durga/Parvati is unmistakenably there throughout the text.

I hope this helped you know a little more about the rishi's origins.

We find a brief story of emergence of goddess Katyayani at the ashrama of hermit Katyayana In Vamana Purana- Chapter 18 - Description of greatness of Goddess-Verses 6-13. And from that we come to know him and how he gave birth to Goddess Katyayani.

Brief story Of Birth Of Devi Katyayani from Vamana Purana-

Once demon Mahishasura defeated all the gods from heaven. All the gods then went to Lord Vishnu for help with the lead of Brahmadeva. There they saw Lord Vishnu and Lord Shiva being seated together. Gods told all the deeds of Mahishasura to them and asked for their help. Vishnu-Shiva-Indra then got filled with anger. As a result of their anger a ray (splendor or Teja )came out from their mouths. And that ray got crstallised like ridge of the mountain in the ashrama of Maharshi Katyayana . He then processed that splender and it gave birth to an goddess called Katyayani.

As a result of anger built up in the minds of Madhusudana , Shankara , Pitamaha and Indra etc. gods , rays came out from their mouths. O hermit ! that ray was crystallised like the ridge of a mountain in the ashrama of Katyayana hermit. That hermit processed (Upabrhana) that splendor. That crystallised splendor of all the gods and duly processed start glowing like several thousand suns. Such combination of splendor gave birth to caprice and to a huge eyes and purified body , a goddess called Katyayani.

How could he obtain the Supreme Goddess as his daughter?

From the above story we came to know that Rishi katyayana was having very great merit (splendor) and powers . So that he could process beams of light radiating from the bodies of the gods and from that processing goddess was born. So he was technically did not gave birth to the goddess , but he made the appearing of the goddess possible through his powers , by processing the teja (splendor) of gods like Vishnu , Shiva , Brahma and Indra and that is why he is considered as father of devi katyayani.

Why she was given this name.?

The answer is also provided in vamana purana shloka 13.

The great and supreme splendor of hermit was popularly known as Katyayani and the goddess so originated became famous in this universe with the same name Viz. Katyayani.

I want to know who the Rishi Katyayana was.?

We find several personalities called as Katyayana who wrote or are author of various works like Vartikas on Paniniya sutras and a son of Somadatta. Another is author of Chandra-Vākyās and several names from Tamil Nadu and kerala.

Kumara said : O Katyayana , I shall briefly expound the rules of grammar which will enable infants to easily comprehend that subject and to understand the formation of word.

So the above mentioned Rishi Katyayana is a grammarian.

David Frawley in his book Vedic Yoga: The Path of the Rishi is also quoting from Rishi Katyayana Other internet sources are mentioning that he is related with clan of Vishwamitra and gave birth to Shukla yajurveda Katyayana Branch. Unfortunately we are not very much sure about who exactly among these this story of Katyayani Devi is associated. He name is just briefly mentioned in Mahabharata but apart from this we won't get any stories related to Rishi katyayana from Hinduism scriptures. .
Share
Improve this answer
edited Jul 30, 2019 at 14:31
answered Jul 30, 2019 at 12:59

Not the answer you're looking for? Browse other questions tagged rishi devi nava-durga .

9
Is there any account of life stories/life styles of ganas of Lord Shiva?

8
Was Goddess Gayatri really a cowherdess?
6
Was Rishi Agastya the uncle of Ravana?
7
Is there a connection between the Navadurga and the Dashmahavidya?
8
Is there a mention of Nava-Durga in Vedic scriptures?
6
Who is Goddess Tvarita?