It is believed that Adi Shankara has also written a sub commentary on Yoga sutras of Patanjali.

This is A previously unknown sub-commentary recently discovered in around 1952 on the Vyasa commentary of Yoga Sutras of Patanjali ascribed to Sri Adi Shankaracharya.According to scholors , it is now increasingly accepted as authentic .

One such book is Sankara on the Yoga Sutras - authored by Trevor Leggett.

It is very interesting to know that Adi Shankaracharya would have written Bhashya on Yoga Sutras of Patanjali. The idea of Adi Shankaracharya's view on Patanjali Yoga Sutras often comes in my mind and the only thing known/available is that in his commentary on BrahmaSutras, Adi Shankaracharya refuted the Yoga School just by a single paragraph. (Actually BrahmaSutras debates with Samkhya considerably and when it comes to Yoga, it says since Samkhya is refuted, Yoga is also). This was one of the reason for asking the question: Has Swami Vivekananda discussed regarding the refutation of Yoga Darshana in Vedanta Sutras?. The answer gives us an idea that the practice of Yoga and philosophy of Yoga can be different things and practice of Yoga would be accepted by Vedanta.

Coming back to the point of question, Yes!, I've just found a scanned book Patanjala-Yogasutra-Bhasya Vivaranam of Sankara-Bhagavatpada on Internet Archive. It's tagged under opensource collection.

Here is the detail of book:

Here is a sample image of the book: 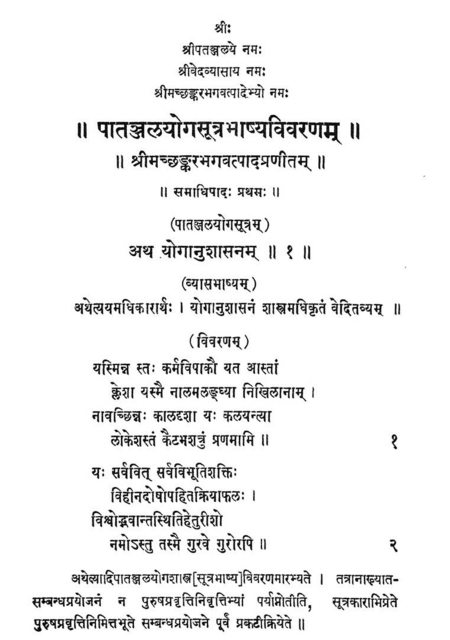 You can get it in PDF format 64MB

Note: The authenticity of the work is also discussed in preface.

As mentioned in the question the english translation of Adi Shankara's sub-commentary (Vivarana) on Vyasa's Patanjali Yoga sutras authored by Trevor Leggett is also available in English on his Adhyatma Yoga Trust Website which we can read over there.
Share
Improve this answer
edited Sep 30, 2019 at 6:40

7
Why is it believed Brahma Sutras were written by Rishi Ved Vyasa?
6
Has Swami Vivekananda discussed regarding the refutation of Yoga Darshana in Vedanta Sutras?