Which form of Shiva is in the attached picture?

Which form of Shiva is it in this picture? Why did he take this form? 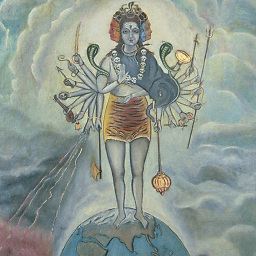 He is Swacchandanatha form of Lord Shiva who made Tantras.

From the Lecture on Practice and Discipline in Kashmir Shaivism 1982 - Swami Lakshman Joo Raina says:

In the beginning of Satyuga, Lord Shiva appeared in the form of Swacchandanatha, with his five mukha(mouth), namely Ishana, Tatpurusha, Sadyojata, Vamadeva and Aghor. These mukhas represent his five energies, namely, Consciousness, Bliss, Will, Knowledge and Action. He manifested Tantras through his five mukhas (energies), some given by each of his mouth while others recited by him through two or more than two mouths simultaneously.

When these five energies of Lord Shiva unite with each other in such a way that each of these take hold of the rest simultaneously, they give shape to 64 Bhairav Tantras which are purely Monistic(Advait). The thought expounded in these Tantras is called the "Trika" philosophy or the Kashmir Shaivism. 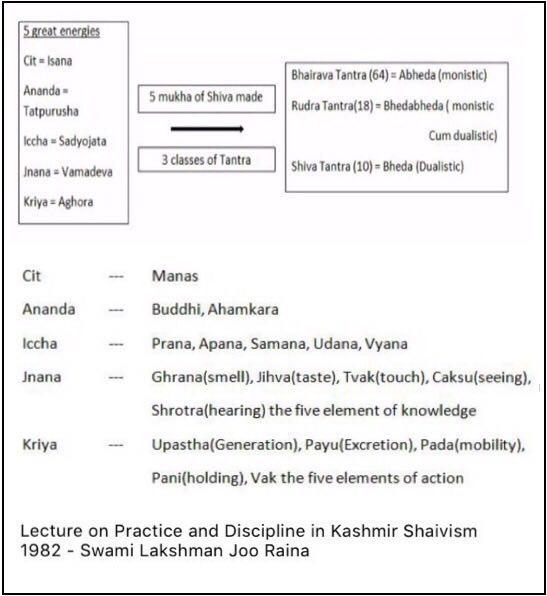 According to Pashupata Shaivism, there are five aspects/ forms of the Shiva. These five aspects are represented by five faces of Shiva. Each face represents different direction, element,time,senses of the human body, energy and color.

Not the answer you're looking for? Browse other questions tagged shiva gods identification-request .

15
Why does Lalitha Devi sit on Shiva?
6
Who are the other people in this Shiva picture?
6
When and why did Shiva take Arthanārīśvara form?
10
Who is this God in the picture?
1
What is the exact story of the origin of goddess Annapurna?
7
Shiva showering gold coins, which form of him is it?
5
Which form of lord Vishnu is it?