Russian archeologists claim to have discovered the recipe of Soma or Haoma. How strong is this claim?

In 2009 Russian archaeologists while excavating a burial chamber in Mongolia discovered a woollen textile dating back two thousand years. Parts of a carpet composed of several cloths of dark-red woollen fabric. On that fabric, there are pictures one of which is of a priest and a king, where the priest is presenting a mushroom to the king. According to Russian researcher Natalia V. Polosmak, this divine mushroom is similar to psychoactive species psilocybe cubensis. And they are saying that the drink soma has been prepared from the mushrooms of family Strophariaceae. For the sake of asserting "how strong is this claim?" we have to look into how scriptures as well as some modern-day findings and conclusions are describing the plant, from which the drink soma was prepared. 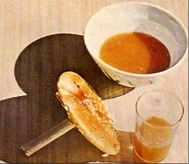 Firstly let's see some claims about the identification of soma plant, whether this is a plant or a mushroom or something else.

R.G. Wasson in 1960s, with his friend a french Indologist Louis Renou and Wendy Doniger O’ Flaherty identified Soma as the ‘fly-agaric’ (Amanita muscaria). Mr. Wasson visited India several time during his research. He also extracted Soma juice from Amanita muscaria , the mashroom. According to Wasson's study the Rig-Vedic soma had no leaves no flowers or its blossoms, no fruit, seed, no roots and called as ‘ek pād’ or single footed.The claim of Russian archaeologists is very similar to that of Mr. Wassons.

Here is the PDF Soma, an Enigmatic, Mysterious Plant of the Vedic A – ryas: An Appraisal detailing the findings of Mr.Wasson.

A well-known scholar Mr. David Frawley in his book Soma in Yoga and Ayurveda is clearing some of the doubts about the Soma plant. He states that Soma plant described is not a single plant throughout times and various locations. He also proposes various ideas about which exactly is Soma plant and also as it's use as plant metaphor. According to him the Vedic Soma is not a mushroom. Page 326.

The view we will propose here is that Soma was never simply a single plant. Soma referred to several plants , sometimes a plant mixture or preparation and more generally to the sacred usage of the plants overall , to the extent that it is plant metaphor.

The great ancient Ayurvedic doctor , sushrut , mentions twenty-four types of soma plants found in the mountain ranges of India. Soma, therefore, was part of the entire science of sacred plants and not just one plant in particular. The one and the same divine Soma plant may be classified into twenty-four species according to the difference of habitats, structure, epithets and potencies.

Some modern scholars emphasize the plant Ephedra as the main soma plant. Ephedra commonly grows in different places in India even today and sometimes even called as "Somalata or Soma creeper" . but does nor prove that Soma Ephedra was the only soma plant, nor does Ephedra resemble the characteristics of the primary Soma plant described in Rig-Veda.

Other scholars propose that the original Soma was the Amanita muscari mushroom , which is used by many shamans , particularly in Siberia . While i can not say for certain that this mushroom was not one of the many kinds of soma , the Vidic somas are described in different ways and mushrooms are rarely used medicinally in traditional Ayurvedic medicine or known to be common food of Yogis or overall. On the contrary, mushrooms are usually not recommended for pure yogic diets. The vedic soma plant is described with leaves, which mashroom do not have and said to be fibrous (amshu-man) , with filaments. It is often said to grow in water like lotus or lily. Another candidate of the non-hallucinogenic, stimulant hypothesis is a species of the genus Ephedra.

Similarly, In 1971, Vedic scholar John Brough from Cambridge University rejected Wasson's theory and drew attention to ephedrine (in particular to that extracted from Ephedra sinica), and noted that it "is a powerful stimulant, and would thus be a more plausible preparation for warriors about to go into battle than the fly-agaric.

Here is the list of possible candidates of Soma plant proposed by various scholars.

Now if we look at the actual Rig-Veda and other scriptures where this Soma plant is mentioned , we find the results which are opposite to that of obove mentioned ones.

Mr. Wasson also prepared that soma juice , which we can see is of red color in the pitcure. But in actual Rig-Vedic hymns the juice is said to be of green color.

In Rig-Veda at several places we found this mention of the soma juice being of green colour in mandala 9 .

Further evidence of Soma plant being creeper comes from Mahabharata- Shalya Parva-Chapter 36 . There is story of three rishies in Mahabharata where it is mentioned that Triti one of them, when fallen in deep well, imagined the Soma creeper as he was known for the sacrifice of devatas.

There is also mention of this Trita rishi in Rig-Veda 9.34.4. It is said that this rishi Trita discovered the soma plant and its juice.

Although the pit was dry, the sage imagined the existence of water and of sacrificial fires there. Constituting himself the Hotri (in imagination), the great ascetic imagined the creeper he saw to be the Soma plant. He then mentally uttered the Richs, the Yayushes and the Samans (that were necessary for the performance of a sacrifice).

Mention of Soma growing in different lands in Rig-Veda.

Rig-Veda in its 9 th mandala-Sukta 65 mentions that different soma plant grew at different places, near the Saraswati river or far away lands. This shows that the soma plant mentioned in Rig-Veda has regional variations. The below mantra prays for the soma juice from various places be auspicious to them.

22 May this soma-Juices which are effused at a distance or nigh or on Saryanavat (lake). 23 Or amongst Rijikas or the Kritwas, or in the neighbourhood of the river Saraswati, etc. or in the five castes.

Difference in methods and ingredients according to region.

There is also the possibility of difference in methods of preparation or addition of completely different ingredients while preparation of this drink soma according to regional variation and availability of those ingredients apart from the main plant. Soma could be the common name of the drink, derived from different species of plants like creeper or Mushrooms etc. , having a similar effect

In conclusion part of the above PDF it's said that Vedic people used two different plants as soma in two different time intervals.

By about 3700 BC the Vedic Āryas possibly used the fly-agaric, a mushrrom, Amanita muscaria to prepare Soma drink. And, when it became rare in nature and was only available at far off distances and on mountains, the Falcons Śyena) birds were used to collect and bring it to their masters. The collection of Soma by the SOMA, AN ENIGMATIC, MYSTERIOUS PLANT OF THE VEDIC ARYAS 39

Falcons is very well recorded in the gvedic hymns. Perhaps, Wasson did not give any importance to this fact, which actually well supports his findings that Soma as the plant like fly-agaric, which is small red and colourful and quite distinguishable and could easily be lifted and brought by the Falcons. By about 2500-2000 BC, they used ephedra, cannabis and poppy together as Soma.When they were in the mountainous region they had to use only ephedra, as Soma, which was plentifully available but cannabis and poppy were not available, and, they had completely forgotten even the use of Amanita muscaria as Soma.In India when they had spread eastwards and southwards in the plains, ephedra was not available so they had to used other plants as substitute and surrogates.

This above theory is supportive to the Aryan migration theory. But those who do not accepts it will not accept the above.

Conclusion - So, in conclusion we can say that at this point we can't surely claim either the theory put forward by Russians is completely true or false. There are numerous findings and several hypotheses put forward by scholars and Indologists. But considering all the above evidances we can conclude that this Soma plant mentioned in Rig-Veda is a plant /creeper and not a mushroom. So there is very slim chance of this mashroom as a true candidate of Soma plant of vedas if we completely are concluding from vedic scriptures and not considering the falcon theory that vedic people send a falcon to bring soma mashroom from a distant land to where they previously migrated.

Not the answer you're looking for? Browse other questions tagged soma .

14
Which rituals need Soma? If the Soma plant is extinct, is there any substitute for it?
13
Is Soma Really a drink Or a Metaphor For Vedic Immortality?
1
Who is Soma in this mantra from Rigveda?

13
What is the “ancient statute” referred to in the Rig Veda?
7
What does Samaveda verse 1.6.1.4.5 mean?
14
Which rituals need Soma? If the Soma plant is extinct, is there any substitute for it?
3
How many Vedic hymns are attributed to Soma?
13
Is Soma Really a drink Or a Metaphor For Vedic Immortality?