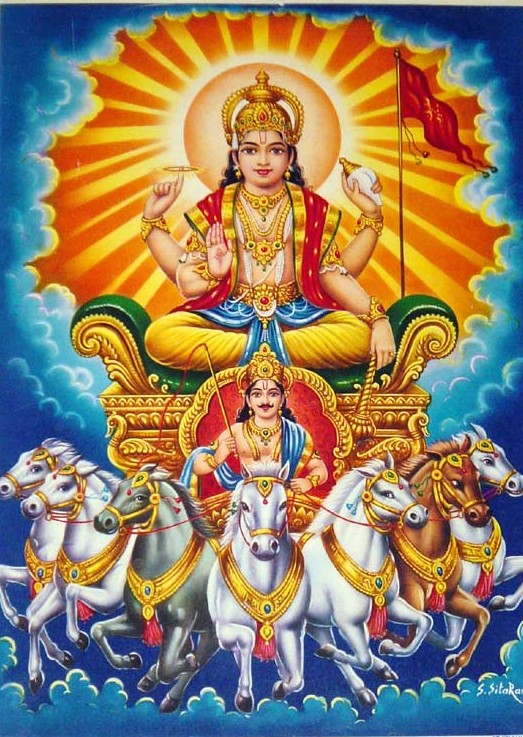 12
Which scriptures describe the chariot of Sun God?
10
What is the story of origin of Yoga?

7
What is the origin of twelve Surya namaskar mantra?
3
Hindu scriptures say Sun moves in a Chariot pulled by horses. What does this mean?
7
What are the seven rays of the sun?
6
What is the relation of Surya & Yama with Agni?
7
Who is the mother-in-law of Surya?
3
What is the best shloka for worship of Surya Deva?