What is the difference between yoga and yogasana?

We keep people using the terms "Yoga" and "Yogasana" interchangeably. Are they synonym? If not, what is the difference between the two?

You would have seen people performing these kind of postures- 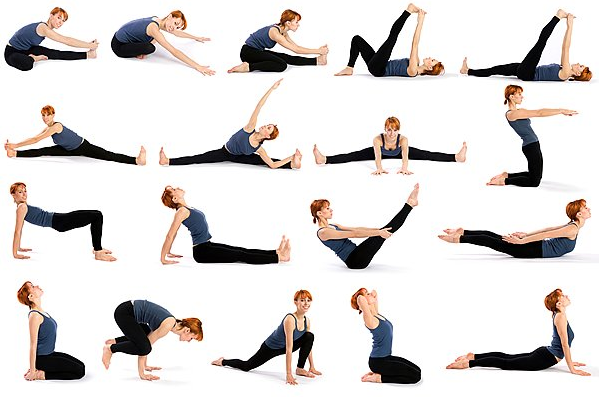 In simple terms, this is Asana; more precisely Yogasana, since asana is part of Yoga (both asana and yogasana mean the same)

Pathanjali's sutra for asana is-

Which means a posture which is steady as well as comfortable is an Asana.

Now, what actually is Yoga?

Yoga is a discipline or practice, consisting of 8 stages, to attain higher consciousness. And Asana is one of the stage in the Yoga. (hence Asana is also referred as yogasana) 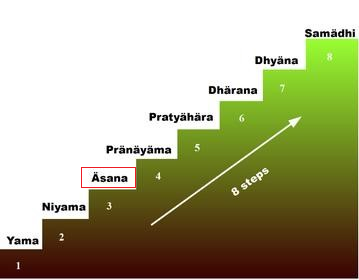 Pathanjali's sutra for yoga is-

Meaning - mind is often compared with monkey for the reason mind's inherent nature is as mischievous as a monkey, doesn't listen to anyone and hard to focus on one thing. So resisting mind from its inherent nature and helping it to keep calm and focused, is what yoga.

So above are the 8 stages you have to go through and master to achieve that state of mind.

One has to complete a given stage to proceed to the next stage. It is designed in such a way that the previous stage helps in progressing on the next stage. Say, you have to perform Pranayama, for which you need to sit in a yogic posture (Padmasana, swatikasa, vajrasana, bhadrasana or veerasana). So unless you have mastered asanas, you can’t sit in those postures for significant time without being distracted because of body ache. And also you can’t maintain that proper physical posture which is required for Pranayama. Similarly, pranayama lays a stepping stone for the subsequent step, Dhyana by grooming on controlling your mind.

It gets tougher as your move up the ladder. Since the thinks that you work on changes from physical body towards your mind. 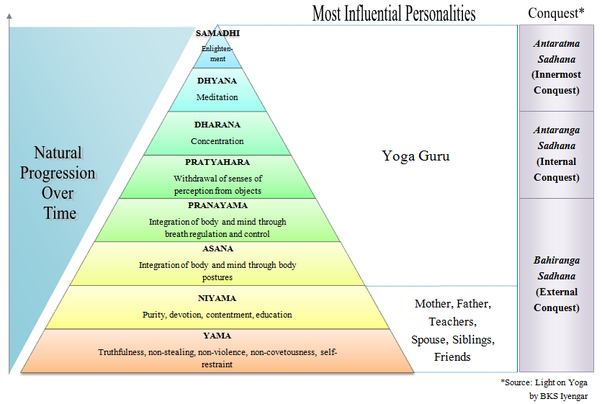 Since Asana helps in maintaining a health body, lot of people practice it and it has gained popularity. And also it is the easiest one (relatively) among the rest of the stages. As a result Asana has been used as a misnomer with the word Yoga.

Only if the vehicle like body is healthy, practicing yoga becomes more than 3 times easier, wiser - hence Yogasana is very critical part of the Yoga system. If the body is fit, immune, self can be firm to complete all the roles and responsibilities it's obliged to, without much resistance.

Thus, yogasana is not completely Yoga in itself, it is simply one part of Yoga.

Using meditation as a mean, the soul consciousness should be made to increase. Here, simply by maintaining a sense of surrender of thoughts, errorneous emotions one can gradually attain the state at the eighth level of Ashtang Yoga (8-limbed yoga or union) which awakens the innate humanity residing within man.

Not the answer you're looking for? Browse other questions tagged yoga asana hatha-yoga .

1
What is recommended meditation to know everything about self and surrounding?