Many Scholars have told Hindu New Year is on Chaitra Shukla Pratipada .

But my question is Chaitra Month's 1st day will be Krishna Pratipada .

So why Shukla Pratipada is celebrated as New Year and not Krishna Pratipada ?? 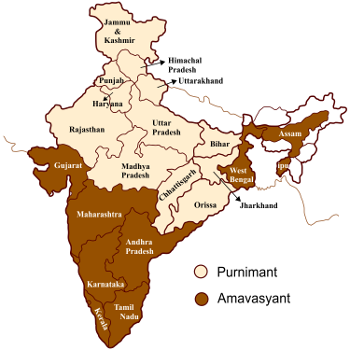 Read a section from a book on Gupta polity for more information on the origin of Amāvasyāṃta and Pūrṇimāṃta​ traditions.

Not the answer you're looking for? Browse other questions tagged vedas calendar navrathri .

6
Is Deepavali a new year's celebration?
8
Which is the oldest known Hindu Calendar?
3
What year is it according to the Hindu Lunar Calendar?
0
When Chaitra Navratri mahurat 2017 is starting - 28th or 29th
8
Why is Yajurveda classified as Krishna and Shukla?
3
When is Avani Avittam (Upakarma) this year?