Uchishtha Ganapathy is one of the 32 forms of Ganesha, mostly worshipped in an impure state and only after receiving the Deeksha from a realised guru. He is assumed to be having oral sex with Neela Saraswathi where his trunk is exploring the yoni of Neela Saraswathi which is nothing but kamakhya. Neela Saraswati holds uchishtha Ganapathy penis, stroking it up and down. He accepts anything without differentiating and often worshipped in vama marga. Devipuram practices UG, I am an initiate of devipuram guruji (amritananda natha). These are his pictures. 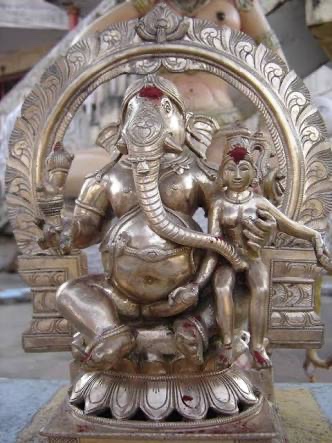 The 37 beeja vidya is his ultimate mantra, where he is fornicating with Neela Saraswathi and both are very close to orgasm!! 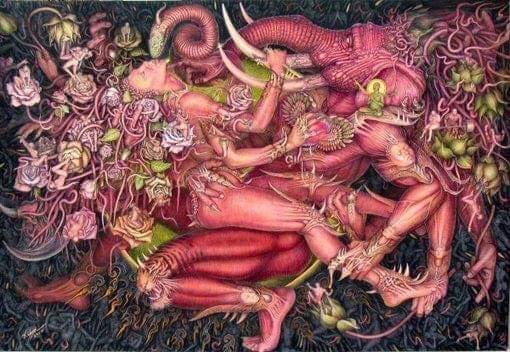 5
About UcchistaGanapathi and why its regarded as highest Ganesha form

4
Celebrating ganesh chaturthi
6
Which scriptures portray Lord Ganesha to be the supreme God?
9
What is Sri Ganesh Gita?
5
What is Ganesh Chaturthi/ Ganesh Utsav idol worship size according to shastra and Dharma
1
How are Lord Ganesh and Aditi related?