According to Bṛhaddevatā, Indra, immediately on his birth, fought with Sage Vāmadeva for 10 days and nights. 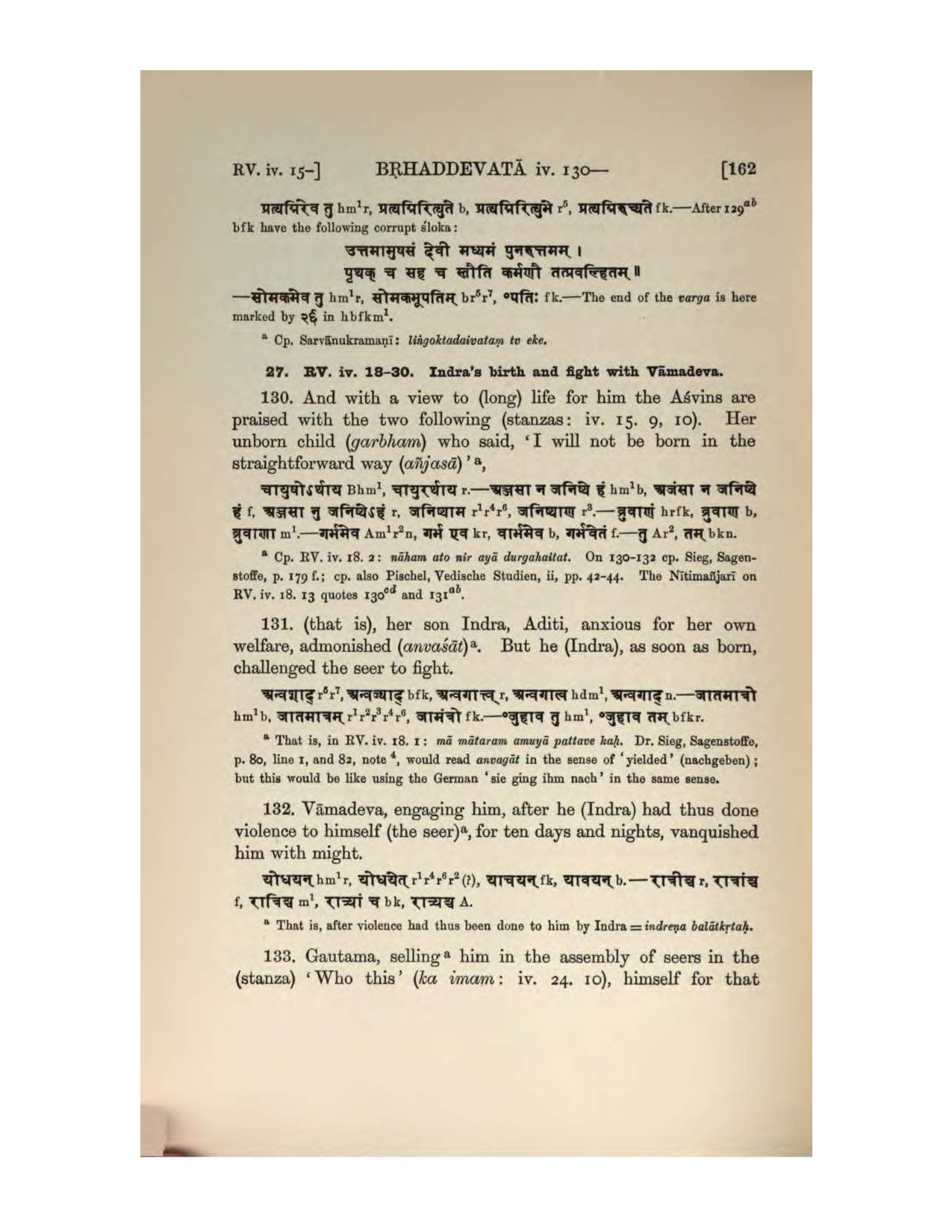 There is a refrence in Mahabharat where Indra tried to kill Vamadeva in war.

The Stories or Myths that were indicated in the Bṛhaddevatā, like fight of Vāmadeva with Indra, do not find place in Rig Veda.

However, these stories are in the form of an explanation to Rig Vedic mantras, which were composed in a cryptic manner, unintelligible to a person with less inclination towards SPIRITUALITY.

The fight between Vāmadeva and Indra should be understood in a SPIRITUAL line only.

Actually there was no fight between Vāmadeva and Indra.

It was Vāmadeva , who had been in SELF REALISATION stage even in his mother's womb! It must be Indra's defeating the EGO of Vāmadeva.

Vāmadeva's hymn must be based on his own experience.

Not the answer you're looking for? Browse other questions tagged rig-veda indra rishi .

15
Was the story of adultery of Indra in the story of Ahalya a PRAKSHIPTA?
3
Can a person achieve Jivan Muktha state without vicharana?

12
What scriptures describe Indra defeating Asuras using Dadhichi's old horse head?
5
Vishwamitra & Indra were enemies so why does the Brahmarishi sing verses in praise of Indra?
10
Why did Indra steal a wheel from the chariot of Surya?
1
Was deed of Indra in demolishing the citadels of gold, silver, and iron, of Danavas, source for the story of destruction of 3 cities by Shiva?