Why does Sage Bhrigu have an extra eye on his foot?

It is a part of folklore that Sage Bhrigu has another eye on his foot. However, it is difficult to find on the internet any authoritative source for this piece of information.

[Lord Vishnu] squashed the extra eye that was present in the sole of Bhrigu's foot. The extra eye is believed to represent the sage's false egotism.

The official page of Tirumala Tirupati Devasthanams (TTD) has a description of "Srinivasa Kalyanam", which mentions the extra eye:

[T]he Lord removed the eye in the foot of the sage, which gave Bhrigu power as to defy the Devas.

Another source with slightly different information is a website by one Mukkur TRS Iyengar on Srivaishnavam practices: in section 1.8 of "KNOW ABOUT SAGES - 12" here, he writes:

Sage Bhrighu had undertaken the severest of austerities, which were too fearsome even to imagine. By virtue of his penance he had a third eye in his foot and could see even beneath the earth.

Vishnu gently pressed the Brahman’s foot and expressed himself honoured and made happy by its contact. While patting his feet Vishnu plucked out the third eye from his feet.

The popular 1974 Kannada film Sri Srinivasa Kalyana directed by Vijay has a scene depicting this event—Lord Vishnu squeezes Bhrigu's eye present on the arch of his foot, which causes Sage Bhrigu intense pain and also douses his anger. This is clearly meant to indicate that there is a connection between the presence of this eye and Sage Bhrigu's ahankara. (I mention this movie only to strengthen my point that the knowledge of Sage Bhrigu's extra eye is indeed a part of folklore.)

Note that no one cites any source for the claim about Sage Bhrigu's extra eye. One would also notice some slight inconsistencies regarding the source and power of the extra eye.

Can someone provide any sources for the presence of an extra eye on Sage Bhrigu's foot? Is it known how or why this eye came about to be on his foot, which foot (left or right) it resided on, and whether it granted Sage Bhrigu any powers? At the risk of making this question too broad, is it additionally known whether there is any similarity of Sage Bhrigu's third eye with Lord Shiva's third eye?

The Venkatachala Mahatmya of the Vaishnava Kanda of the Skand Purana does not contain the story of the visit of Bhrigu to the abodes of Brahma, Vishnu and Shiva.

The image below is to indicate that the Venkatachala Mahatmya is in fact a part of the Vaishnava Kanda of the Skand Purana. 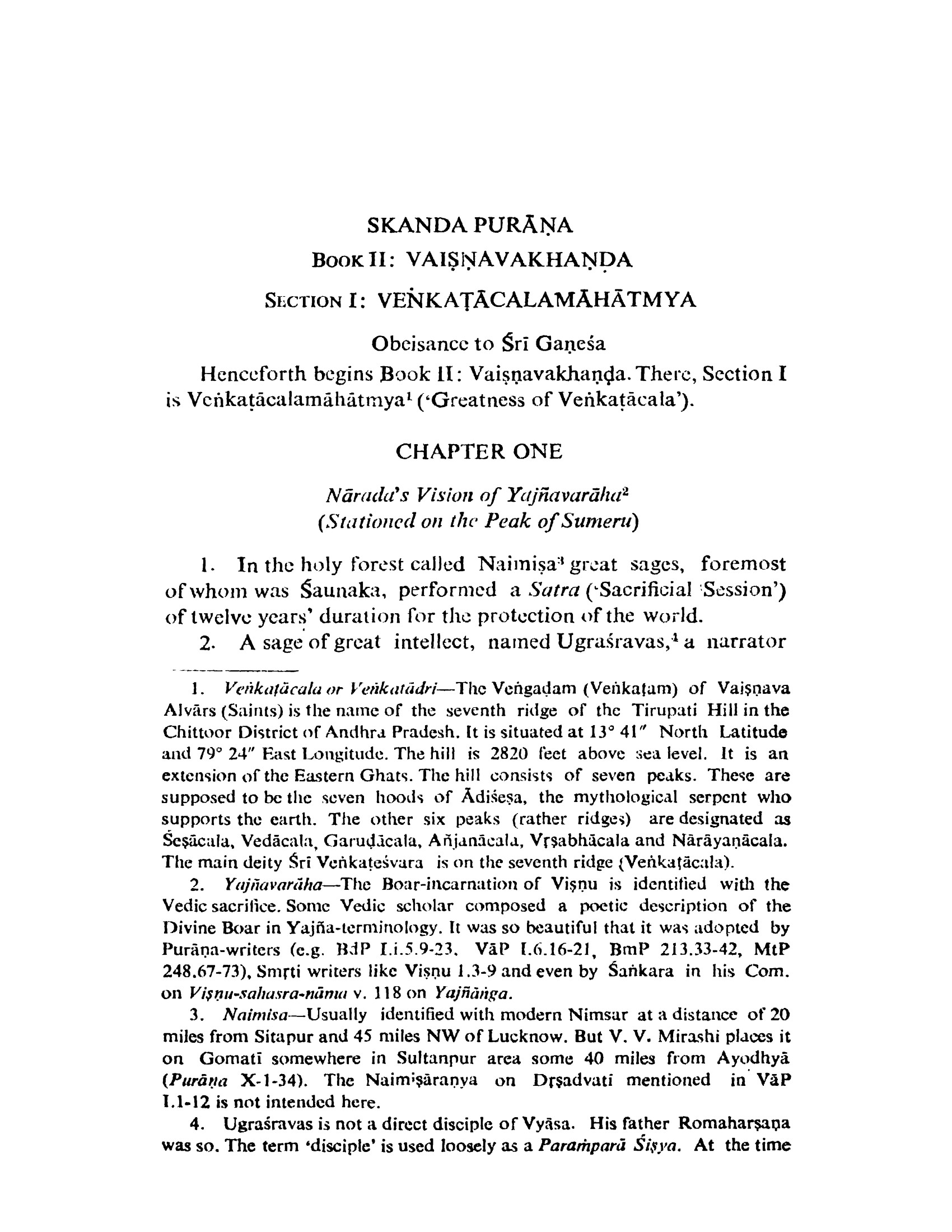 It does mention about Srinivasa's meeting with Padmavathy, when the former was on hunting.

The content in the image pasted below indicates that the original main story (Sri Srinivasa Kalyanam) starts with the meeting of Srinivasa with Padmavathy, with a little narration about Padmavathy's life in the earlier part. 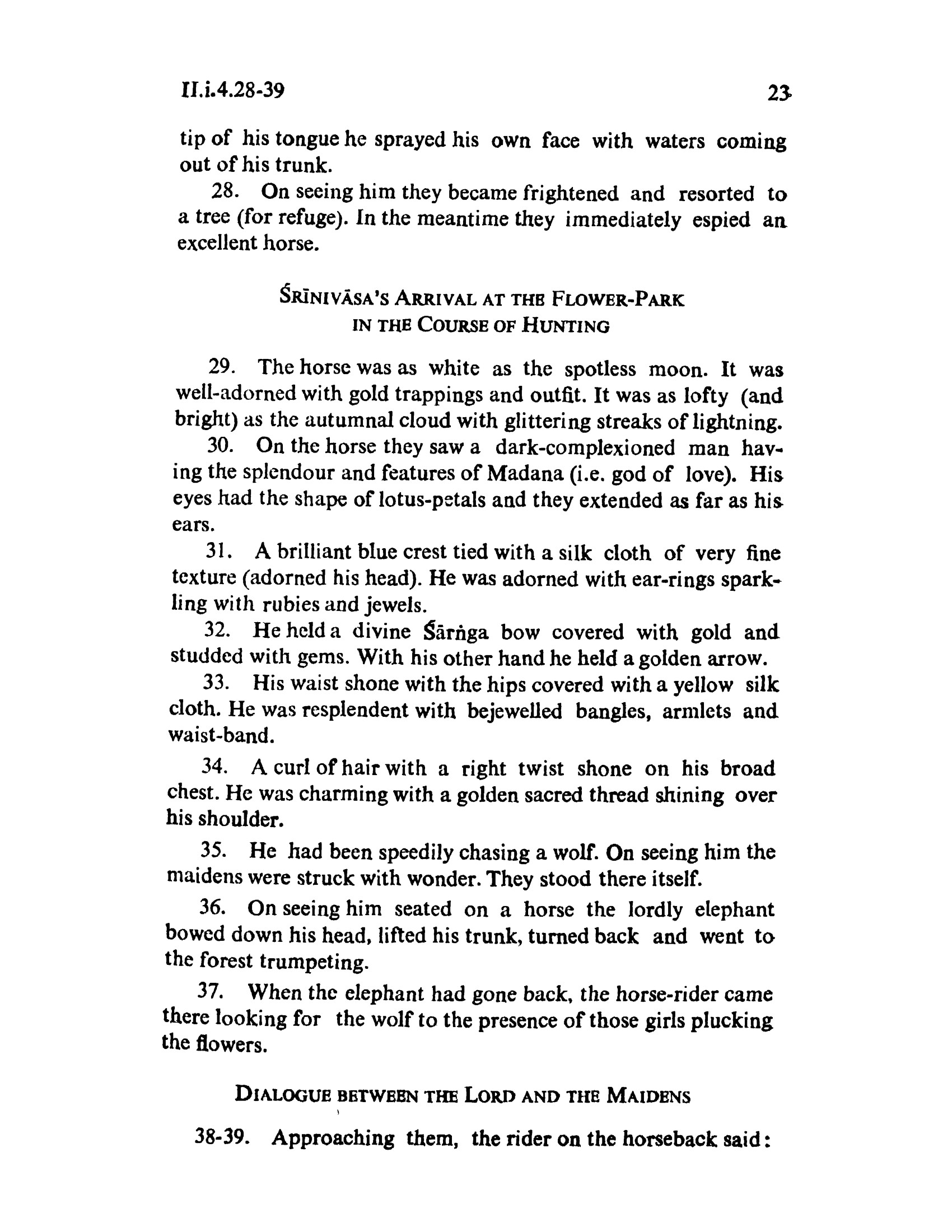 The testing of the Trimurtis by Bhrigu is not a part of the Venkatachala Mahatmya.

The episode of Bhrigu's testing of the Trimurtis occurs in the Srimad Bhagavatam, but it does not contain narration about the existence of an eye in his foot or the removal of the eye of Bhrigu.

7
What is the story of Sage Bhrigu testing Lord Brahma, Vishnu and Shiva?

21
Why did Lord Shiva take 44 avatars if his primary role is to be the destroyer?
11
Why Maharishi Bhrigu was so powerful?
10
Who was Budha-Kaushika?
6
Does anyone know about Sage Gritakoushik?
7
When Goddess Parvati was the daughter of sage Bhrigu?
8
Where did sage Bhrigu do penance?
3
Sri Krishna's Weighing